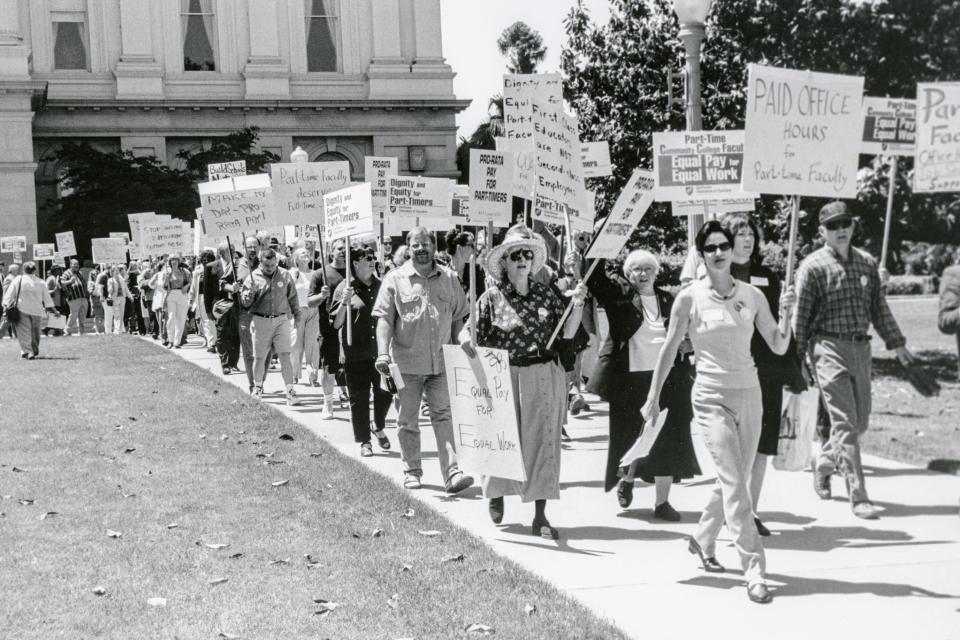 Formed in 1971, the Community College Council gave a voice to the growing numbers of CFT college faculty. Los Angeles history teacher Hy Weintraub, president of the council for much of the decade, brought a coherent statewide identity to the group. 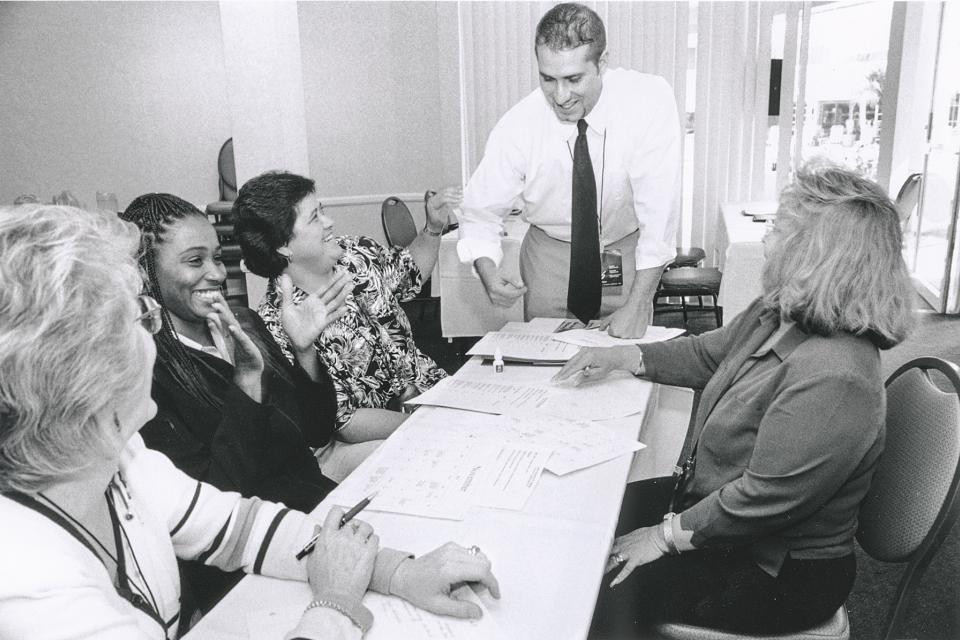 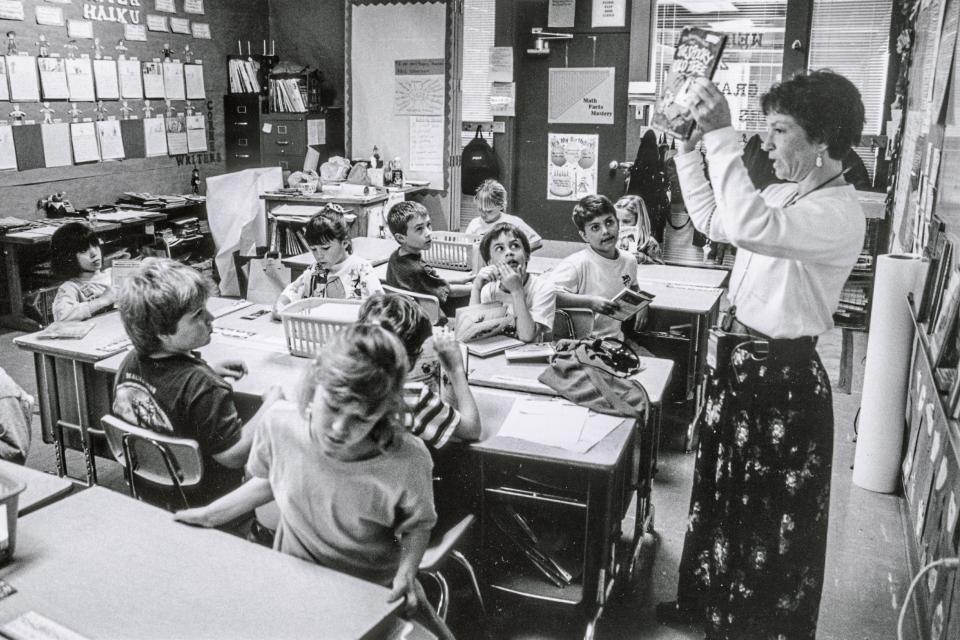 The CFT originally formed as a union of K-12 teachers. As other education workers joined, the membership of CFT diversified. Because the CFT had a working group of teachers — called the QuEST Council — which dealt with curriculum and policy issues, and reviewed current legislation, there was little pressure for a separate K-12 council.

638 dependents awarded $1.76 million
In the mid 1990s, leaders of the Greater Santa Cruz Federation of Teachers decided the CFT, a union of educators, should offer the children of its members scholarships to achieve their higher education goals.

The “Voice of the Union” changes with the times

The committed activists who formed the California State Federation of Teachers in 1919 recognized from the beginning the need for communications among their far-flung members. From rudimentary origins, the California Teacher grew in every way and has been published in print for 70 years.

Dolores Huerta, an organizing legend who co-founded the United Farm Workers with Cesar Chavez, was a Girl Scout growing up in Stockton. She took seriously the idea that people should help one another and try to make things better. Something that particularly angered her was police officers stopping her and her Latino friends — but not the white people they knew — on their way home from a basketball or football game. 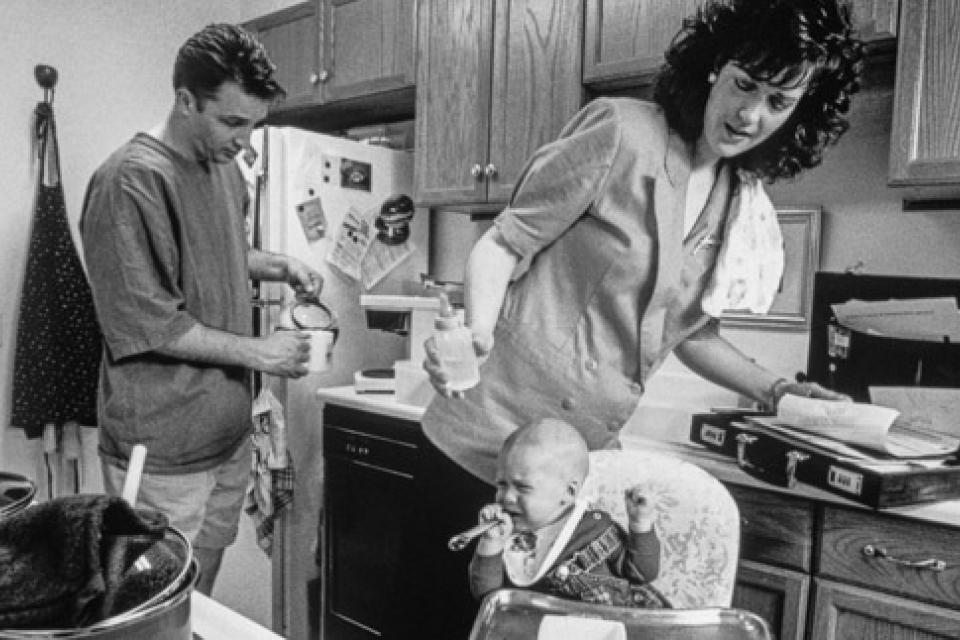 The richest country in the world doesn’t have what? The struggle for paid maternity leave continues

Okay, educators, here’s a pop quiz: Micronesia, Nauru, Palau, Papua New Guinea, Surinam, Tonga, and the United States. What do these countries have in common? The answer is that not one of these has a national paid maternity leave law. Every other nation in the world — 180 of them — has one.

Two union women and the fight for pay equity

How the “comparable worth” campaign succeeded

On a hillside in San Francisco a small public school bears the name of one of the pioneers in the movement for workplace equality. Kate Kennedy was born in Ireland, and like so many others, came to the United States during the Great Potato Famine of 1845-49. She was the first San Francisco teacher to join a union. In 1874, she brought a non-discrimination suit that provided the precedent for “equal pay for equal work.” Ultimately a federal law passed in 1963 made it illegal to pay men and women working in the same place different salaries for similar work.

Watsonville, California, a produce powerhouse — July 1985: Mort Console, owner of Watsonville Canning, the major company in town, suddenly cuts wages by 40 percent and reduces health benefits. The factory workers of Teamsters Local 912 immediately vote to go out on strike, just as Console’s anti-union law firm has advised him they would: “Make outrageous demands; the workers will strike. Replace them with scabs. After 12 months, request a union decertification vote, which will then include the strikebreakers too.” 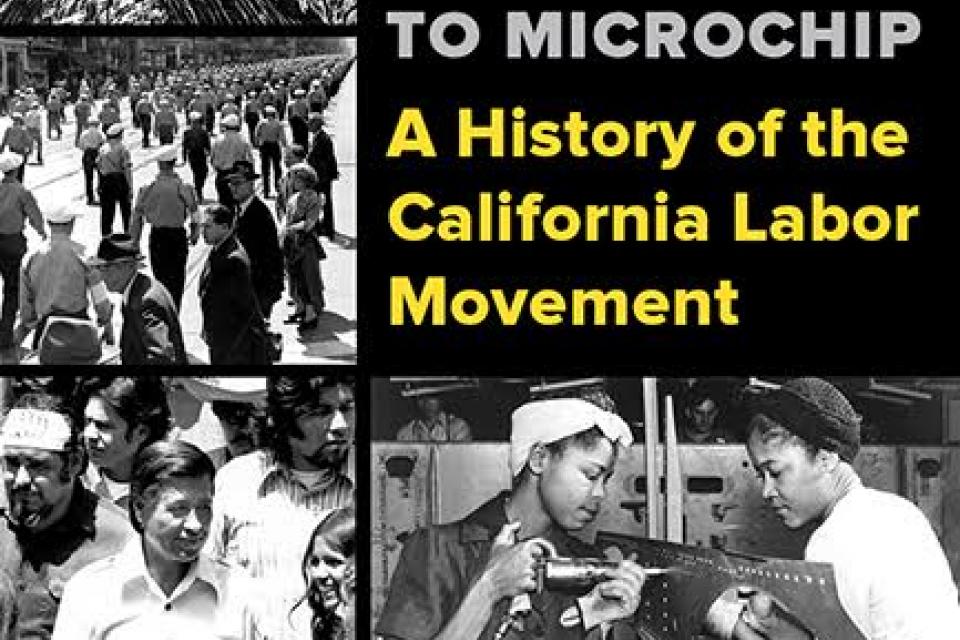 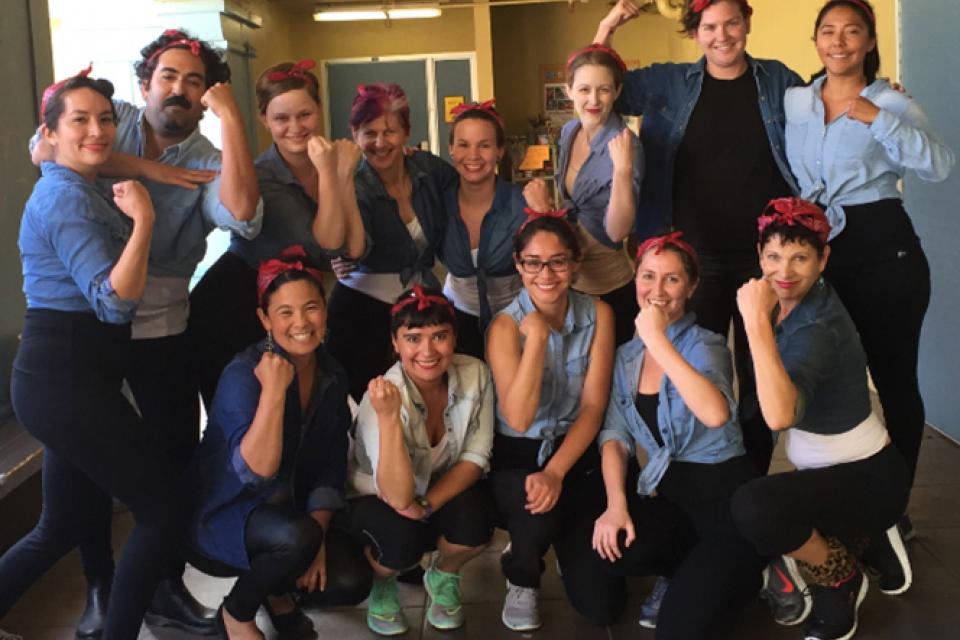 The first 100 years of the AFT

From eight local unions to 3,000 locals and 1.6 million members

World War I and the Depression: The American Federation of Teachers was founded in Chicago, with eight locals signing on as AFL President Samuel Gompers welcomed the union into its fold in 1916. The union operated from one room of AFT Financial Secretary Freeland Stecker’s five-room bungalow in Chicago. President Charles Stillman lived next door.

Teacher, author and former CFT President Miles Myers died December 15 from complications related to heart disease. Myers devoted his six-decade career to improving educational standards and the conditions for teaching and learning in public education. He was 84.

Raoul Teilhet, president of the CFT from 1968 to 1985, who oversaw the successful struggle for a collective bargaining law for education employees, was “a rock star,” said AFT Vice President and United Educators of San Francisco President Dennis Kelly. CFT President Emeritus Miles Myers read a poem and thanked Teilhet for the good times. Long-time CFT staffer Annette Eisenberg told of Teilhet leaving a registration form on her desk after finding out she had never voted, and how he made everyone feel they mattered. 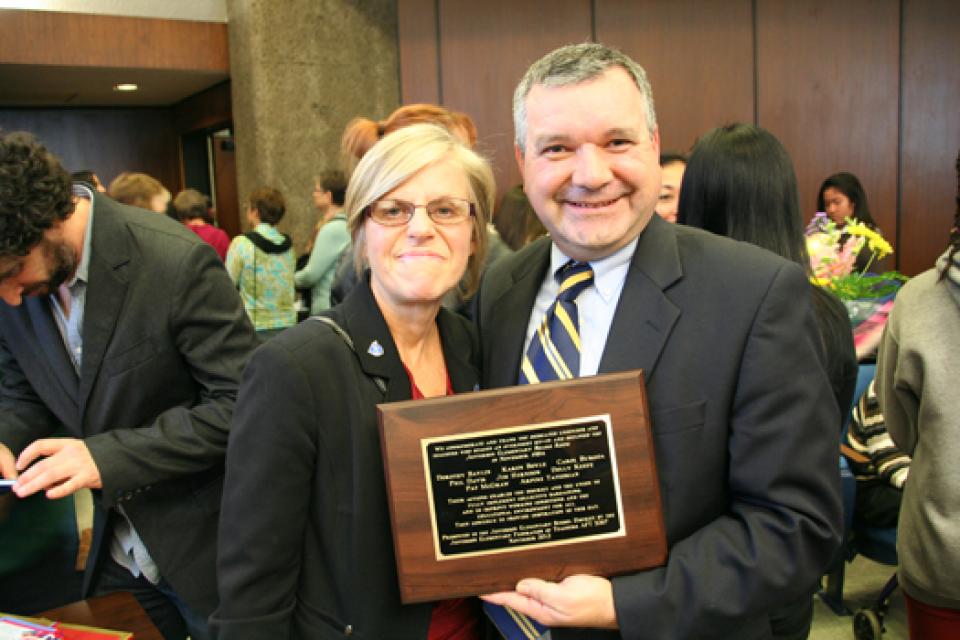 CFT Vice President Melinda Dart, president of the Jefferson Elementary Federation of Teachers, AFT Local 3267, presents a plaque to district Superintendent Bernardo Vidales. The plaque commemorates the occasion when leaders of the AFT local occupied the board room, a key moment in the history of collective bargaining in the Daly City district.

They learned about the best practices in the field. They heard from a legislator about the prospects for progressive legislation in post-recall Sacramento. And they enjoyed a personal visit from beyond the grave of dockworker and union hero Harry Bridges, leader of the longshoreman’s union and the 1934 San Francisco General strike, courtesy of actor Ian Ruskin, who performed his acclaimed solo show, From Wharf Rats To Lords of the Docks.

The second annual Education and Labor Collaborative conference was held at Antioch University/Los Angeles for a labor film fest on the Friday evening of April 24, and at United Teachers Los Angeles headquarters all day Saturday. About 50 people attended the film show, and 75 attended the conference, about 25 of whom were UTLA members who received salary point credit for attending. Last year’s conference was held at United Federation of Teachers in New York.