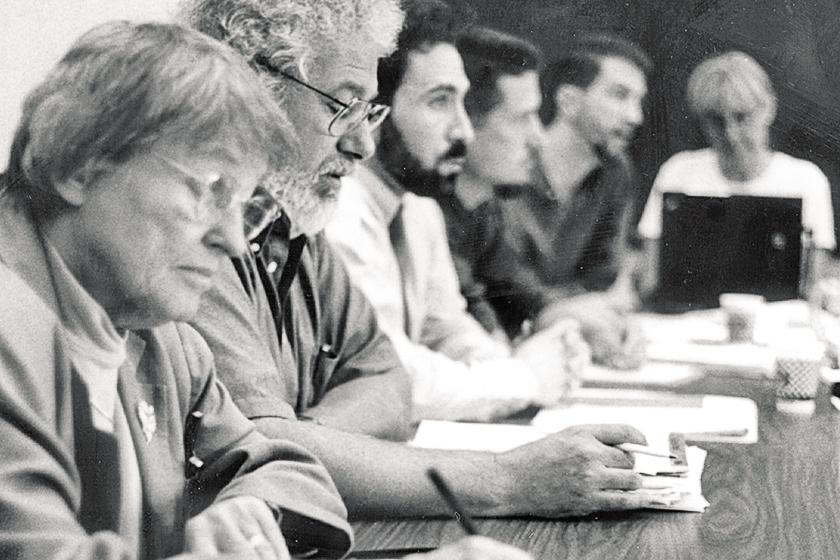 Download a single-sheet illustrated history of the University Council-AFT

In September of 1978, Gov. Jerry Brown made good on a promise to the CFT and signed the Higher Education Employer-Employee Relations Act, authorizing employees of the UC and CSU systems to engage in collective bargaining.

The University Council-AFT had already been formally organized on June 19, 1971, when seven AFT locals at UC voted to establish themselves as a council. The council and its constituent locals had represented UC employees as a non-bargaining agent since 1963.

In 1983, librarians chose the UC-AFT as their exclusive bargaining agent; in 1984, contingent faculty also chose UC-AFT.

Today, UC-AFT comprises nine local unions (one at each undergraduate campus) and two bargaining units. UC-AFT is the exclusive bargaining representative for more than 4,700 contingent faculty (mostly lecturers) and 360 professional librarians at all UC campuses. UC-AFT negotiates a single, statewide collective bargaining agreement for each unit, bringing clarity and consistency to policies and practices across the UC system. 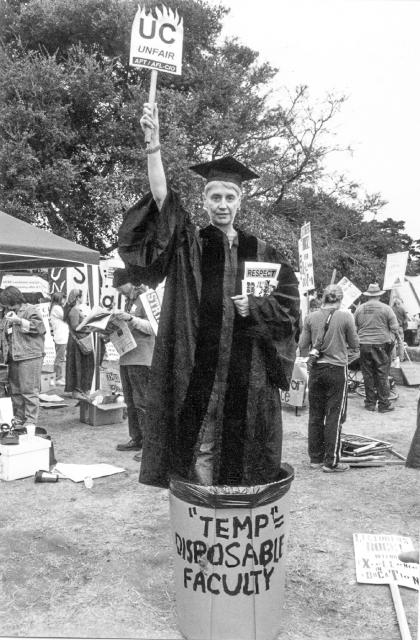 In their original 1986 contract, contingent faculty won unprecedented three-year renewable appointments that ended the existing policy of forced turnover after eight years. A 2003 strike was required to win continuing appointments that granted seniority rights and indefinite employment for lecturer faculty who pass an excellence review. These victories have enabled thousands of accomplished scholar-teachers to have long careers at UC.

For their part, librarians have achieved consistent raises, professional development funding and opportunities, and improved leave benefits. Their persistent efforts have had a profound effect on reducing gender discrimination and increasing equity in a historically feminized profession.

Both contracts provide members with health and retirement benefits, parental leave, grievance processes, layoff protections, and other critical rights. Thanks to UC-AFT activists, both lecturer and librarian salaries have outpaced inflation and risen more quickly than pay for non-unionized staff. Through recent organizing, UC-AFT has welcomed teachers at three K-12 laboratory schools operating on UC campuses into the faculty bargaining unit.