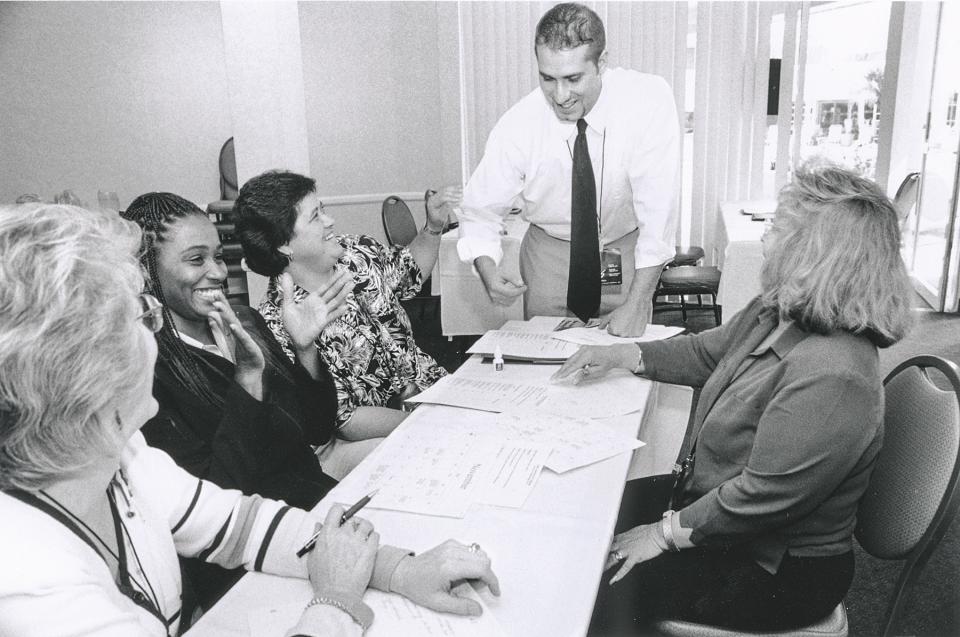 Reflecting the evolving nature of the CFT, the union created the Council of Classified Employees in 1982 so that its support staff members could participate fully in union governance.

Dissolving the artificial barriers between “bargainable issues” and other professional matters, the AFT and the CFT began to reframe the education discussion to include teachers and support staff as decision-making partners. The new unity between teachers and their co-workers greatly increased the power of both groups in the battles waged during the 1980s.

In its quest for professionalism, the union recognized that restructuring the classroom involves both teachers and paras, and that classified employees play a key role in student success. Through legislation and contract language, the union made sure all its members moved together towards change.

Barbara Kleinschmidt guided the Council of Classified Employees through its first decade. She was a clerk stenographer, and later instructional assistant, from the AFT College Guild in Los Angeles, where she helped write standards for staff participation in shared governance. As CCE president, Kleinschmidt advocated for staff in what had been an exclusively faculty union and established the CCE as a player in the CFT, the AFT and in California.

The division would undergo more change after Terry Elverum, a media production specialist from Cuesta College in San Luis Obispo, was elected president in 1995. A year later, the AFT/CFT launched the Classified Employee Organizing Project.

The CCE continues to increase the profile of classified employees in the union and at the worksite. Successful CFT legislation has given staff more voice on district governing bodies and representation on the Community College Board of Governors, and extended the layoff notice for classified employees to 45 days from 30.

Successful lobbying has led to CalPERS pension improvements, safer workplaces with doors that lock from the inside, pesticide use reporting on campus, auditing of technology use on campus, and financial support for staff to become credentialed teachers.