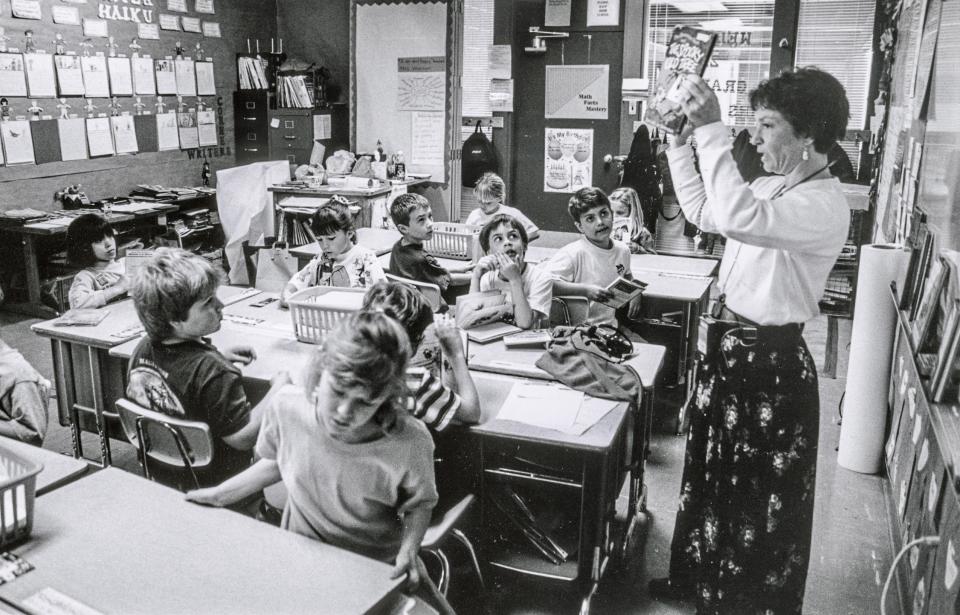 The CFT originally formed as a union of K-12 teachers. As other education workers joined, the membership of CFT diversified. Because the CFT had a working group of teachers — called the QuEST Council — which dealt with curriculum and policy issues, and reviewed current legislation, there was little pressure for a separate K-12 council.

Delegates at the 1990 Convention voted to establish a “Pre-school, K-12 Council,” similar to the Community College Council and Council of Classified Employees already in operation.

In a hotly contested election, Bill Crawford, president of the Poway Federation, won the presidency. To its leaders, the new council meant revitalized local participation and renewed opportunities for activism and representation.

“The fact that most of the current movement in restructuring is aimed at this group means they’ve got their work cut out for them,” said then-CFT President Marv Katz. To this day, K-12 education faces constant pressure from self-proclaimed experts who think they know better than educators how to teach our children.

To support teachers through research-based evaluation, the CFT launched trust agreements between K-12 districts and local unions to negotiate in areas beyond contract scope. One such agreement, pioneered by the Poway Federation of Teachers, became the precursor for the Peer Assistance and Review program.

The success in Poway led to CFT supporting statewide funding for a similar program proposed by Gov. Gray Davis in 1999. The new Peer Assistance law provided unions and districts ways for teachers to improve their craft through professional peer coaching (even though the 2008 recession would nearly decimate program funding).

CFT held trainings for locals to negotiate the new program. The EC/K12 Council hosted annual conferences on current educational issues. CFT skillfully interpreted the No Child Left Behind Act for local unions and members after George W. Bush signed the law in 2002.

As a result of NCLB, a national movement against high-stakes standardized testing had taken hold. Pressure from educators, their unions, and parents succeeded in eliminating most high-stakes testing.

The EC/K-12 Council keeps a watchful eye on education policy, teacher credentialing, the State Board of Education and other policy-making bodies. It has been a staunch advocate for teacher professionalism and research-based solutions that include the experiences of classroom teachers.

Perhaps most importantly, the council provides a forum for proposals from “education reformers” in their districts, sharing how locals can advocate for teachers and students.