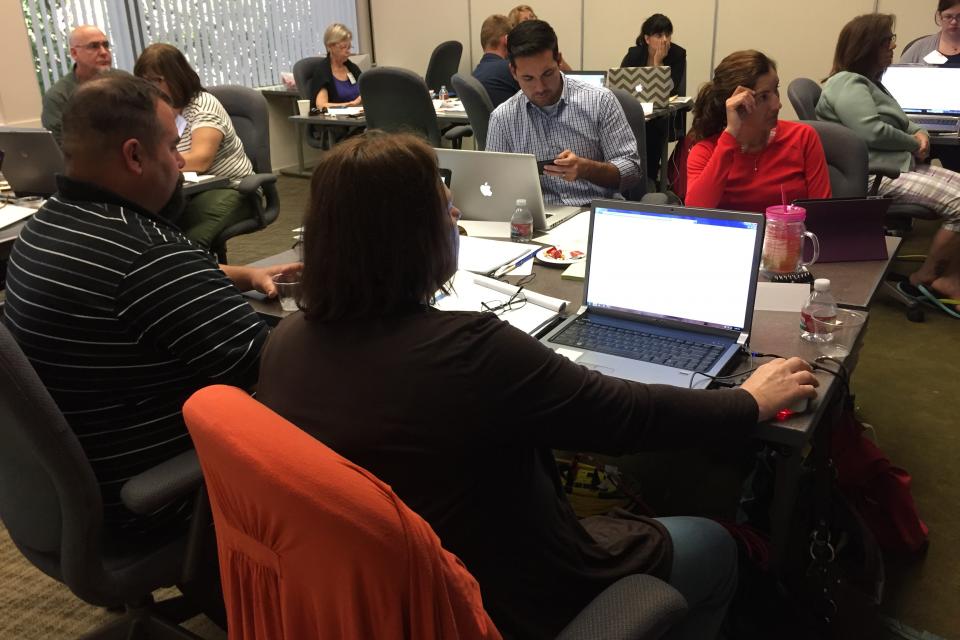 The CFT’s annual Union Summer School kicked off on Monday, June 22, with rank-and-file members from CFT locals across the state in residence at Cal Poly Pomona’s Kellogg Conference Center. 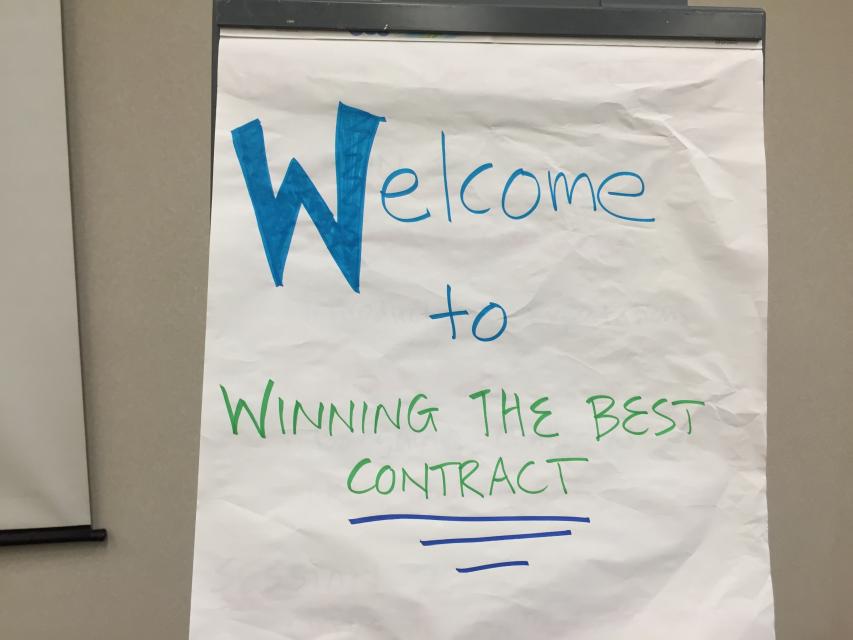 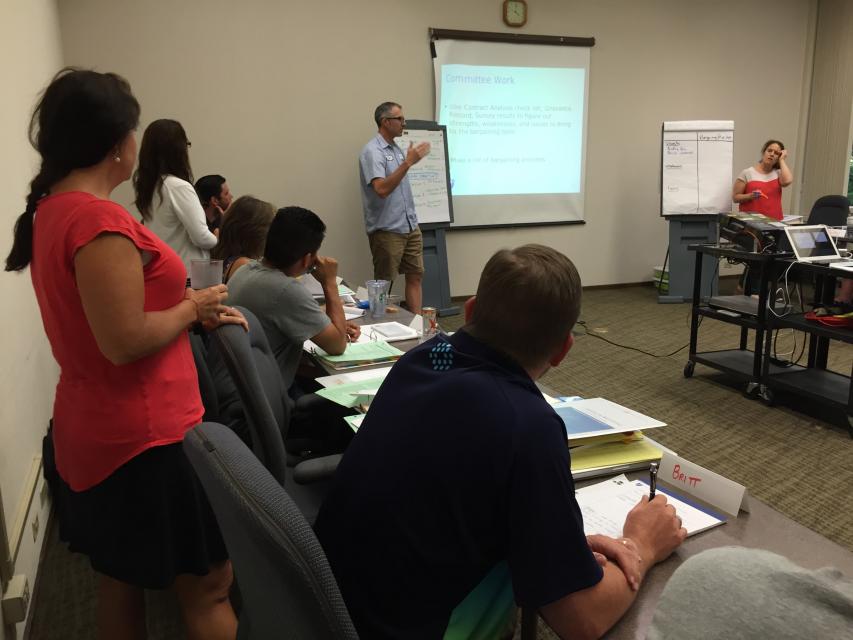 A half dozen week-long classes kept the union activists busily engaged with nuts and bolts union skill-building led by CFT staff and leadership. The majority were first-time attendees at the popular training.

UC Riverside librarian Carla Arbagey says, “Technology is like air to me.” It is essential in the library, where she integrates systems and tracks information on more than 3.4 million items. She is the winner of the 2014 Technology New Leader Award from the California Library Association, and a self-described “type-A personality” who likes things to be tidy, organized, and efficient.

One by one: Organizing team signs up part-time faculty

Why does anyone join the union? …because someone asks them

Member organizers from local unions throughout the state joined forces at Palomar College to meet one-on-one with part-time faculty agency fee payers who had not yet signed their union cards — and asked them to join the union.

How does a new PG&E worker like Nilda Garcia become an organizer traveling the nation to fight for social justice? Garcia is one of a group of “organizing stewards” that has ignited passion in her union, the International Brotherhood of Electrical Workers, Local 1245.

In February, Berkeley teachers posted 1,000 “Black Lives Matter” signs in classrooms, hallways, administrative offices and on school grounds to highlight recent court decisions on the police shootings of young black men. They are also distributing “Black Lives Matter” lesson plans and resources to teachers in every grade level at the nearly 20 district sites.

Noon duty supervisors serve as at-will employees and work only a few hours a day at the district’s six elementary and two middle schools, but the final straw, according to Local President Carl Williams, was not getting a 4 percent raise that faculty and classified received. 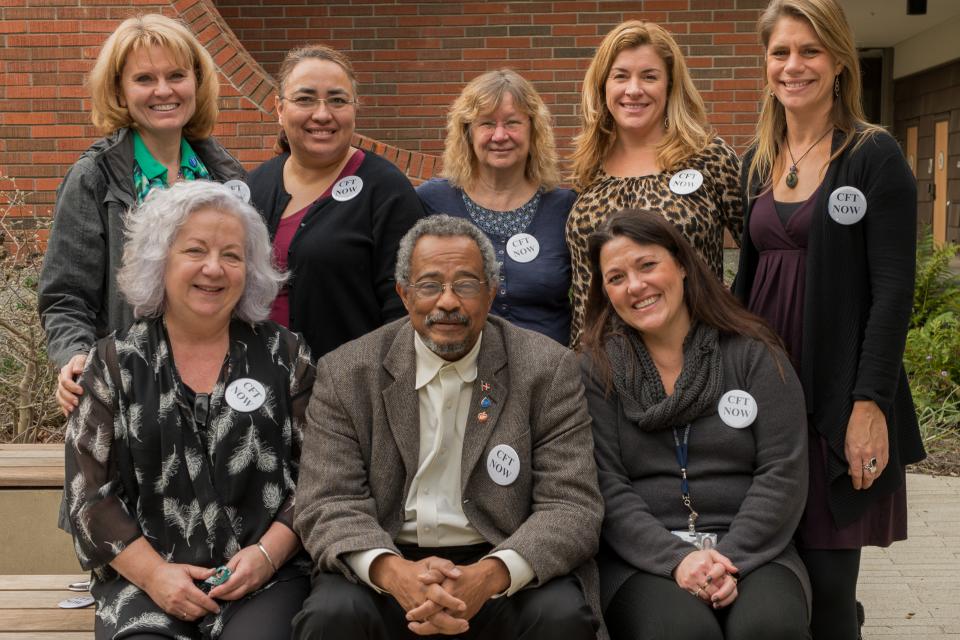 Citing disrespect by their district and low pay as motivation, more than 90 percent of faculty at the West Valley-Mission Community College District casting ballots in the November 19 representational election chose to affiliate their previously independent union with AFT/CFT.

When math teacher Cheryl LaBrecque joined the staff of the French American International School in San Francisco in 1999, the preK-12 school was small and “things worked better.” Staff members “had a closer relationship with administration,” she says. Since then, it has become “more corporate, more top-down, more about money.”

Chris Hables Gray is widely known in academic circles for his research on the U.S. military post-World War II. The UC Santa Cruz lecturer has also written extensively about how technology is transforming humans.

After months of mobilizing staff, parents and community allies from Watts and Koreatown to East Los Angeles, Early Childhood Federation President Ruben Siguenza recently sent supporters some bad news. “I regret to inform you that our fight is over,” Siguenza wrote in an April 18 email. “We have lost Kedren Head Start.”

One in four of AFT’s 1.56 million members belong to a small local, and 90 percent of AFT local unions are considered small, defined as having fewer than 600 members.

While belonging to a small local can foster a sense of teamwork, small locals often come up short of the resources, training and volunteers to effectively represent members, according to a new AFT task force. 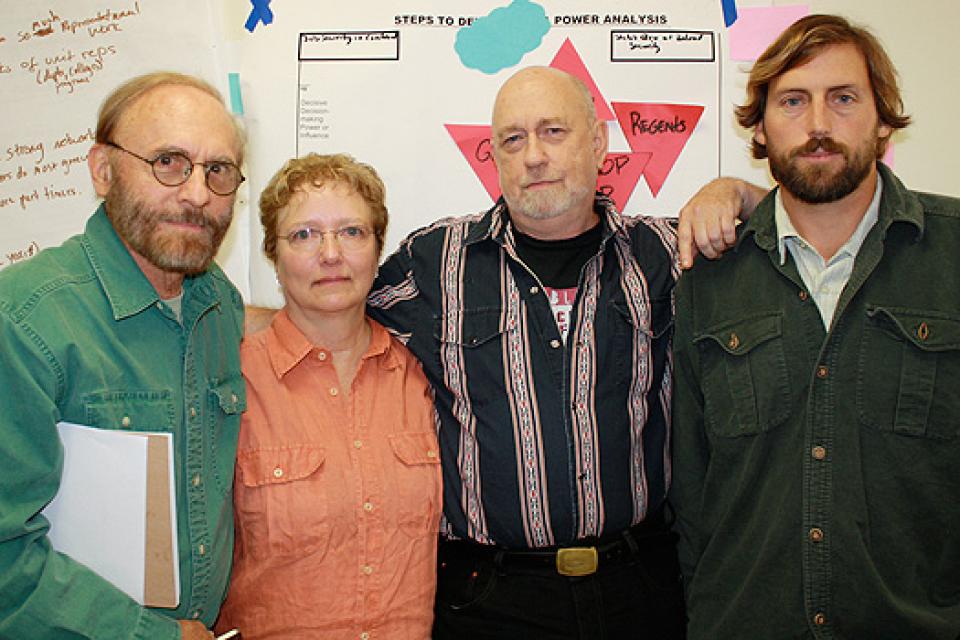 Goetz Wolff has taught at UCLA for more than 20 years, but was generally more involved with Southern California’s vibrant labor movement than with the union on his job. Wolff, for example, earned high praise for his six years as research director at the Los Angeles County Federation of Labor, but barely knew the ins and outs of the University Council-AFT.

Now the faculty have union representation, are on salary schedules with opportunities for schedule advancement, and can accrue sick leave. 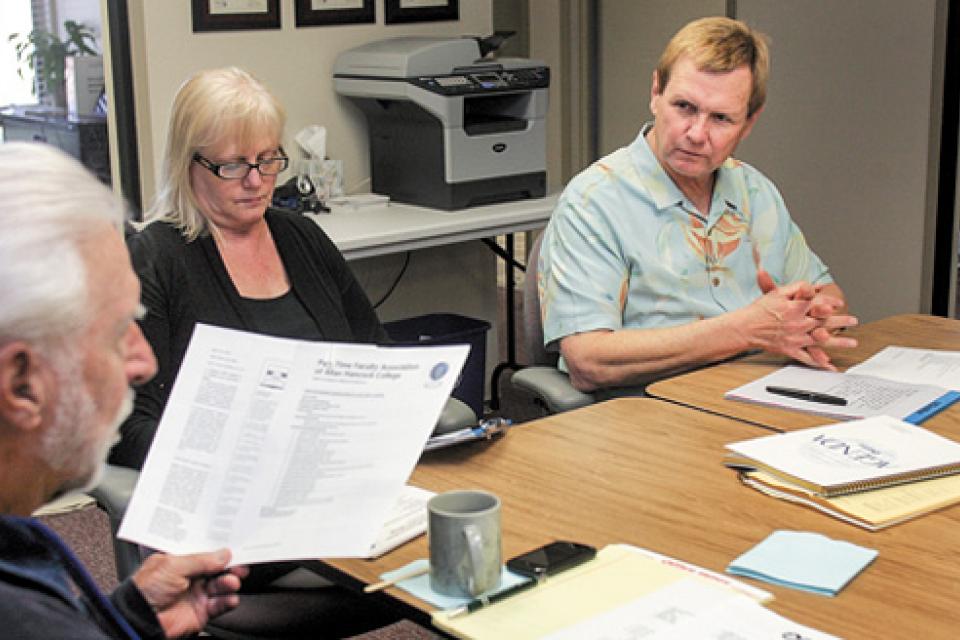 Mark James Miller: Meet one of the hardest working organizers of part-timers

English instructor and president of the Part-Time Faculty Association of Allan Hancock College Mark James Miller says that one of the accomplishments of which he is most proud is “getting administrators to recognize how important part-time faculty are. Part-time faculty used to be invisible to them, or seen as just interchangeable parts. That’s not the case anymore.”

Watts was still smoldering from the riots in 1965 when Kedren Head Start began serving local families. Today, about 350 Kedren employees care for more than 2,100 children at 32 sites from South Los Angeles and Koreatown to the Eastside.

“All of us work in low-income, dangerous areas,” said Margaret Garcia, a family service advocate at one of Kedren’s multiple Watts facilities. An undercurrent of violence runs through the neighborhoods.

They work in the shadows of society and have been excluded from the most basic of labor protections. Yet those domestic workers who care for seniors, children and the disabled, have risen above their historic isolation, built an effective coalition and performed the seven years of heavy lifting that saw their struggle succeed.

The CFT has established the Retiree Organizing Committee to help local unions take advantage of the experience, skills and commitment of retired union members.

The goal of this new standing committee is to organize AFT retiree chapters around the state so that retirees may continue to contribute to their unions — and have opportunities to connect with former colleagues. 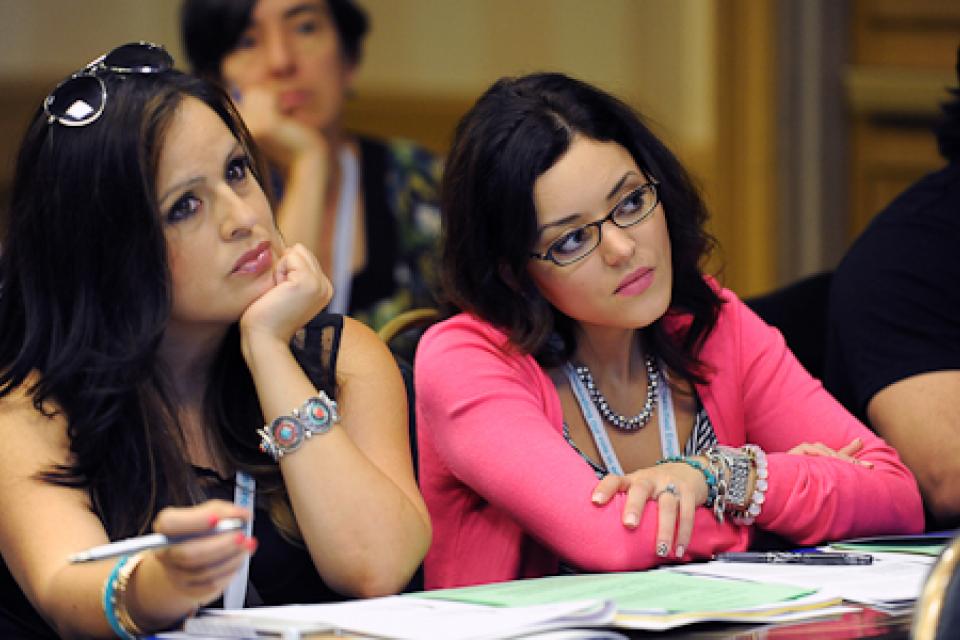 Participants celebrated 31 years of classified representation through unionism, honoring council leaders, past and present, and highlighting the key role that classified employees perform every day in California’s schools and colleges.

Educators at three charter schools choose AFT as their union From a county jail to construction academy, charter workers are seeking union representation

Seeking a larger voice in their workplaces, career stability and the power to better serve their students, teachers and counselors at three charter schools recently voted AFT as their union, and will have the benefit of belonging to well-established and effective AFT local unions.