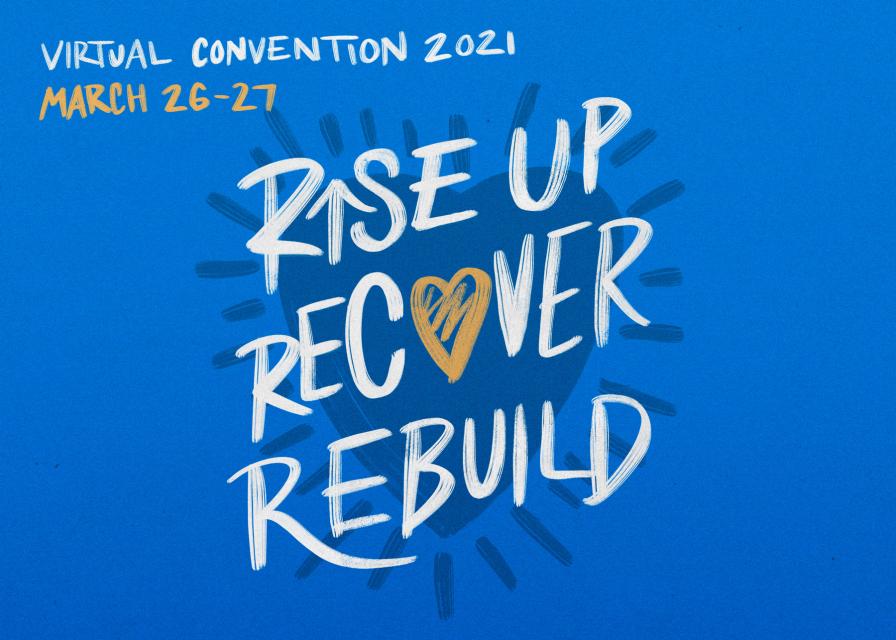 The 78th Convention of the CFT is hereby called to convene online on Friday, March 26, 2021.

The 78th Convention of the California Federation of Teachers is hereby called to convene online on Friday, March 26, 2021, at the hour of 9 a.m. and will remain in session two days or until such time as it has given full consideration to such matters as legally may be brought before it.
— Jeffery M. Freitas, President

The biennial CFT Convention is the highest policymaking body of the Federation. The union’s vitality and democracy depend upon participation in the Convention by delegates from locals in good standing.

Please study the information below carefully, and plan now to ensure your local’s representation. You may also download the print Convention Call.

Delegates must be nominated and elected according to the CFT By-Laws and the Labor-Management Reporting and Disclosure Act (commonly referred to as the “Landrum-Griffin Act”). This federal law, the AFT Constitution and the CFT Constitution, require that:

Although many locals divide expense allocations equally by common practice, the Labor Department has ruled that expenses need not be distributed equally among the delegates, provided that the rule for allocating the expenses is passed before the nomination of candidates. The guiding principle to follow is that the rule must be reasonable and able to be uniformly enforced.

How Many Delegates to Elect

The CFT Secretary Treasurer shall conduct an election for the delegates and alternates no later than two months prior to the Convention by a secret mail ballot listing all nominees and their employers. The nominees receiving the highest number of votes will be considered delegates and the next highest, the alternates.

Small Locals Can Form a Council to Elect Delegates

Locals from contiguous geographic areas with fewer than 100 members each, but in the aggregate fewer than 300 members, may form councils of locals to elect a common delegate to the Convention. (CFT Bylaws, Article I, Section 2a)

Locals With Common Employer Can Form a Council to Elect Delegates

A council of locals doing business with one employer common to all the council’s locals, may be recognized by the Executive Council as a council of locals to elect a common delegate to the Convention. (CFT Bylaws, Article I, Section 2b)

Requirements for Local Delegations to be Seated

How to Submit Constitutional Amendments

Upload has closed. Constitutional amendments were due to CFT no later than January 29.

How to Submit Resolutions

When writing resolutions on topics that impact our union and the work we do, please take the time to research your whereas’s and resolves and write the resolutions as clearly as possible. It’s important that delegates cast informed votes at CFT Convention, so please follow these guidelines for writing effective resolutions.

Following are the rules for submitting late resolutions as specified in the Convention Rules.

A. Special Orders of Business

Resolutions were due to CFT no later than February 12.

However, if a resolution meets the rules specified above for Late Resolutions, the resolution may be emailed to CFT. To submit a late resolution, please follow these steps.

All constitutional amendments and resolutions are first reviewed by one of the Convention committees. These committees are given the task of recommending whether an amendment should be adopted, whether a resolution needs modification, what action the Convention should take concerning the resolution, and the order of importance for resolutions to be considered.

Delegates may serve on the Convention committees listed below. The deadline for delegates to choose their committee service was March 12.

Elections to take place at this Convention are CFT President, Secretary Treasurer and 24 Vice Presidents, plus delegates to the AFT Convention 2022 and the California Labor Federation Convention 2022.

Voting by delegations will take place by mail ballot. Voting instructions will be posted on the website as they become available. Election results will be announced about four weeks after the Convention.

The CFT will make every effort to assist in ensuring that the Convention is in compliance with the Americans with Disabilities Act, and will attempt to accommodate any special needs so that delegates may participate fully in Convention activities.