The passage of SB 161 last year allows administration of a prescription dose of valium by a non-medical K-12 school employee volunteer to students with seizure disorders. CFT opposed this legislation because we believed it placed school employees in the position of performing tasks better performed by medical professionals. Nonetheless, it is now law. 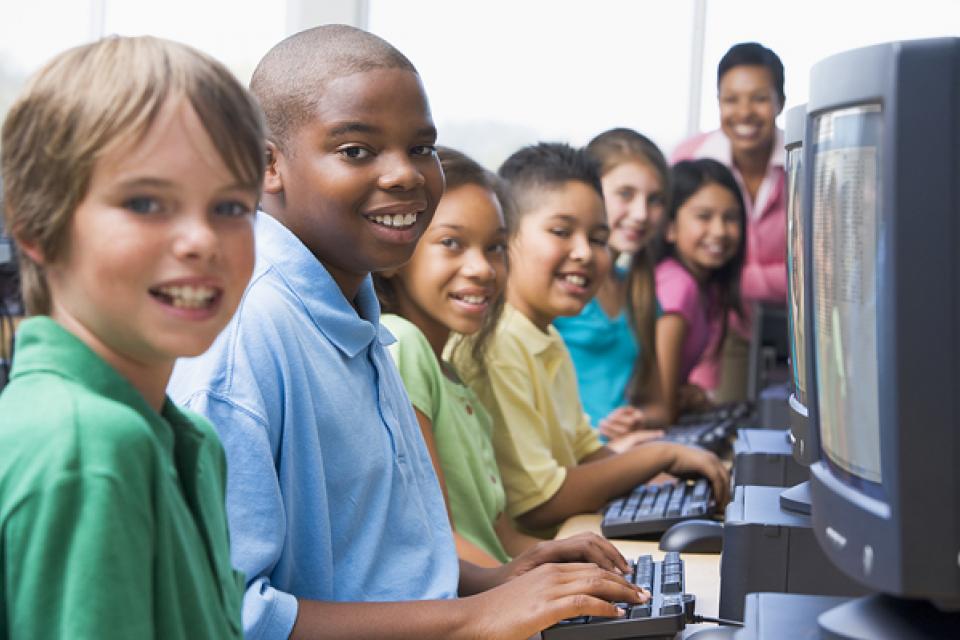 Showing their hand, opponents of the much-debated AB 5, A Best Practices Teacher Evaluation System (Fuentes), stated in testimony to a state Senate hearing yesterday that they are opposed to a provision that the tests used to measure academic growth be “valid and reliable” for the curriculum, the pupil being taught, and for the purpose of teacher evaluation. 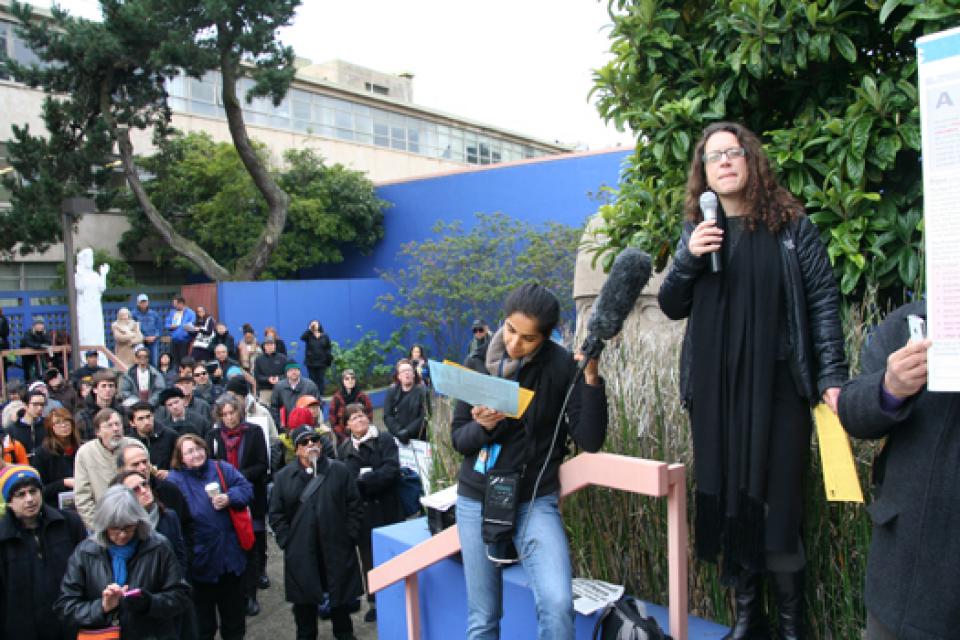 Faculty and students rally to save San Francisco City College

Alisa Messer, president of AFT Local 2121 at City College of San Francisco, speaks to a crowd of several hundred faculty and students outside Diego Rivera Theater. The rally was held at the same time as the interim chancellor was delivering her remarks on Flex Day to a nearly empty auditorium.

When workers stand together, we can win!

I spent the day after Thanksgiving with family and friends at Walmart. We weren’t in front of the largest — and richest — retailer in the world for Black Friday sales. We were there to support employees standing up for what every worker wants: dignity and respect on the job.

Walmart’s formula for “success” is no secret. They offer cheap prices by paying suppliers around the world like dirt, paying their 1.4 million employees like dirt, and driving smaller competitors out of business. If other “big box” stores try to play by the same rules, it touches off a race to the bottom that spreads the pain.

Get Connected Organizations and campaigns advocating for contingent faculty

Coalition of Contingent Academic Labor (COCAL ) An integrated coalition of activists from faculty organizations and unions representing contingent, non-tenured faculty members in all segments of higher education in North-America, with the goals of coordinating activities to educate the public about the inequities of contingent faculty, promoting legislation, and improving bargaining rights, working conditions and education standards.

AFT Local 2121 continues the fight to save City College of San Francisco after the Accrediting Commission for Community and Junior Colleges labeled the college with its most severe accreditation sanction, “show cause.”

Part-time faculty members of CFT attended the 10th conference of COCAL International, the Coalition of Contingent Academic Labor, in Mexico City, where California, despite its problems, was held up as a standard for part-time equity.

How can we convince more part-time faculty that union membership and participation are the single best way to improve working conditions, pay rate, and job security within California’s community colleges? One-on-one conversations, say part-time faculty Natasha Bauman and Sharon Kerr, whose local unions are both recipients of a new grant from CFT. The Member Organizing Committee, or MOC, grant helps locals conduct member outreach and sign up new members.

Instructors, students and others committed to quality public education in California breathed a sigh of relief with the passage of Proposition 30, the ballot measure that will bring increased revenue to public education and other services through temporary progressive taxation.

In a victory for part-time community college faculty enrolled in the CalSTRS retirement program, Gov. Brown signed into law CFT-sponsored SB 114 to correct the misreporting of retirement service credit.

Classified employees had a lot to lose if voters rejected Prop. 30 on November 6. Staff swung into action across California, racking up victories in state and local campaigns that will go a long way toward saving public education.

Gilroy paraprofessionals in AFT Local 1921, for example, resisted pressure to take 10 furlough days until the need was clear, even though district teachers represented by CTA and classified employees represented by CSEA had agreed beforehand to give up the days.

The Gilroy Federation of Teachers and Paraprofessionals is breaking new ground in negotiations covering about 120 paraprofessionals in the Gilroy Unified School District. President Arcelia O’Connor said previous contracts had not addressed emails and granted only limited rights for domestic partners.

“But now we have time to check district communications online,” O’Connor said, “and we have added domestic partners to members of the immediate family for items like family illness and bereavement.”