Now – yes, now – is the time for contingent faculty to organize If we don’t fight now, we may not get another chance 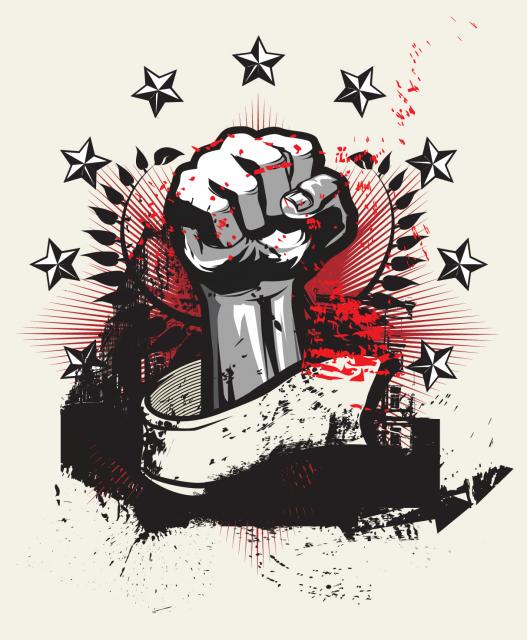 When graduate-student workers at the University of California at Santa Cruz voted overwhelmingly in December to reject their statewide union contract and follow the West Virginia teachers’ model of a wildcat strike, the precarious lives of academic workers became a news story once again.

Fighting for a desperately needed cost of living adjustment, or COLA, strikers described the challenges they faced as low-income instructional workers living in or around Santa Cruz, one of the least affordable housing markets in the country. They described struggling with food insecurity and living in cars, in the woods, or on the street. They lamented an insecure future.

The COLA strike prompted many around campus and around the country to consider the depths of academic precarity today. However, the situation facing contingent faculty like us — we are lecturers at UCSC and activists in UC-AFT, the union for teaching faculty and librarians at the University of California — was largely absent from the media coverage. True, graduate students did ask us to join them: When could we strike? Why not just wildcat with them? But our response surprised many of them: We often feel too damned precarious — and too exhausted — to even fight anymore. And soon, we thought, but mostly did not say, many of you will be us.

Long before the virus, uncertainty was a given for contingent faculty. Many of us have little sense of our next teaching gig. We can barely sign a lease, let alone get a loan on a house. Yet, averaged across all higher-ed institutions, we’re responsible for teaching the majority of college courses. In the University of California system, we teach many of the smaller courses, so we know the names of our students. We listen to them as they struggle through the complexities of recent adulthood and university life. Many of us become mentors who disappear at the end of the quarter.

Needless to say, the economic collapse unleashed by the pandemic only adds to our sense of hopelessness. Together, we watched as the months-long graduate-student picket line and massive police presence gave way to the Covid-19 ghost town. Many of us are scared and depressed, scrambling to teach all our classes remotely while running elementary schools from our kitchens. We recede into our work and focus only on our basic needs. It is all simply too much.

And yet, every day, as we move through the viral abyss, it becomes clearer to us that collective worker action is exactly what’s needed to protect teachers and teaching as we know it. It is, indeed, dark out — and the isolated conditions we’re working under now provide even more barriers to organizing our fellow contingent instructors and mobilizing resistance to the academic shock doctrine. But we have a wealth of history to draw on, a history of workers banding together — from recent adjunct organizing to the labor militancy of the 1930s — under equally difficult conditions. As it did for so many others in the past, our increased insecurity has now brought us to a moment where a strike, in the broadest sense of the word, will either melt into the darkness of the totally unimaginable, or emerge as the only way for us to make it out of this alive.

COVID-19 very well could provide the opportunity for dismantling higher education as we know it. In the same way that it has already given the government an excuse to suspend environmental-protection regulations (and to consider suspending basic civil rights), the pandemic may soon mean the end of face-to-face public universities. We have already seen rapid change in the days since our classes went remote. Some students are fleeing, some demanding tuition reimbursement. Fewer students means more layoffs. For many faculty members, visas and immigration status are at risk. The 60 percent of our union members without university health care are especially vulnerable — anyone who gets sick is likely to go without pay. Plenty of us are teaching online from home while holding one child and feeding another. Some of this could stick.

But this isn’t the way things have to be. We can follow another path out of this crisis. While both shocking and dismaying, individuals have, at times, rediscovered their humanity and strength in the context of collective suffering. Crisis can impel people, as Antonin Artaud once wrote, “to see themselves as they are. It causes the mask to fall, reveals the lie, the slackness, baseness, and hypocrisy of our world … it invites them to take, in the face of destiny, a superior and heroic attitude they would not have assumed without it.”

The crises we face now are no different. COVID-19 has clarified the strange paradox of corporate higher education: At the same time that our teaching is described by management as “an essential university function,” we, the flesh-and-blood teachers, have seldom felt more insecure. This has simultaneously intensified our need to fight for the soul of higher education and our sense that to succeed in doing so will require more than we can muster — organizing and acting in a way that, given everything we’ve already been through, seems radically unthinkable, impossible. But as Naomi Klein explains, crisis might “catalyze a kind of evolutionary leap” in which ideas and ways of caring for each other that seemed too radical last week are suddenly reasonable.

Workers made such a leap in the 1930s, when the world also seemed to be falling apart. They, too, knew the risks and felt the anxiety of challenging the status quo at such a tumultuous time; they also worried about losing their jobs, homes, and even their lives. And yet, workers, unemployed people, older citizens, and others took action. They took over state buildings, demanding food and basic needs, pressuring the government to implement reforms that, while still riddled with racist and sexist exclusions, secured unemployment insurance and Social Security for millions.

There were huge strikes throughout the 1930s, many of which — with some (in)famous exceptions — were successful (coal miners, truck drivers, cotton pickers, dockworkers). But the big gains came through the convergence of increased labor militancy, a widespread hostility toward big business, and the legitimation of unions through the National Labor Relations Board, all of which compelled companies like General Motors to come to the bargaining table.

The unabashed militancy in the face of crisis was driven largely by Communists, socialists, and syndicalists who led the rebel unions of the Congress of Industrial Organizations to break away from the American Federation of Labor and develop innovative organizing strategies, including an increased willingness to strike. Through a combination of crisis, care, and militant action, workers won some of organized labor’s biggest gains to date. Many entered the world-historical cataclysm of the 1930s with next to nothing; they left with the eight-hour workday and the weekend.

In fact, many of us have a pretty good idea of what a strike by contingent faculty might accomplish. In 1999, UC-AFT went out of contract. Before mass adjunctification, lecturer jobs were just as precarious as they are now, only less prevalent. Though the strike of October 2002 shut down most UC campuses for only two days, it won lecturers the possibility of the continuing appointment, which offers a modicum of security after 18 quarters of work in the same department. For many, continuing appointment provisions provided the first real chance to build a stable life in California — to this day, they remain among the strongest protections for long-term adjuncts in the country. After 18 years, however, only 24 percent of UC lecturers are continuing.

Our precarity as contingent faculty means that, unlike UCSC graduate workers, a wildcat strike probably isn’t in the cards for us. Nevertheless, the COLA strike continues to inspire us — protest is a learned art. We saw union democracy in action: members carefully weighing scary alternatives and ensuring that everyone could participate; striking grads combining beautiful paeans to an imagined future with concrete conversations about child care. We saw people with white, male, and faculty privilege absorb the risks of the picket line. We were invited, all of us, to envision a world where jobs are stable, workers live with dignity, and quality education is accessible to all.

We must carry on the fight of the COLA strikers and fend off the creeping evils of whatever new form the academy will take after the Covid-19 crisis. We must refuse to dig our own graves by smoothing the transition to online formats that will replace many of us while wrecking much of what is still good in teaching. We must resist the intensification of surveillance that accompanies such a transition (it’s no coincidence that the UCSC administration created a “tattle-bot” program inviting students to report instructors who modified instruction during the graduate-student strike). And we must return to the basics and fight for what should have been ours all along: secure jobs, livable wages, and pay for the many forms of labor we provide.

Some folks say the best way to avoid a strike is to prepare for one. But how can we possibly prepare in these dire, isolated conditions?

A union connected only by remote devices poses unique, but by no means insurmountable, challenges. Some of the most engaged and well-attended meetings our union has held have occurred during this time of enforced social distancing: members regularly share personal stories and strategies for supporting one another; we even used one such meeting to create a fund for colleagues who have lost their jobs. We know from experience that, at its core, preparing for a strike means opening ourselves up to change and be changed by one another. It means searching high and low for other lecturers, even those teaching across four other campuses. It means putting listening to others — and then listening some more — ahead of convincing them. It means building solidarity between contingent faculty with some job security and those without it. These are things we can do right now.

This moment, when “the normal” has broken apart, must be for us what Virginia Woolf called a “fallow period,” a moment of stillness to clear the fields of our imagination, to replenish the nutrients in our intellectual and emotional soil. Then, the harvest. The COLA strikers invited us to begin this process — to heed the call of Klein, Artaud, and bygone militants; to make use of this moment when the barriers to change are in flux and our collective energies can be regathered and aimed toward the social good. Now we must see it through.

Josh Brahinsky is a third-year lecturer at the University of California at Santa Cruz, a lecturer at San José State University, a researcher at Stanford University, and an activist in the UC-AFT. Roxi Power is an editor, poet, and continuing lecturer at UCSC, where she has taught and been a labor activist with UC-AFT for over 20 years.

This article was first published in the Chronicle of Higher Education on April 24, 2020.