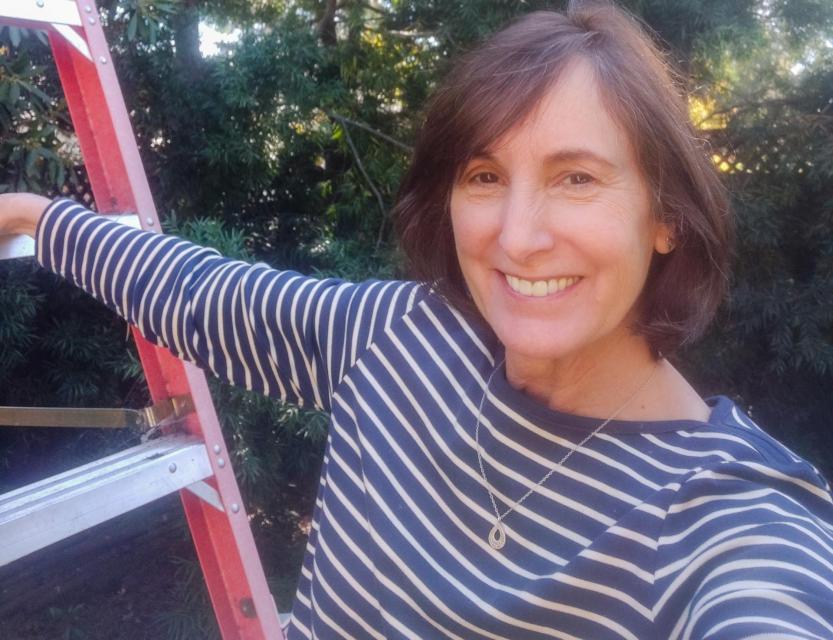 For most of her career, Kate Disney taught engineering at Mission College in the Silicon Valley city of Santa Clara. Disney learned the ins and outs of the West Valley-Mission Federation of Teachers contract when she became a union rep in 2017. She was elected president of the local in 2019.

“You learn about different sections of a contract as you go through different phases of your life and career,” she said. “Certain portions are more important at different ages.”

Disney said a retired member who attended the local’s executive board meetings was a wealth of information about unions. “He had deep institutional knowledge. Seniors have longevity that newer faculty don’t. They’ve been around the block a few times.”

These days Disney has been considering her own last chapters on campus. She is thinking about retiring in a couple of years and has begun paying more attention to the nuts and bolts of CalSTRS and researching the possibilities of meaningful work to do post-retirement.

Older faculty members she has spoken with are most concerned about when they can afford to retire and maintaining active lives as retirees. Disney envisions an outward-facing retiree chapter with a political stance, and has set her sights on electing more faculty-friendly college governing board members.

“Retirees still have a place in their hearts for the college and the union. How do we tap into that? I think a lot of retirees would make good trustee candidates. All we need is about 500 voters from the community who agree.”

Dennis Cox helped organize the ABC Federation of Teachers’ retiree chapter about 13 years ago. Cox led ABCFT-R for two years, and is now president of CFT’s Council of Retired Members.

ABCFT-R now counts on about 50 dues paying members, who Cox said threw themselves into the fight to stop the recall of Governor Newsom. Seniors were happy to avoid large gatherings and make phone calls from home. Cox credits the overwhelming statewide “No” vote to union activists, including seniors.

“Retiree power doesn’t mean just protecting our pensions and medical benefits,” Cox said. “It means solidarity with causes that affect all of us. When you work together you have tremendous power to do good, for members and for the communities where we live.”

CFT retiree chapters are definitely flexing their political muscle. After successful lobbying in Sacramento, CalSTRS now allows retirees to make automatic contributions from their monthly pension checks to the political action arm of their union.

The results have been striking. In 2013, retired members of United Teachers Los Angeles donated $6,500 in checks and cash to the UTLA political action committee called PACE. Today, automatic deductions from about 600 of the 4,000 members of UTLA-R generate about $60,000 yearly — a ninefold increase!

Boskin taught at elementary schools across Los Angeles from 1962 to 2002 and has a keen eye for opportunities to recruit new retirees. Last year, for example, more than 600 Los Angeles Unified educators retired, but the traditional dinner honoring them was cancelled due to the pandemic. UTLA-R stepped in and mailed the new retirees certificates of appreciation and applications to join UTLA-R and donate to PACE.

CRM releases When You Retire to guide chapter organizing 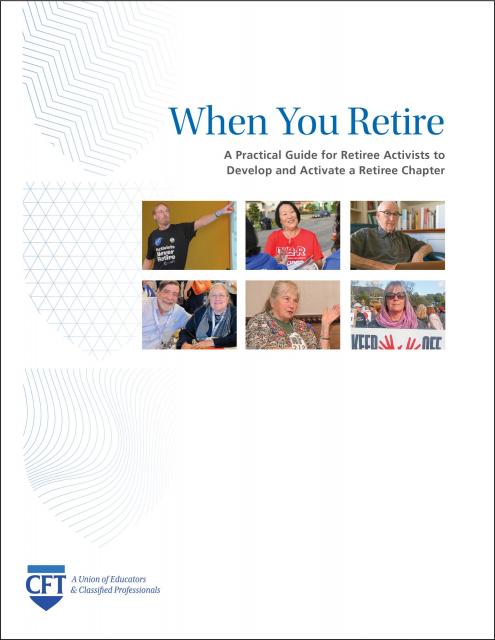 In his first months as president of the Council of Retired Members, Cox has made building new retiree chapters his central focus. The council held a Zoom training in mid-August to roll out their new organizing plan for local union leaders.

Boskin said it took her some time to feel comfortable on Zoom, but she thinks the online approach may help organize seniors. “It makes attendance easier,” she said. “You don’t even need to wear shoes, and it helps the environment that we’re not all driving to these meetings.”

To guide the organizing campaign, the CRM produced a new booklet to help retirees and their unions get started. When You Retire includes step-by-step instructions for creating a retiree chapter and downloadable sample bylaws that locals and retiree chapters can tailor to meet their needs.

“It won’t happen overnight,” Boskin said, “but the organizing plan is sound and I plan to keep working at it. Ultimately we will be successful.” 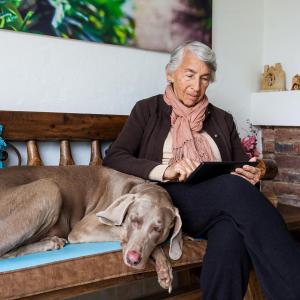 The retiree chapter of the AFT Guild in San Diego usually does monthly yoga and meditation classes, as well as getting together for walks and union meetings. Now though, due to the COVID-19 pandemic, members haven’t been getting together in person, chapter President Susan Morgan says. 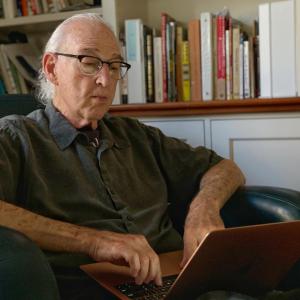