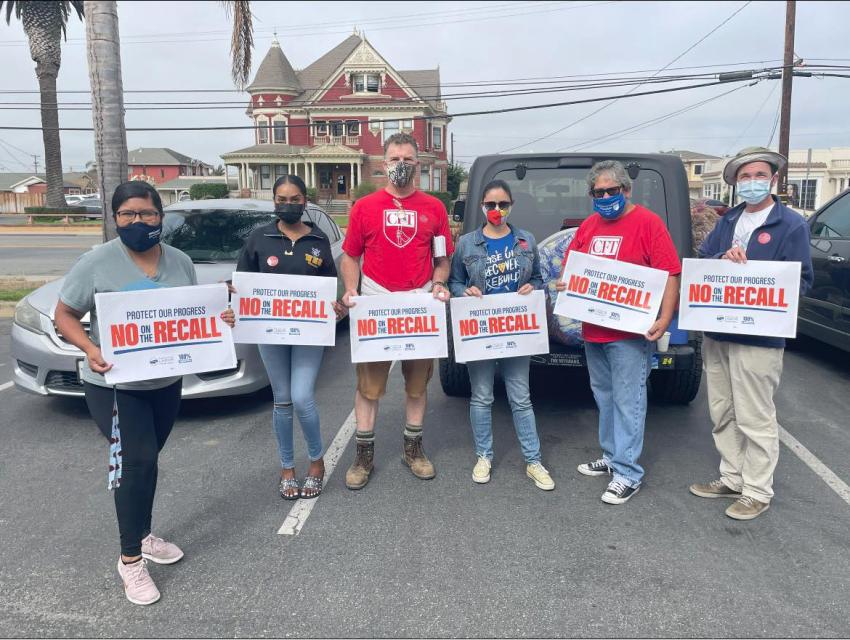 September 14 is not a day that California voters are accustomed to going to the polls, but this was not a normal election. A cynical attempt to recall Governor Gavin Newsom garnered enough signatures to go before voters in an election that cost taxpayers more than $250 million.

The CFT and its allies kicked into high gear to defeat the recall and voters ultimately sent a strong message: The recall was resoundingly defeated by a nearly two-to-one margin, with 63% of voters voting no and only 37% voting yes.

Pundits had expected the margin to be tighter and several polls showed the race to be much closer than this decisive result. This was due in part to an early “enthusiasm gap” between Democrats and Republicans suggesting Republicans were more likely to turn out. That gap, however, was overcome and voters who opposed the recall turned out in big numbers.

Another factor leading to polling uncertainty is California’s new “vote by mail” status, a result of the COVID-19 pandemic. Pollsters are still figuring out how to account for that change, and while strong turnout suggests that voters are comfortable making the switch, this was far from certain during the run up to the election. In the end, more than 50% of eligible voters chose to vote by mail ballot.

What’s more, of those who voted, only 43% chose a replacement candidate for question #2 on the ballot, proving that the governor, the Democratic Party, and the California Labor Federation were successful in rallying behind a “Just vote NO and GO” strategy urging voters to leave question #2 blank. This unwillingness to even select a back-up candidate showed that voters were not interested in entertaining a recall that sought to remove a popular governor from office.

CFT members cited two main reasons for rejecting the recall: Gavin Newsom’s highest-ever level of funding for public education in the state budget and the governor’s commitment to safety protocols that have kept California among the lowest COVID-19 infection rates in the nation. 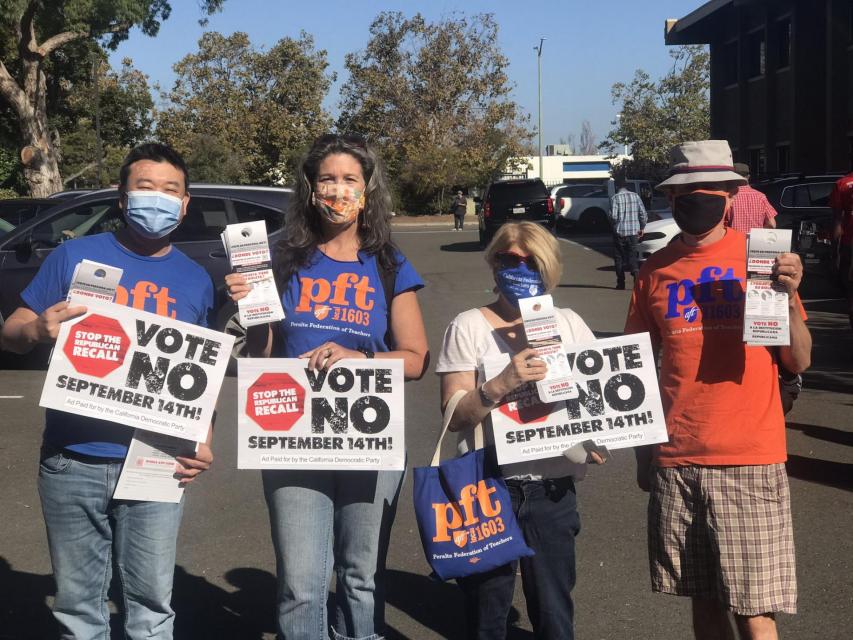 And CFT members did more than vote. They turned out for hundreds of shifts with the California Labor Federation, volunteering on virtual phone banks and at precinct walks at Central Labor Councils up and down the state. They urged their colleagues and friends and family to reject the recall. Despite the surge of the delta variant, and it being the start of a challenging school year, CFT members did what they always do — they showed up and they turned out.

Despite labor’s winning strategy, this election proved that our state’s recall process is in dire need of reform. Not only can a recall attempt make it to the ballot with a dangerously low number of signatures (only 12% of the number of voters who voted in the previous gubernatorial election), but the process itself is deeply undemocratic.

UC Berkeley law professors Erwin Chemerinsky and Aaron S. Edlin wrote in the New York Times that a California governor can be replaced by a candidate on the recall ballot who receives fewer votes than the sitting governor. This is undemocratic, they argue and unconstitutional. “It violates a core constitutional principle that has been followed for over 60 years: Every voter should have an equal ability to influence the outcome of the election.” Luckily, California lawmakers have taken note and are planning to introduce legislation to remedy this serious flaw.

Similarly, with the defeat of the recall behind us, we must now turn our attention to 2022. In the coming year, CFT will be interviewing candidates and assessing ballot measures for the November mid-term elections. There will be challenges. The same individuals and groups that sought to recall the governor have filed ballot initiatives to bring school vouchers to California, snuff out the existence of public employee unions, and introduce voter ID laws. We cannot let these anti-public education, anti-union, and anti-democratic measures pass.

Should any of these troubling measures reach the ballot, the CFT will be prepared. We will stand up for our union values of equity and equal opportunity and work with our members and our labor and community allies to do so. As always, we are stronger together. 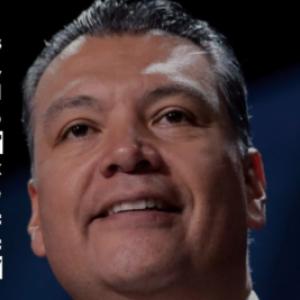 What do our elected leaders say about the recall? Governor Newsom leads the nation in worker protections. Vote NO on the recall

While Governor Newsom continues to have our backs by putting in place the strongest worker protections in the nation, anti-union special interests are funneling millions into the recall campaign to weaken or eliminate laws that protect our pay, health care, retirement and safety on the job. 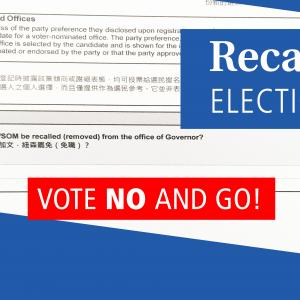 Recall Ballot FAQ – “Just vote NO and go!” Confused? You are not alone. What you need to know about the recall ballot

Most voters have received their mail ballots for the September 14 Recall Election and the CFT is hearing many questions. Here we answer the most common questions about the recall ballot and voting and share CFT recommendations and resources. 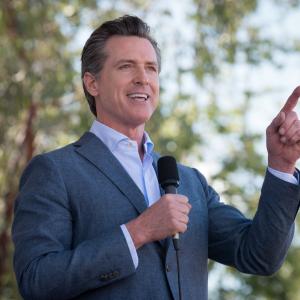 What does CFT says about the recall? No, No, No! Governor Newsom has proven himself during the pandemic and beyond

CFT has taken a position on the right-wing recall of Governor Gavin Newsom: Our union is urging members to vote “No” on this expensive and distracting political stunt. The Gubernatorial Recall Election will be held September 14, 2021.