What do our elected leaders say about the recall? Governor Newsom leads the nation in worker protections. Vote NO on the recall

While Governor Newsom continues to have our backs by putting in place the strongest worker protections in the nation, anti-union special interests are funneling millions into the recall campaign to weaken or eliminate laws that protect our pay, health care, retirement and safety on the job.

The recall campaign is nothing more than an effort by wealthy anti-union donors to roll back decades of progress on workers’ rights in California. 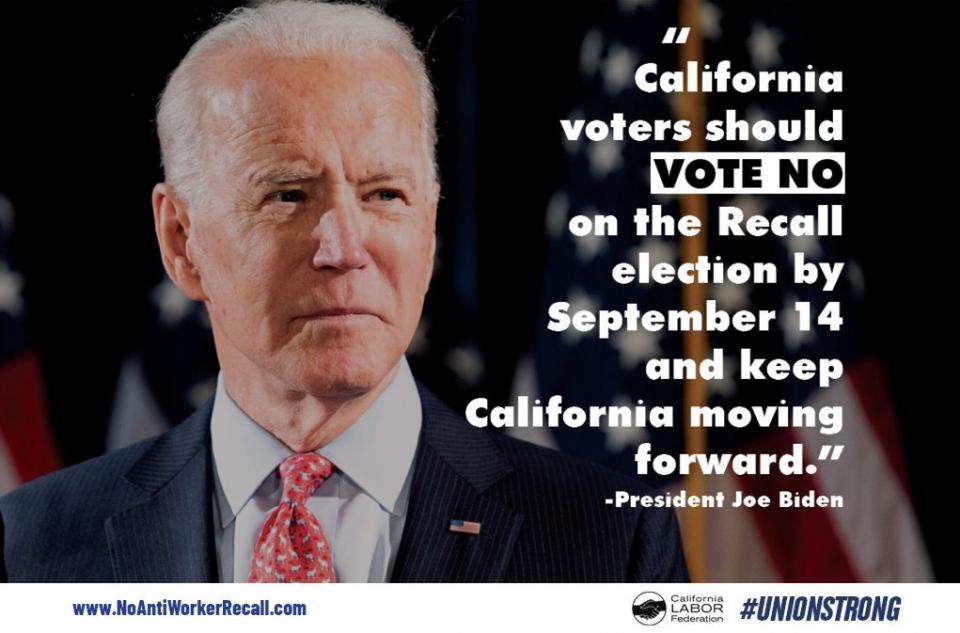 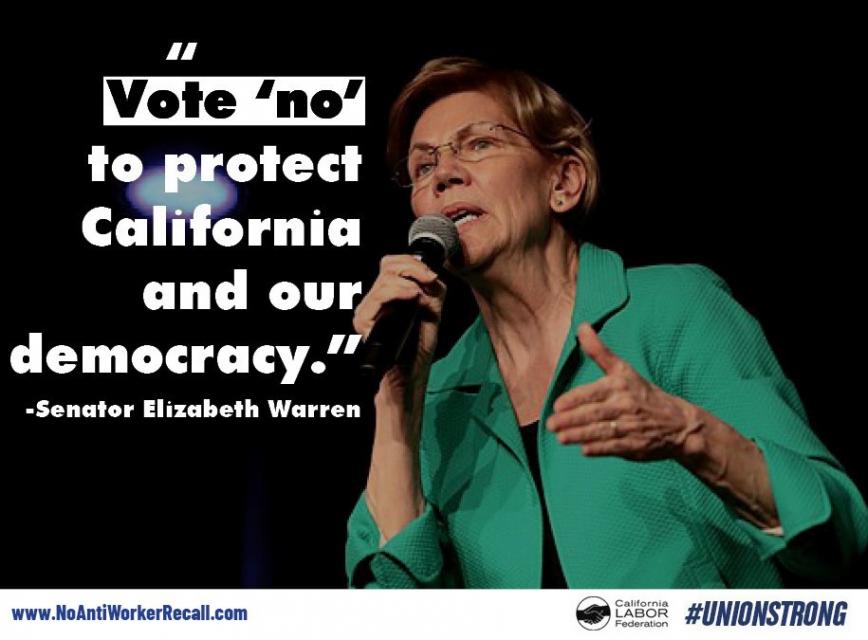 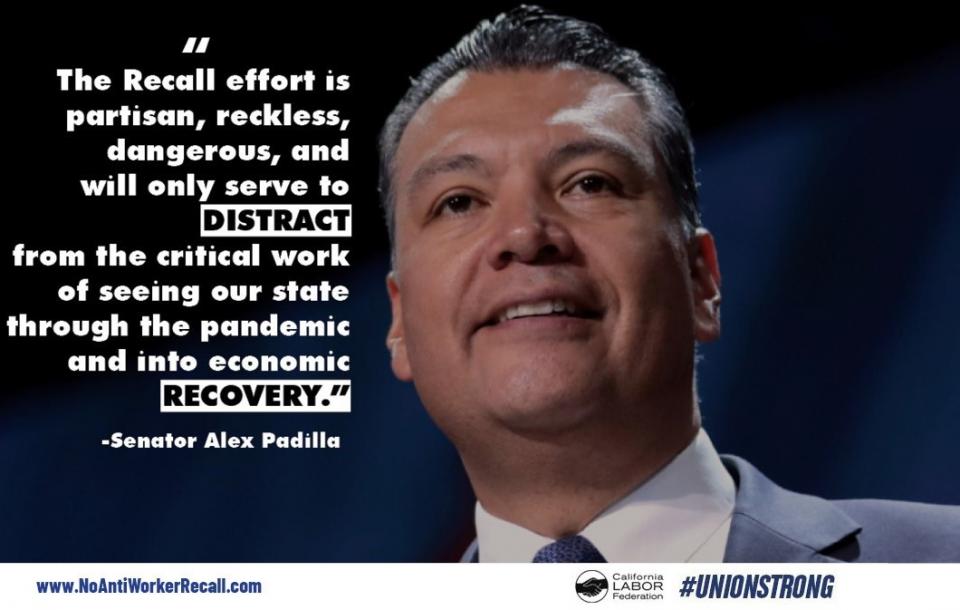 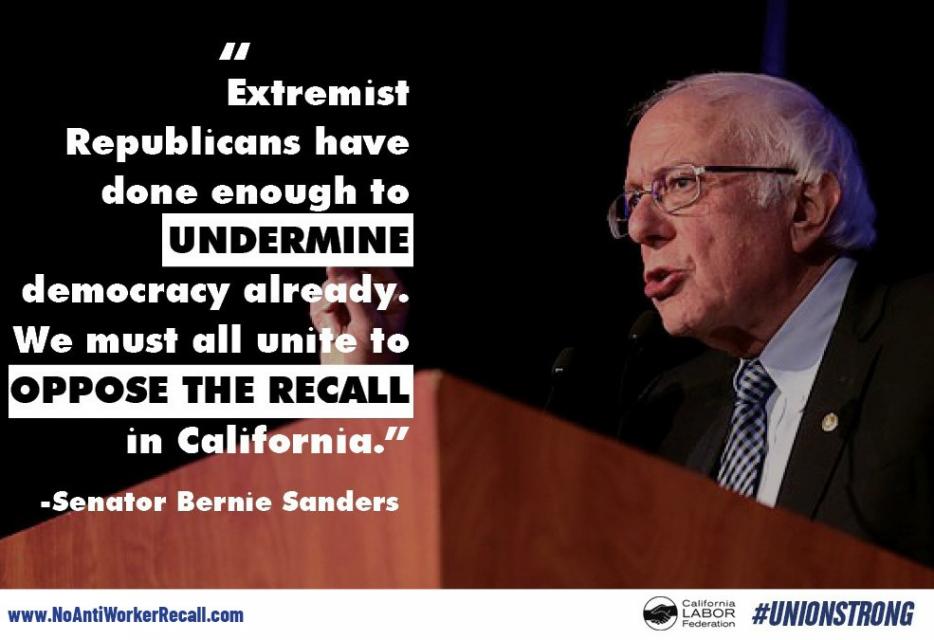 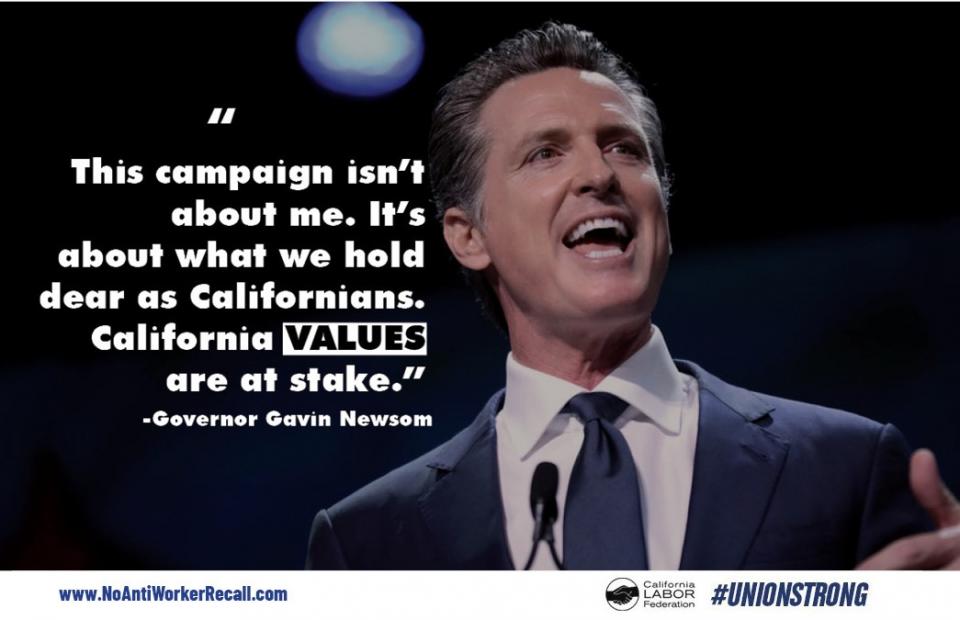 Governor Newsom stands with workers during the pandemic

When the pandemic struck, Governor Newsom stepped up to ensure essential workers weren’t left behind. Through his actions, working people in California were afforded the strongest protections in the nation against COVID-19 infection.

No other governor has done as much as Gavin Newsom to protect workers amid this ongoing crisis. When the pandemic struck, he promised to have our backs and that’s exactly what he’s done. California has one of the nation’s lower COVID case rates.

The governor’s life-saving actions to protect workers include:

Under Governor Newsom, California leads the nation in worker protections

Governor Newsom’s record in support of workers over the years is clear. He’s stood with us on the picket lines. He’s been vocal about his support of unions. He’s fought to raise our wages, protect our benefits and defend our rights

Again and again, the governor has acted to protect the right to join and form unions, raise wages, protect health care and retirement and increase health and safety measures in the workplace.

Since he’s been governor, Newsom signed bills and took action that address some of the toughest issues workers face in this economy, including:

Who’s behind the anti-union recall?

Recall donors are a who’s who of anti-union special interests. The wealthy corporate backers of the recall have been working for decades to undermine California’s strong worker protection laws. The anti-union recall backers want to lower wages, eliminate health and safety laws and kill union jobs.

The recall is a sneak attack on our jobs, wages, benefits and unions.

California’s laws to protect workers are the strongest in the nation. Over the past two decades, we’ve raised the minimum wage, provided paid sick and family leave to all workers, increased funding to our neighborhood schools, created good union jobs by investing in infrastructure and strengthened the right to join a union. All that and more is at risk with the anti-union recall.

If the anti-union recall backers are successful, California will lose years of progress on workers’ rights. The recall would lower pay for workers, shrivel investment in public education and safety, eliminate child care and healthcare and put workers at greater risk of injury or death on the job.

We can’t afford to allow wealthy anti-union special interests to seize control of California. The recall risks undermining the values we share as Californians and dramatically weakening our shared commitment to creating opportunity for all working people and families.