It is vital in what has been the long struggle for part-time equity and social justice that we fully acknowledge those activists who up until their passing, gave their all and inspired many. Two such figures are Paul Baltimore and Ken Taira. Both members were recognized at CFT State Council on September 25. 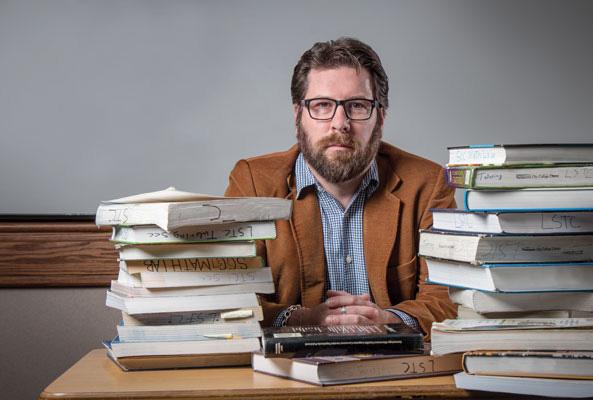 No less a force and source of inspiration to those who knew him was Paul Baltimore, whose untimely passing at the age of 49 has left the members of the Los Rios College Federation Teachers with a profound sense of loss. Local President Jason Newman said, “Paul Baltimore was a solid organizer and was part of the backbone of all our part-time organizing efforts as Los Rios. His absence is sorely missed and we’re scrambling to find others to assist with our part-timer work.”

Baltimore was campus representative for adjuncts at Folsom Lake College and also a member of local’s Adjunct Caucus. He worked with Los Rios colleague Linda Sneed, also a CFT vice president, to create The Part-Timer’s Almanac, arguably the best such guide of its type, and one that should serve as a model for others to follow. He also served on the CFT Higher Education Issues Committee.

A fierce advocate for part-time faculty, Baltimore was featured in the Sacramento Magazine news story “Making a Makeshift Living.” Here Baltimore spoke of commuting by light rail and bus to teach at multiple campuses in the Sacramento area to make a living, and how he was “hunkered down” as an adjunct instructor. Noting that adjunct teaching was not simply a side gig, but “what people do for a living,” Baltimore spoke to how, beyond the issue of low wages, was the great job insecurity of being an adjunct where “three times a year where you don’t know if you’re going to be able to pay rent.” He called for lawmakers “to be vigilant about the exploitation that this (adjunctification) is creating.”

Baltimore was a beloved teacher known for his enthusiasm and in tributes from his colleagues, called someone who “set the bar on what an awesome teacher really is.” Baltimore was also an artist, novelist, essayist, and cartoonist … “who had a global perspective that was anchored in a commitment to fairness and justice.” He was further noted for his “rare ability to speak inconvenient truths and tackle issues in truly collaborative ways, without blaming, belittling, or humiliating anyone involved.” 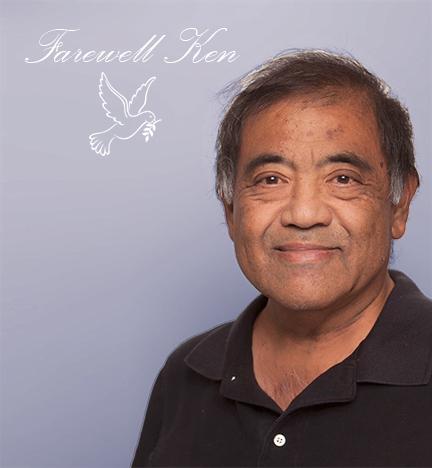 A long-time member of the CFT Part-Time Faculty Committee, Ken Taira is to be aptly remembered as a “smart, action-driven type,” as noted by former colleague Olga Shewfelt.

Taira began working as an instructor in Computer Science Information Technology in 1989, teaching at West Los Angeles College, and later at Glendale College as well.

At West LA, Taira was active in the academic senate and the Los Angeles College Faculty Guild, AFT Local 1521. In the local newsletter Read On, Shewfelt, former chapter chair at the college, recalls how Taira was a strong advocate for “adjunct faculty benefits, salary increases and more salary steps,” as well as the issue of assignment… “always making sure that the adjunct faculty at West had a professional space and a voice at the college.”

Taira later became co-chair of the Guild’s Adjunct Issues Committee, where he is particularly remembered for stepping into the role of EDD ombudsman when the Guild lacked one, working on difficult EDD cases and showing up to EDD hearings when there were adjuncts in need. He was also committed to the cause of improving healthcare for part-time faculty. To the end, Taira worked for adjunct causes.

“If he had more time with us, he would have spearheaded an online presence for adjuncts to check into for resources and established an SDI program for LA adjuncts,”  said another colleague Kathy Holland, also co-chair of the Guild’s Adjunct Issues Committee. “I know that I am not alone in missing Ken.”

May both Ken and Paul rest in power.