Gun violence in America — something is gravely wrong here Let’s imagine a world free of gun violence and schools that are open, free, and welcoming 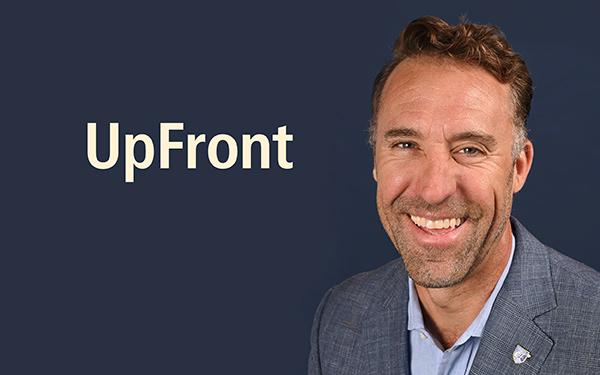 I taught high school math in a picturesque Southern California location with a view of the Pacific Ocean. On nice days, we used to keep the doors and windows of our classrooms open. We had no fences around our school and there were open courtyards that welcomed gatherings of students and staff alike. Much of that has disappeared. Now doors and windows must remain shut on campus and chain link fences surround the beautiful campus in case someone shows up with a weapon of war and the intent to kill.

Since April 20, 1999, when my math class was interrupted by the news about the Columbine school shooting, there have been 331 school shootings. In those horrible acts of violence with machines of war, more than 185 children, educators, and staff have been killed and another 369 injured. That doesn’t include other public spaces – grocery stores; churches, temples, and other houses of worship; malls; and clubs and concert venues – that are no longer safe from the same “high-capacity, military-grade” weapons that are used in war.

Not only am I a math teacher, I am also a former West Point cadet. Because of my training, I am just as adept with M16s and M60s as I am with a piece of chalk and an eraser. I trained for war at West Point to make sure that our kids and our communities could grow up without fear. I went through military training to fight for our country on the battlefield, but I did NOT do it to provide military-style protection from war on our school and college campuses.

“High-capacity” and “military-grade” are terms that mean a weapon is designed for war. Our children are being slaughtered by these weapons of war. Every day. In fact, more than once a day. There have been more than 230 mass shootings, 27 of them at schools, in the United States in 2022. We are the only nation where this happens.

Something is gravely wrong.

This epidemic will not be fixed by arming teachers, and I would never bring a gun into my classroom. The risk of gun violence triples when there is a gun around, and that’s with no active shooter in the picture. If the best we can do to deal with this is to come up with nonsensical ways to defend ourselves, then we have failed. We must stop from turning our schools into guarded encampments. Our places of learning need to be joyful, open, inviting, and free from fear.

As a former high school math teacher and a former military cadet, I’m going on the offensive to end this plague of gun violence.

Firearms must be regulated the same as other potentially deadly commodities like cars and medications. Bigger weapons should require more complex licensing, just like semi-trucks require specialized commercial driver licenses. Background checks and red-flag laws are two common sense measures that would greatly reduce access to firearms and would help keep them out of the wrong hands.

The way that we arm our schools for success is not with deadly weapons, but with the resources that students and staff need to thrive. They need access to nurses, mental health professionals, counselors, social workers, and more. Our schools will be safer and students will be happier and freer to thrive when their basic needs – physical, mental, and emotional – are being met. And meeting these needs does not require the introduction of firearms.

We must work together to build a society that places the safety of school children above an unfettered access to deadly weapons. We must demand sensible gun laws that protect our original Constitutional rights and concurrently protect our students and communities. Those discussions don’t have to cancel each other out, and in fact our Constitution specifically uses the phrase “well-regulated” in the 2nd Amendment. We must take a hard look at what is killing our kids, have the strength to admit that we may have been wrong about some things, and have the courage to really fix things.

Educators and classified professionals across the nation work every day to educate, nurture and support students. No one wants to keep failing our kids or our communities on the issue of gun violence.

Let’s work to create schools that are welcoming and joyful, not places of fear. Let’s stop failing our kids, and instead pass sensible laws and provide resources that will keep them safe - even better – let’s make sure they are happy. 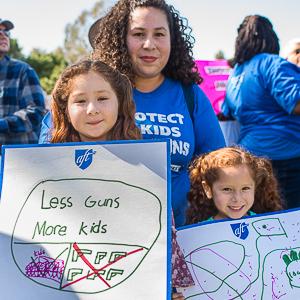 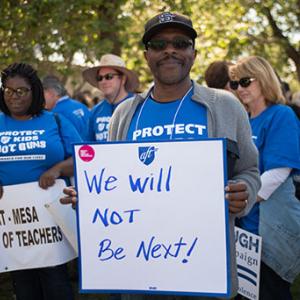 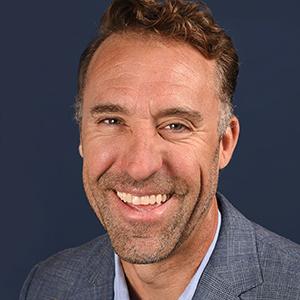 Stand up to defend free thought, honest history, and gender identity Right-wing targets schools and colleges across the nation

When I decided to become a teacher, I was focused on helping students and meeting them where they are. I became a mathematics teacher — slopes, quadratic equations, fractions, square roots and all. But I entered into the profession because I was interested in who my students are as people, not just in class. I wanted to understand their hopes and dreams and help them become the people they wanted to be.