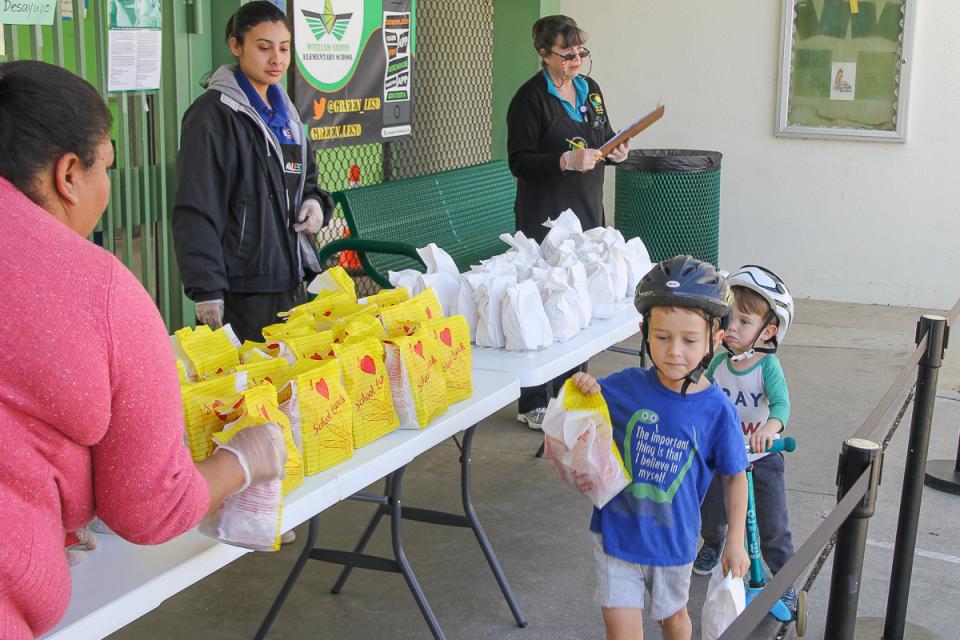 The coronavirus crisis has forced school districts of all sizes to come to grips with the food insecurity their students face.

“In my entire life, I have never seen a medical crisis taken as seriously as this one,” said Carl Williams, head of the Lawndale Classified Employees Federation. “We’re now implementing options we have never discussed before, like shutting down classrooms and teaching online.”

On Monday, March 16, Lawndale schools shut their classrooms — and cafeterias. While faculty made plans to go online for “distance learning,” food service staff made emergency plans to continue providing free meals to students from low-income families.

By Tuesday morning, Stephanie Meseraull and her crew at William Green Elementary were ready to serve “Grab and Go” breakfasts and lunches to 137 students, followed by 173 on Wednesday and 193 on Thursday.

On Friday, the Lawndale program fed more than 2,000 students across the district, including 209 kids from William Green.

The principal, vice principal and custodians are also on campus, but Meserraul, Araceli Sotelo, Monique Williams and Elena Hernandez clearly have personal relationships with the children and most of their parents.

More than 40 Lawndale food service employees are AFT 4529 Local members. All will receive their regular salaries during the shutdown. Most are taking part in seven Grab & Go’s at district schools. “We know there is a need for this at our school,” Meserraul said.

The crew starts preparing the food bags about 8 a.m. and wraps up about 2 p.m. Each breakfast includes an entrée, fruit and milk; each lunch contains an entrée, fruit, a vegetable and milk. 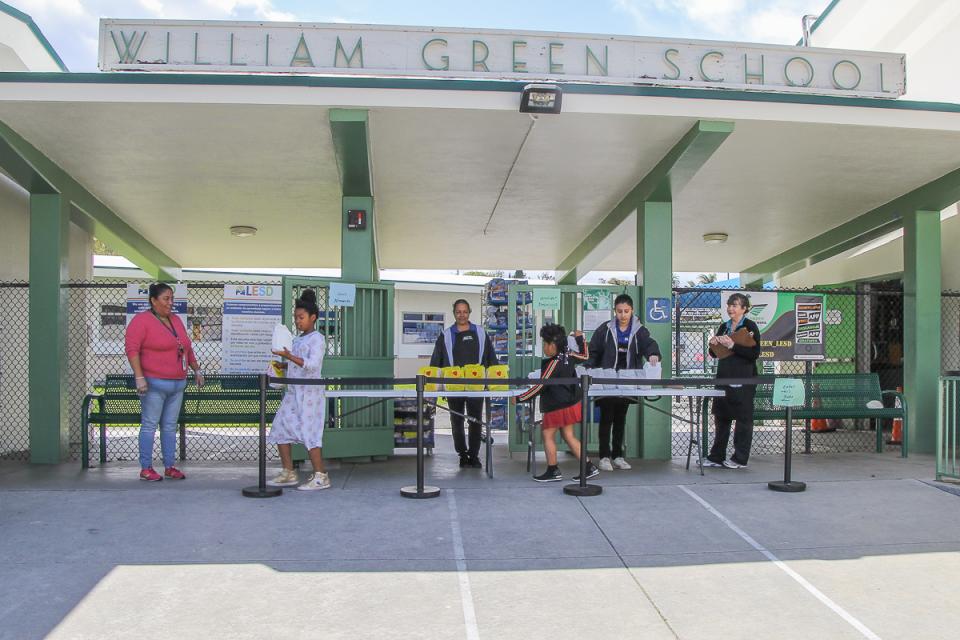 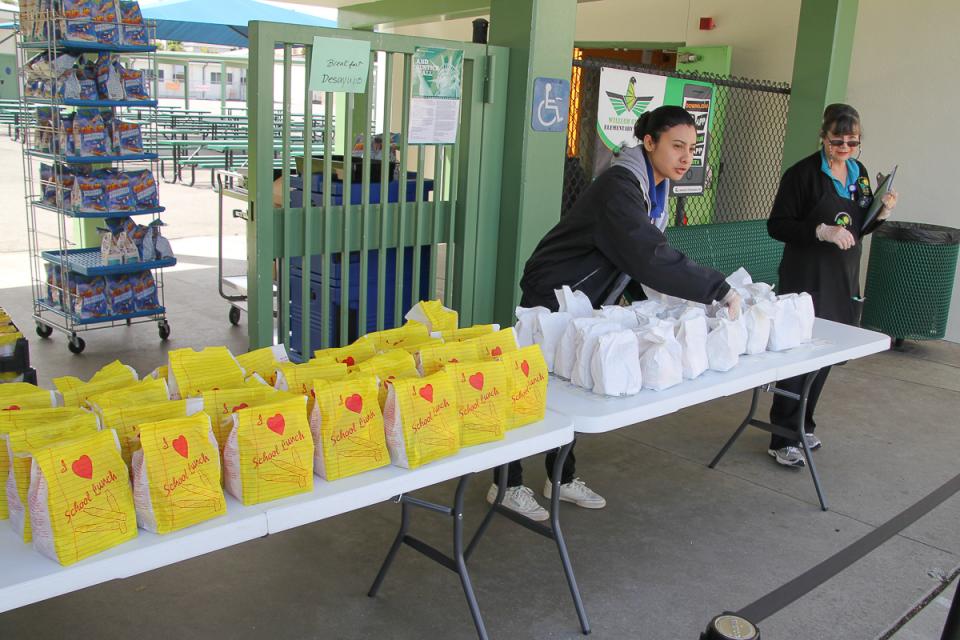 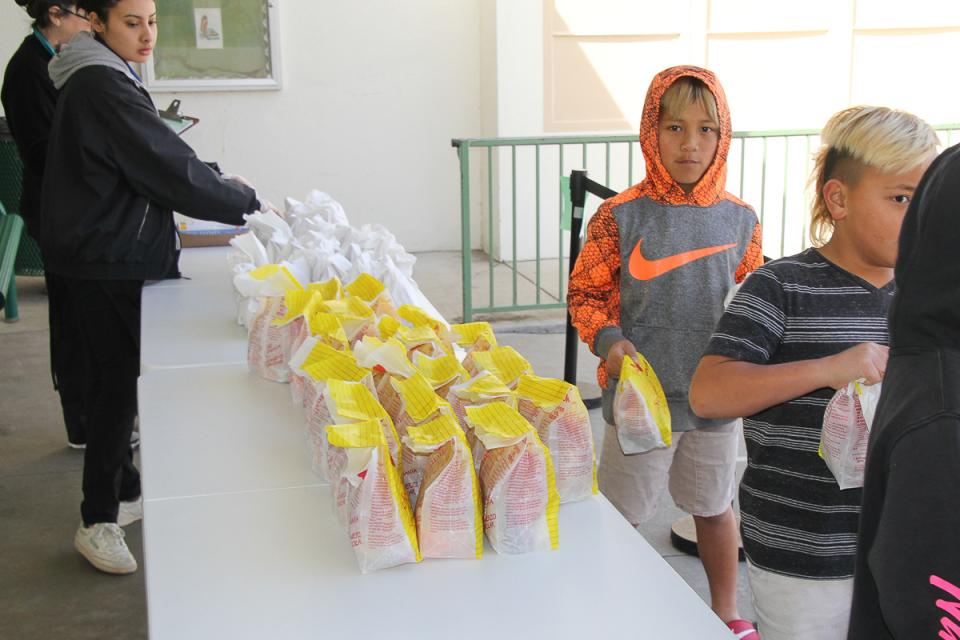 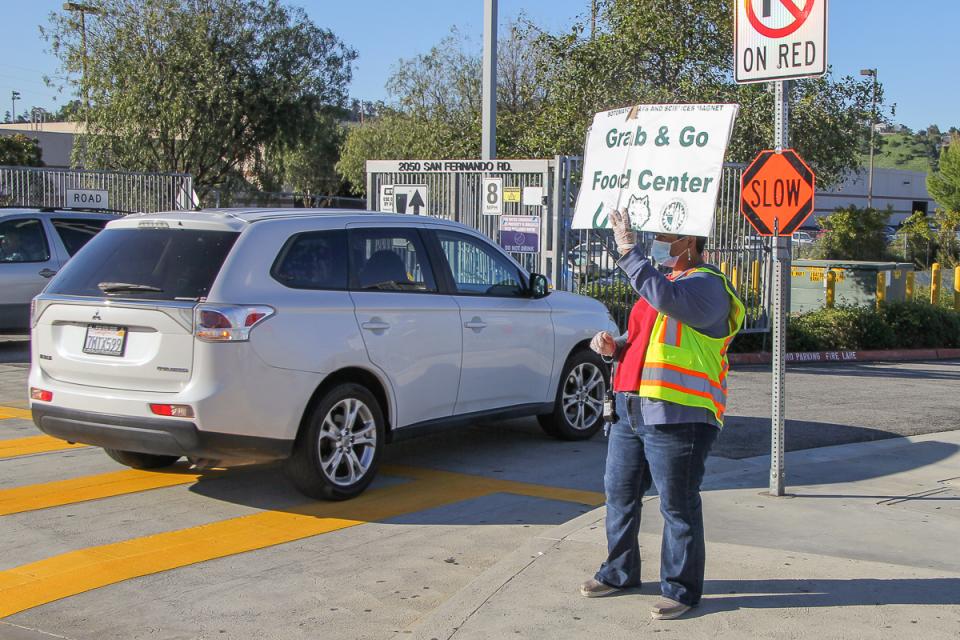 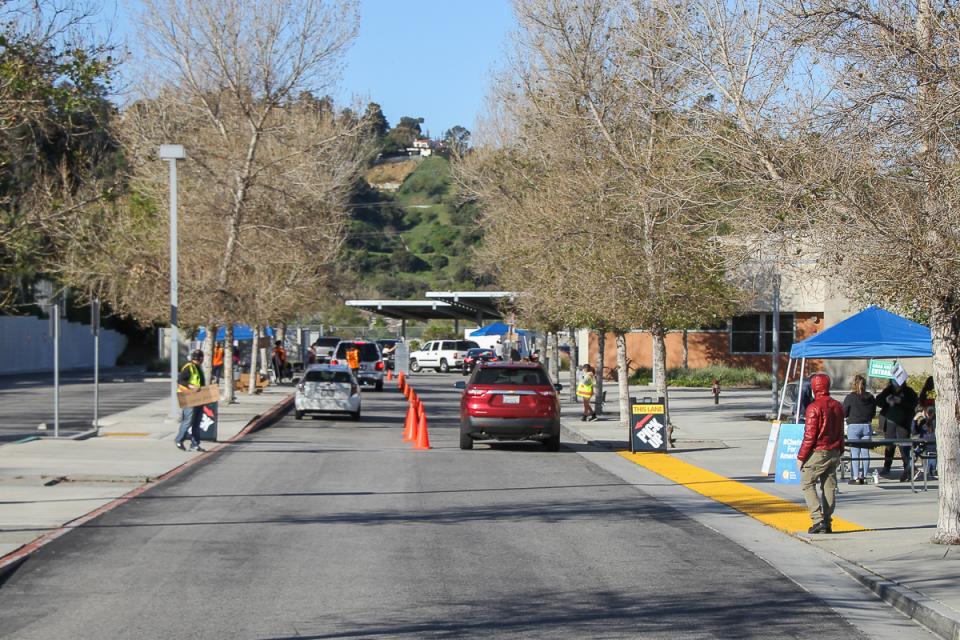 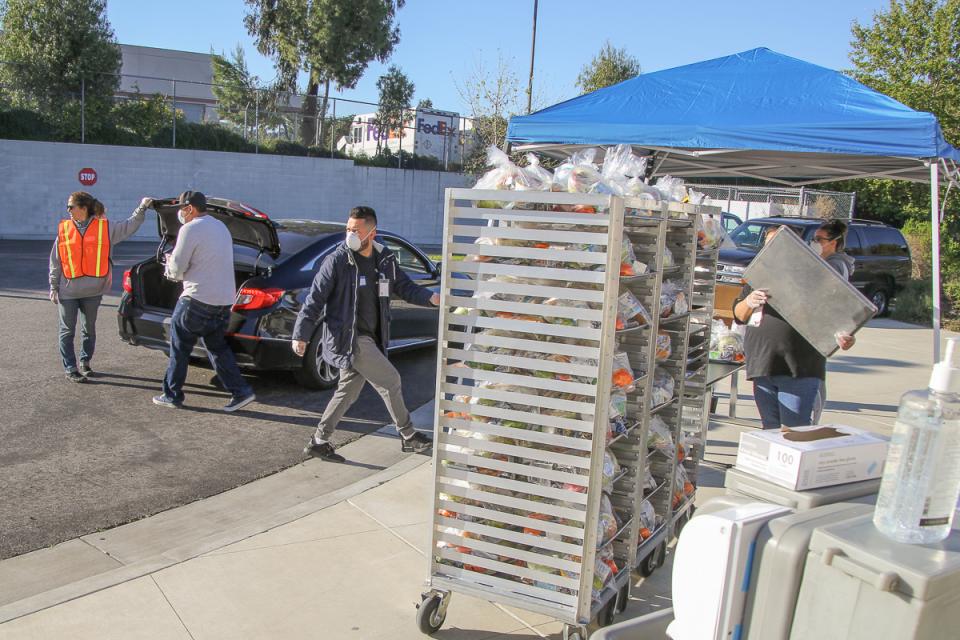 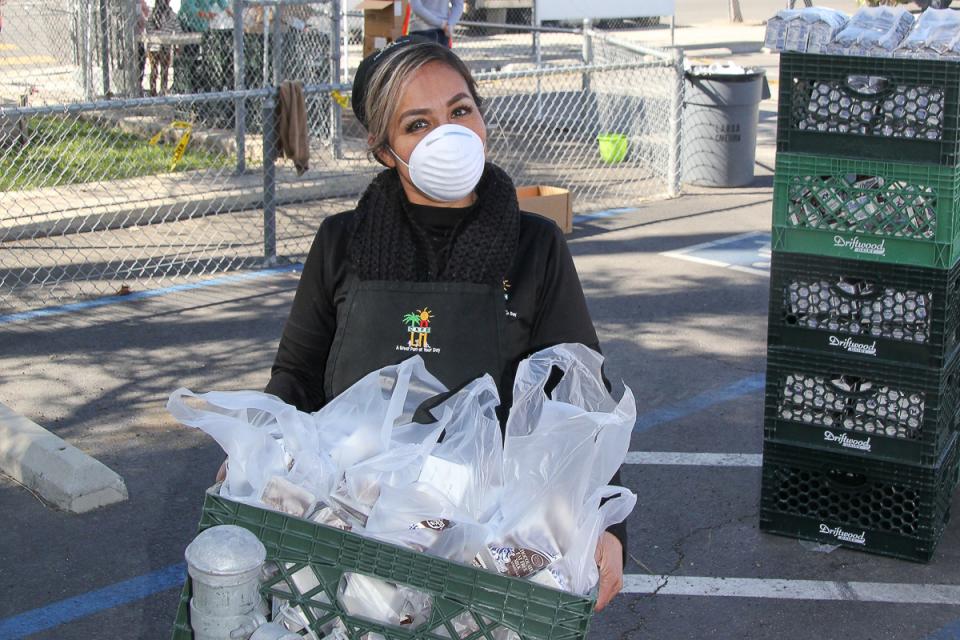 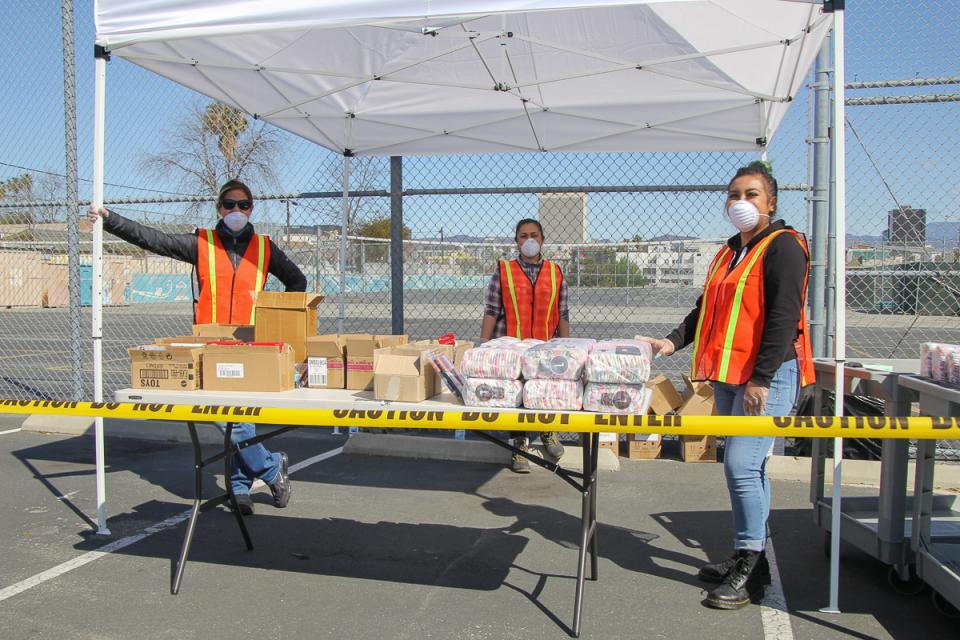 On an ordinary day, the 3,000 food service workers in Los Angeles Unified serve a million meals. On March 18, LAUSD staff — backed up by 200 Red Cross volunteers, Beyond the Bell and other nonprofits — distributed breakfasts and lunches to 40,247 students at 60 pick-up sites.

On day two, LAUSD crews passed out more than twice as many brown bags, and after three weeks, the gargantuan school district had given out more than 5 million Grab & Go’s. Participants in the LAUSD food distribution campaign receive an additional stipend per shift.

The president of United Teachers Los Angeles said LAUSD is now the largest food distributor in the country.

“The coronavirus epidemic has exposed, with devastating sharpness, the lack of a social net for families while underscoring the critical role of public schools,” said UTLA President Alex Caputo-Pearl. “Our schools are where students learn, where they are supported by caring adults who address their social and emotional needs, and where many of our students get their most reliable meal of the day.”

Food insecurity is a constant factor in Los Angeles Unified schools: 82 percent of students are from low-income families, and often qualify for free or reduced-price breakfasts, lunches and dinners.

Berendo Middle School, for example, serves a largely Latin and Asian  immigrant community in Koreatown. Berendo has a walk-up line for food —with six-foot lengths marked on the sidewalk to remind people to maintain “social distance” — but the drive-through operation sees the most action.

That’s also the pattern at Sonia Sotomayor Science and Art Magnet, where food service staff load nearly 6,000 meals daily into the steady stream of cars passing through the northeast Los Angeles high school campus. By the second week, most drivers and volunteers recognized each other and exchanged morning pleasantries.

Throughout California, Grab & Go meals are being served at 5,200 school sites. Food service employees are on the frontlines, in their jobs that were reconfigured nearly overnight. They call on their professional skills honed on the job, often over many years, to perform the work safely and help keep California’s children with the greatest need, fed and healthy. 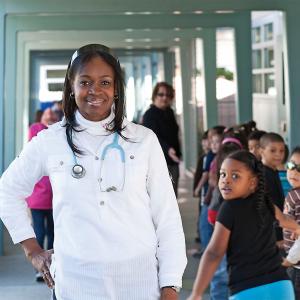 For months, health clerk Cathy Pierce said, she and other school district staff heard about the coronavirus “like everyone else — bits of news and gossip.”

Pierce began to receive more credible information about COVID-19 and changes coming at all levels of government and education the week before Lawndale’s Mitchell Elementary shut in March. She has since come up the coronavirus learning curve, and now sees her work in a different light. 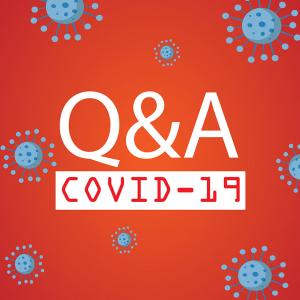