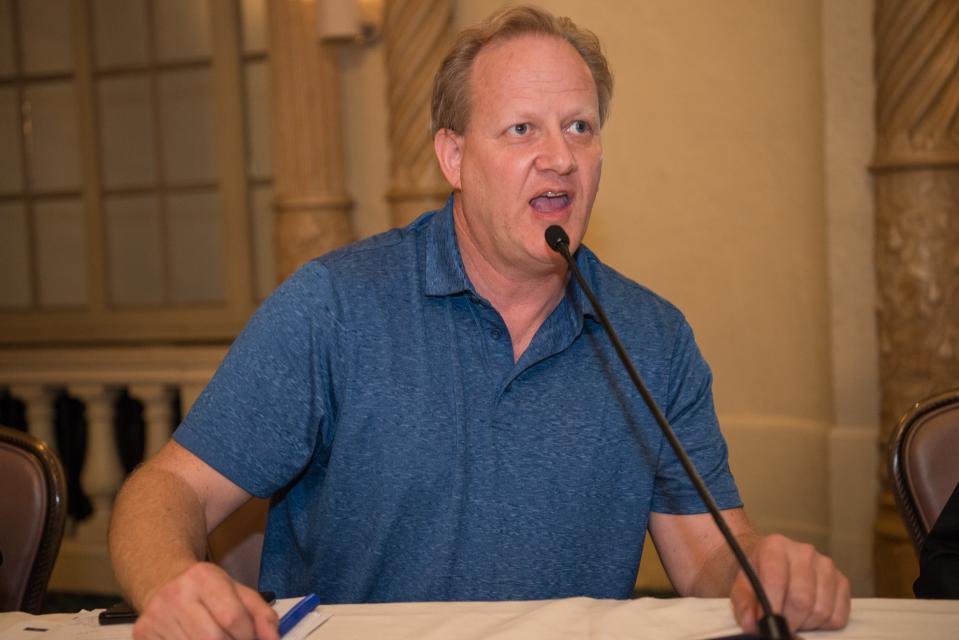 The rationale for this rule was that it allowed administrators more flexibility to deal with the drop in student sections from the fall to spring semesters, and at the same time, a way to get out of paying healthcare and retirement benefits.

Since that time, the percentage of California community college faculty who are part-time rose to a peak of 71.2 percent in the fall of 2008. This is in spite of AB 1725, the omnibus community college reform package of 1988, which called for funding mechanisms to be put in place to achieve a full-time to part-time ratio of 75:25.

The economic, mental, and physical costs to part-time instructors have been enormous. Some part-timers will drive to over five different campuses to earn enough income. Weekly commutes of sometimes over 500 miles in a week are not unheard of. In most cases, part-timers are neither compensated for their travel time nor mileage. The lost time means longer hours for exhausted adjuncts who would be better off at home with their families, or on their respective campuses, meeting with students and being better connected with their fellow faculty.

From 1968 until 2008, the limit was 60 percent. In 2008, with the passage of AB 591, the limit was raised to 67 percent. Recently new CFT-sponsored legislation, AB 897, Medina, D-Riverside, has been introduced which would raise the cap to 85 percent of a Full-Time Equivalent (FTE) load. This legislation is the result of Resolution 15 passed at CFT Convention in 2018.

AB 897 is by no means a solution to the inequities in pay, benefits, and a litany of other issues affecting part-time instructors, but what it does provide is relief, and perhaps a bit of common sense and humanity in dealing with the travails of freeway flying.

Being able to teach up to 85 percent would give adjuncts an opportunity to teach that extra at one site, allowing many part-time faculty to reduce the number of campuses they would need to drive to from four to three, or three to two. Some adjuncts might be fine just simply teaching at one campus with an 85 percent load.

The reduced drive time would mean fewer hours on the road for part-timers, and more time to do the proper class prep, get needed rest, or be with their families. It is not uncommon for adjuncts with small children to go days without seeing their children awake, having to leave for work early in the morning before they wake and come home at night after they have gone to bed.

Presently, many part-timers, in spite of paid office hour programs at their campuses, will forego providing office hours out of the greater economic gain and need to teach that extra class elsewhere. A raised cap would lead to part-timers now being able to spend more time on fewer campuses and providing needed office hours, along with being more directly involved in the curriculum development, shared governance, and general mission of their colleges.

Some faculty believe that raising the cap to 85 percent would increase both adjunct exploitation and adjunctification. I argue that these claims are false. First, for the part-timer with a potential 85 percent load, they would be able to drive fewer places and spend less unpaid time on the road, not to mention less on transportation costs—that is less exploitation.

As for concerns over adjunctification, since the cap was raised to 67 percent in 2008 until the present, the percentage of community college part-timers had fallen from 71.2 percent of faculty to 68.7 percent according to data from the Community College Chancellor’s Office. During that same time, the number of part-time FTEs has only risen from 45.2 percent of instructional FTEs, to 45.4 percent. There are presently over 1,000 more full-time community college instructors than there were in 2008, while at the same time, the number of part-time instructors has dropped by more than 3,000.

The decrease in adjunct instructors is in part due to factors like a gradual decline in student enrollment, and to fewer adjuncts being able to take on more classes. More often than not, this reduction in part-time positions was absorbed by attrition rates far higher than 2.5 percent over 10 years. The increase in full-time instruction is in large part due to efforts, like increasing categorical funding for more full-time positions, which is to suggest that such an approach, when combined with AB 897 can move the California community colleges closer towards the promise of 75:25.

Geoff Johnson teaches English and Humanities at Mesa College and Southwestern College. He is a member of the CFT Part-Time Faculty Committee and the AFT Guild, San Diego and Grossmont-Cuyamaca Community Colleges, AFT Local 1931.

Assembly Bill 897 (Medina, D-Riverside) would raise the community college part-time faculty workload maximum from 67 percent to 85 percent. It would also clean up part-time faculty job security language that was being misinterpreted by some districts.

AB 897 passed out of the Assembly Higher Education Committee with an 11-0-1 vote on April 2, 2019. Subsequently, the bill moved to the Assembly Appropriations Committee and was placed on suspense. 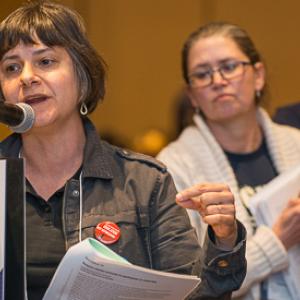 Letters to the Editor

The real effort should be pay equity at the state level

I have taught part-time music at Cabrillo College for 31 years at the maximum number of units. I am a bit dismayed about the 80 percent cap (Convention votes to raise part-time workload cap to 80 percent, Spring 2018) because that means that the colleges can now cover more classes with underpaid part-timers.

This means fewer full-time jobs, which will make everything (committee work, student contact hours outside of the classroom, etc.) more difficult for the teaching staffs. I understand that the extra work is a godsend for many part-timers but the real effort should be pay equity at the state level, not the local level.