What does gratitude look like? Find out from three members deep in student debt How AFT’s legal victory with the Public Service Loan Forgiveness program will change lives 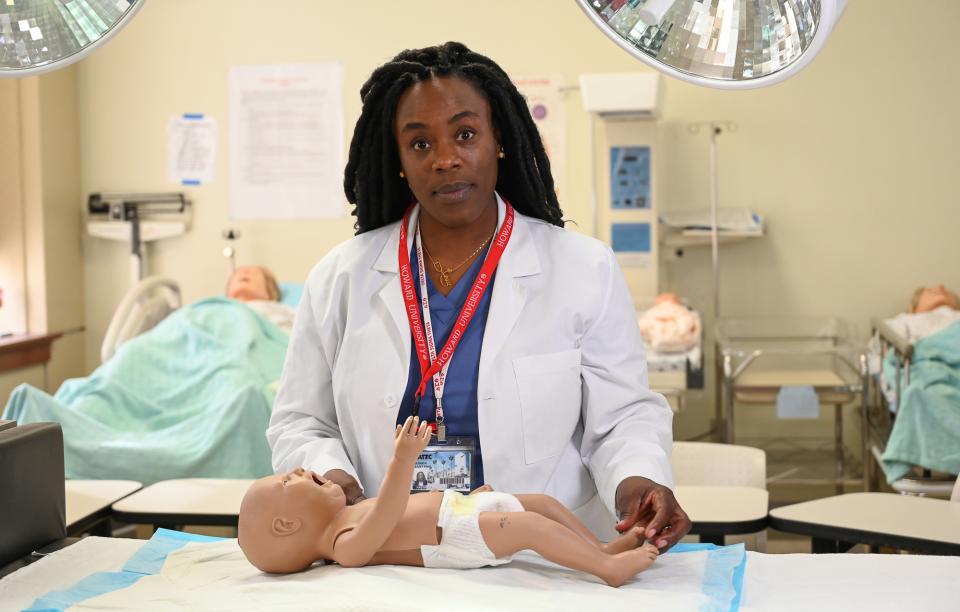 In 2018, Jessica Saint-Paul, who has a doctorate in medical science and teaches public health and health occupation courses at Southwest and Trade Tech colleges, attended a benefits conference put on by her local, the Los Angeles College Faculty Guild. They covered Public Service Loan Forgiveness, a federal program that promised if you worked in public service for 10 years and made 120 payments, the remainder of your loan would be forgiven.

Saint-Paul had nearly met those requirements and looked forward to escaping the burden of her monthly debt. She was at the conference to get information to share with other adjuncts (she chairs the Guild’s Adjunct Faculty Issues Committee), but instead she got a big shock when the AFT presenters reviewed her payments.

“I found out I was in the wrong loan,” Saint-Paul said. “I felt devastated and betrayed. I thought, ‘How did I miss this?’”

But Saint-Paul’s diligence had nothing to do with it. A shocking 98% of people who applied for Public Loan Service Forgiveness got their claims rejected due to dysfunction, convoluted rules, and sloppy management. The program founded in 2007 as a kind of thank you to workers in public service had overwhelmingly failed them, leading AFT President Randi Weingarten to file a lawsuit in 2019 against Betsy DeVos, U.S. Secretary of Education at the time.

In a victory that will bring relief to thousands of teachers and other public service workers, AFT won the lawsuit in October, and now teachers who had their applications denied are getting a second look under the terms of a new settlement agreement.

With the settlement, the borrowers’ PSLF applications will be reviewed and it’s expected to result in tens of thousands of student loan borrowers across the country, including teachers, nurses, and firefighters, having their loans forgiven.

Also AFT’s member benefit partner, Summer, will help borrowers apply for PSLF under the new rules, and AFT members can sign up for a free account.

The impact will be monumental, said Saint-Paul, who like many other borrowers had been told that she’d have to start paying off the loan from scratch.

“It holds the servicers out there accountable for the false information everyone was given,” she said about the legal victory. “It’s like a sigh of relief that finally something is happening.” 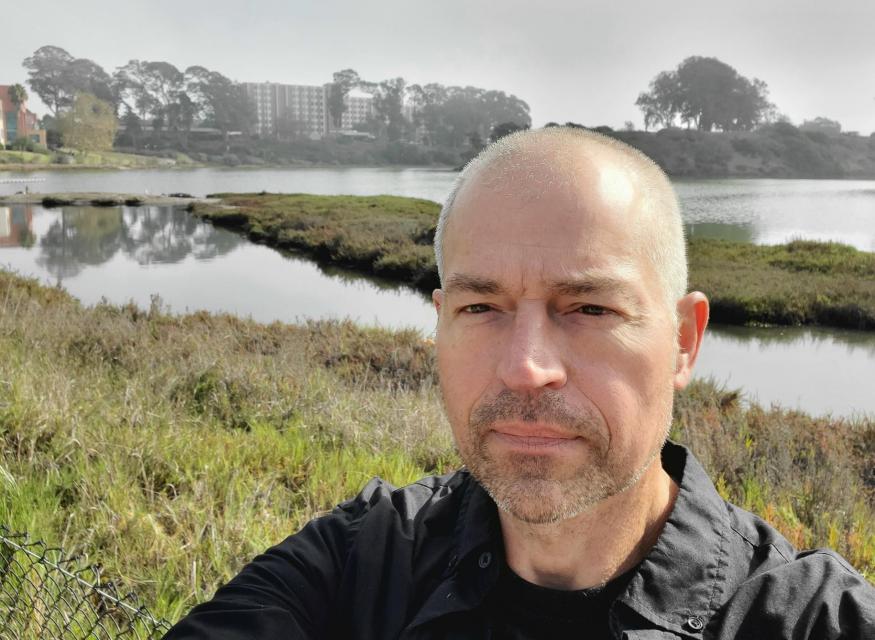 Like Saint-Paul, Peter Huk, a writing lecturer at University of California Santa Barbara, had followed the advice of loan officers since getting his PhD at the University of Southern California in 2003. His first experience of being misguided by a loan service was in 2004 when someone at Sallie Mae gave him bad information about his loans from undergraduate and graduate school. This happened again and again over the years as his loan got taken over by various financial companies and he was continually given false information.

Until he got his continuing lecturer position at UCSB (made more secure through the efforts of the University Council-AFT), Huk struggled to pay the bills with part-time teaching jobs, and he says he probably applied for about 100 positions a year.

“Part of the struggle of having the loans and having a job with low pay was trying to maintain currency in my field and realizing I might not get a job,” he said.

Huk, a member of AFT Local 1474, joined seven other AFT members as a plaintiff in the lawsuit. He says, like Saint-Paul, he had believed he was alone.

“I thought these were my issues,” he said. “I had no idea there were hundreds of thousands of borrowers in the same situation.”

Huk hopes the lawsuit will make a difference, not just for the borrowers getting relief now, but for those entering teaching.

“I feel a lot of joy for people who were in my situation,” he said, expressing the hope that no one will ever be in the position he was of following all the guidelines and making payments, only to be told those payments doesn’t count. “It’s as if the bank came and told you you submitted your mortgage payments to the wrong place, so they’ll just come and take your home.”

Several people, including Weingarten, have described this process borrowers have gone through as “Kafka-esque,” (referring to the author, whose characters often find themselves in terrible situations out of their control, such as in his most famous book, Metamorphosis, about a man who wakes up as a cockroach). Hundreds of thousands of teachers, first responders, and nurses had been making payments for years according to instructions they’d been given, and when they were told that none of those payments would count and there was no recourse, it felt like a nightmare. 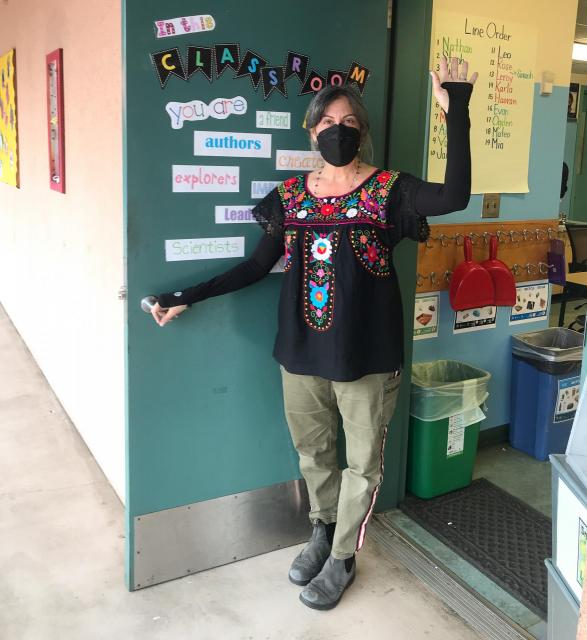 That’s what it was like for Kristi Jacobson, a San Francisco teacher and member of United Educators of San Francisco, who learned over the summer that despite making payments on her loan since 2005, she didn’t qualify for forgiveness. In her 50s, Jacobson was faced with starting all over again to pay off her $86,000 loan.

After years of trying, Jacobson has finally gotten satisfaction on loan forgiveness and getting credit for all the payments she’s made. AFT’s help was critical, she says.

“I’m surprised by how much caring support I’ve received,” she said. “I’d been lost in a big sea of other folks.”

Saint-Paul is also grateful to the union for its work on this.

“This never wouldn’t have happened without AFT. It’s like I always say, ‘Working together matters,’” she said. “I really thought I was going to have to restart paying that debt all over again. Now what I would have had to pay can go toward my family. It was like, ‘Wow, this can change my life.’” 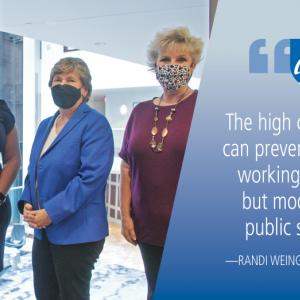 You may be eligible for public service loan forgiveness AFT legal victory produces sweeping rule changes, and a year to apply

After years of pressure and lawsuits from AFT and other advocates, the U.S. Department of Education recently announced sweeping changes to the Public Service Loan Forgiveness (PSLF) program that will make it easier to qualify and easier to achieve forgiveness. 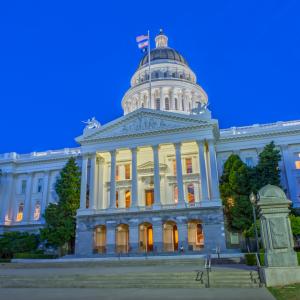 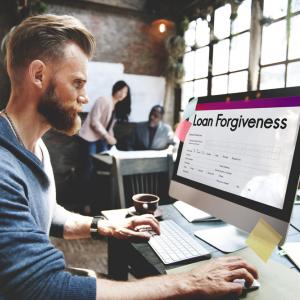