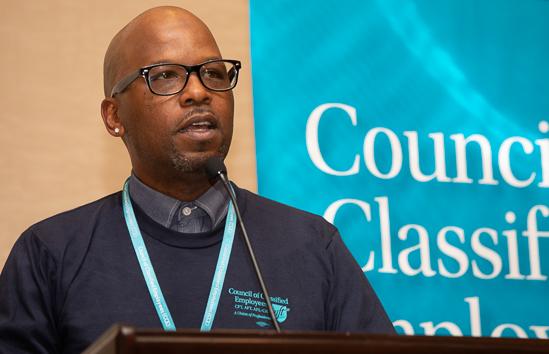 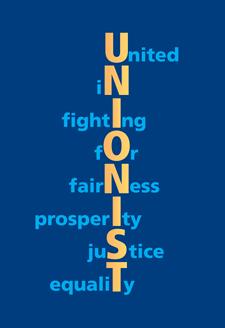 Some may think that a Unionist is synonymous with union member, and, in fact, Webster agrees by defining a Unionist as simply a “member of a labor union.” I don’t know if it’s ever been done, and I’m not sure if it’s even allowed, but I am going to challenge Mr. Webster.

When our committee was brainstorming a conference theme, we knew we wanted to include the word Unionist, and we spent quite a bit of time arranging words that would best define what a Unionist does. The end result was Unionist: United in fighting for fairness, prosperity, justice and equality. We knew that in this post-Janus time, Unionists are what we need to fight this battle. Simply being a union member does not prepare you for this fight. Based on my experiences and feelings, I want to prove to you that there is more to being a Unionist than being a member.

Union membership is like a gym membership: To get results you have to do more than pay your dues. Just like going to the gym and participating in activities there one can transform from a weakling into a muscle-bound human specimen, participating in union conferences like this can change the least active union member into a Unionist. Just like a gym workout, your level of union activity will determine the result.

Being a Unionist will take you out of your comfort zone. If done correctly, you will go places you wouldn’t imagine, and speak with people you may not usually speak with. And this builds your capabilities. 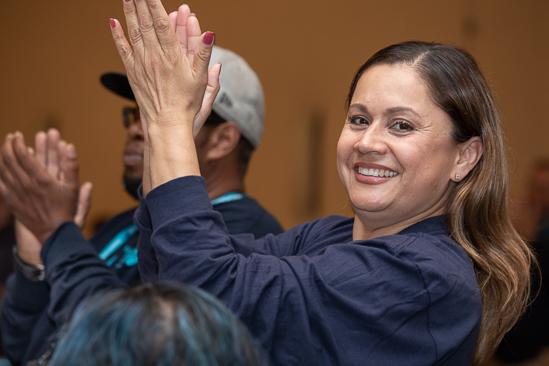 Years ago, I bought my son a turtle in a tiny fishbowl. We named her Suki and she lived happily for years in the bowl — little Suki in her little bowl. Until one day we moved her into a bigger tank, and, for a while, she didn’t realize that we had expanded her territory. And Suki got bigger. This turtle that could once fit in the palm of our hands grew and grew until she tripled in size. Brothers and sisters, we gotta be like Suki. We gotta get out of the small fishbowl of our locals and expand our territories. Getting into a bigger tank helps in the transition from union member to Unionist.

This year we spent a lot of time and effort converting agency fee payers into union members; now we must convert union members into Unionists. We must graduate and move the tassel from one side to the other. 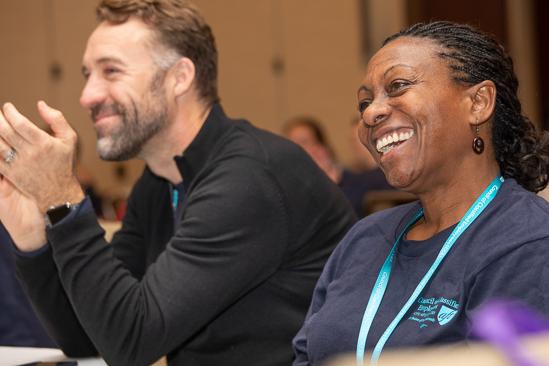 I implore you, like Suki, to get out of the tiny tank, to grow and make the transition from union member to Unionist. We must to come to conferences like this to learn for ourselves so we can teach others. We must attend union meetings, get on committees, run for office, and build a union — not for today, but for tomorrow. Then we can truly live out this year’s theme…United in fighting for fairness, prosperity, justice and equality.