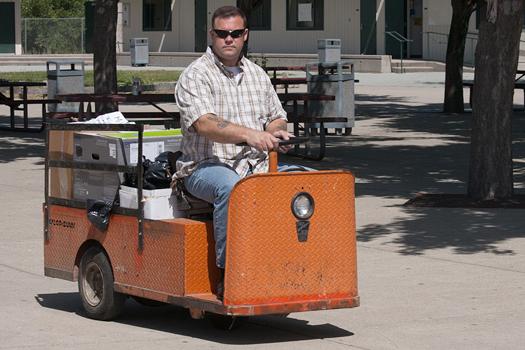 The designee must also develop a long-term plan to prevent pest problems with minimal hazard to people and the environment, and post it on the school website. Districts in Los Angeles and Santa Clara already require schools to have a written “integrated pest management plan.”

“I haven’t sprayed a pesticide in years.There are a lot of safe alternatives out there.”

SB 1405 would also require the DPR to annually train everyone who uses pesticides on school sites. “It is imperative that any pesticides on site be used safely,” said the bill’s author, Mark DeSaulnier (D-Concord). “Having schools adopt an integrated plan will promote preventative measures that can lessen the need for toxic pesticides.”

The Center for Environmental Health, CFT and Teamsters are among the bill’s supporters.

“You need something to stop the creepy crawlies that come out, but you don’t want to injure students,” said Mike O’Connor, lead custodian at Anzar High School in the Aromas-San Juan district.

Anzar High is surrounded by broccoli farms and lemon groves, but most growers are organic and don’t use pesticides on their crops. Every summer, however, ants infest the school.

“The garbage cans are starting to crawl again,” O’Connor said. “It’s only a matter of time until the ants work their way to the classrooms.”

Not all effective treatments are toxic. According to O’Connor, it’s just as easy to kill ants and erase their scent trails with a disinfectant cleaner. “I haven’t sprayed a pesticide in years,” he said. “There are a lot of safe alternatives out there.” 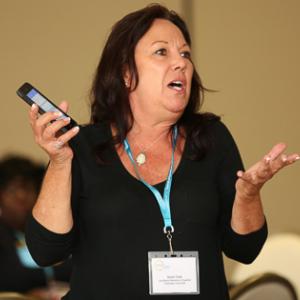