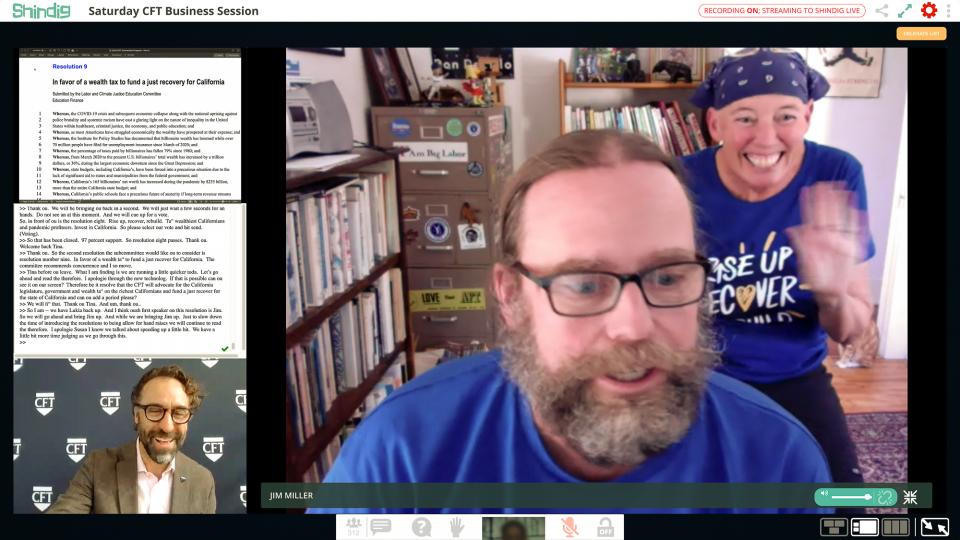 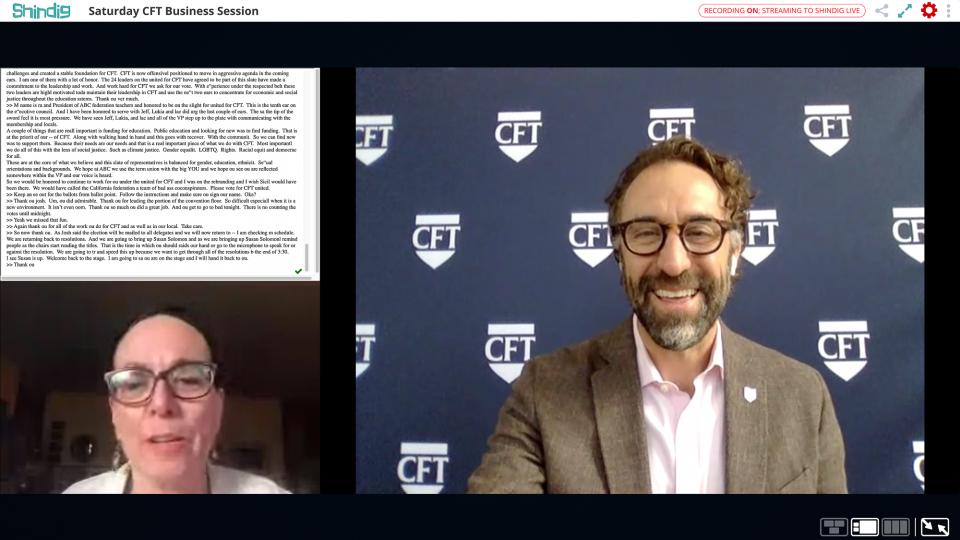 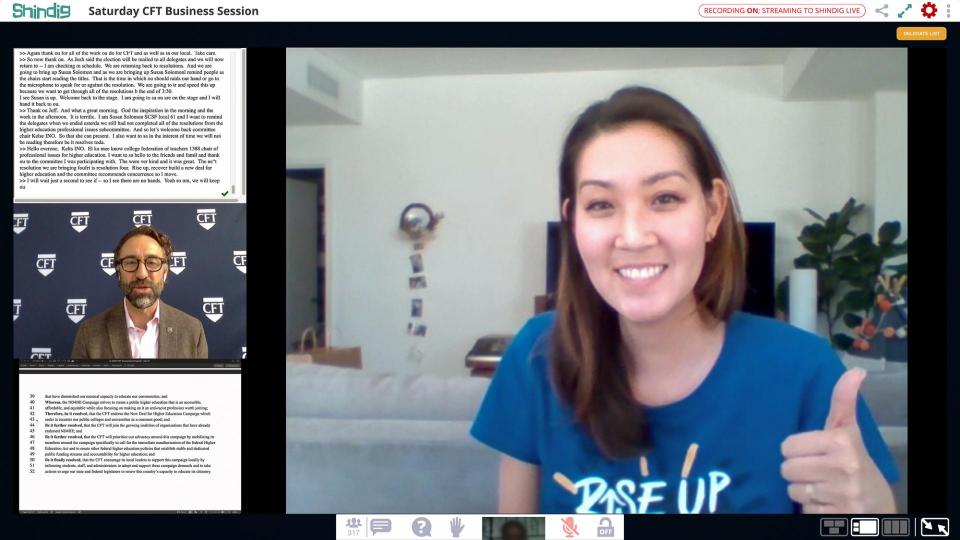 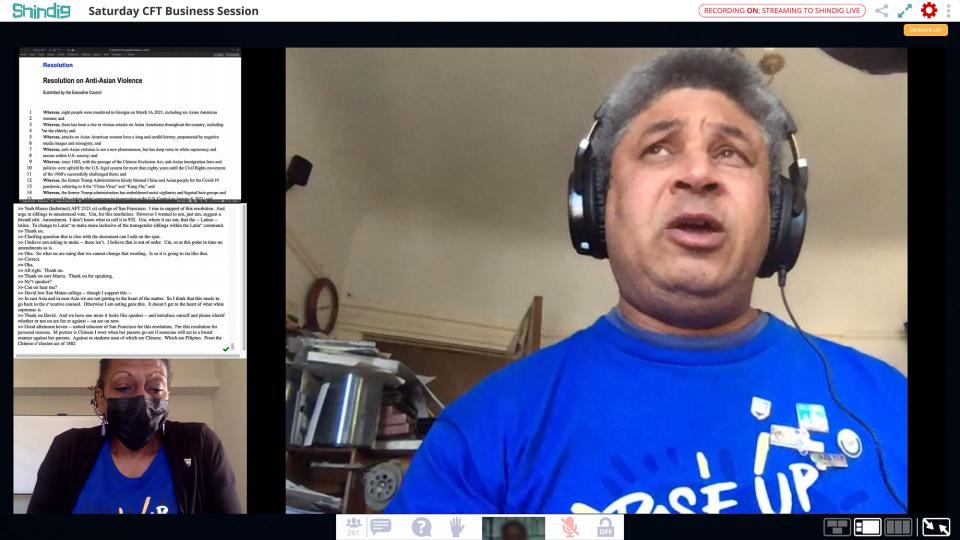 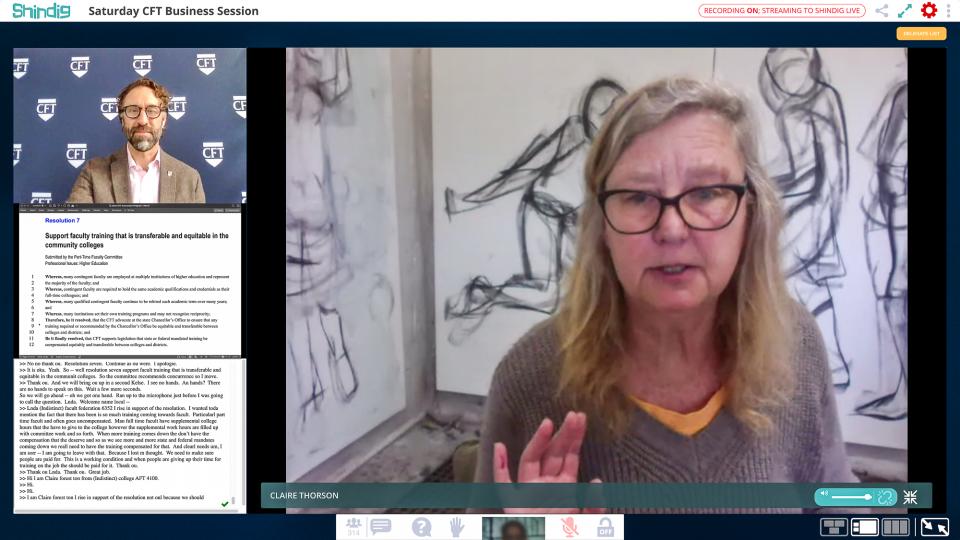 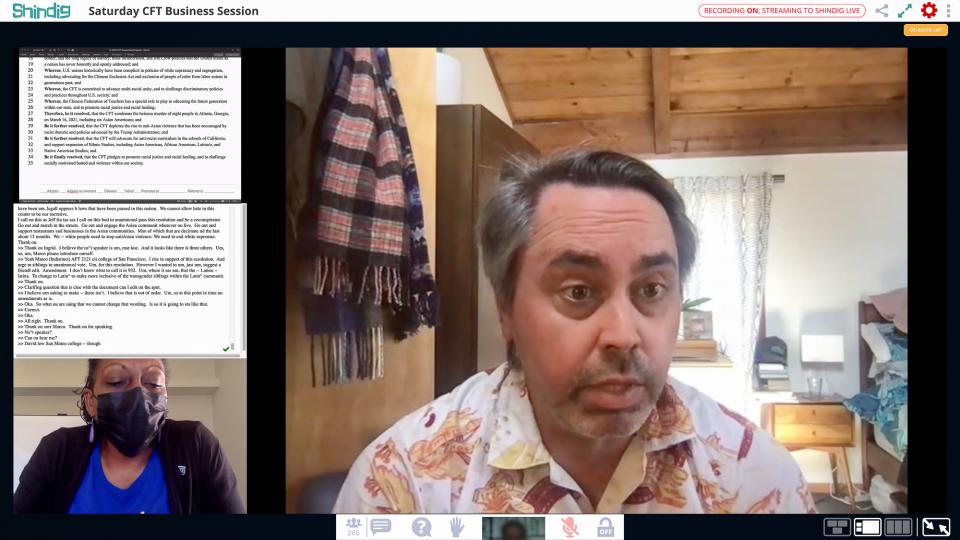 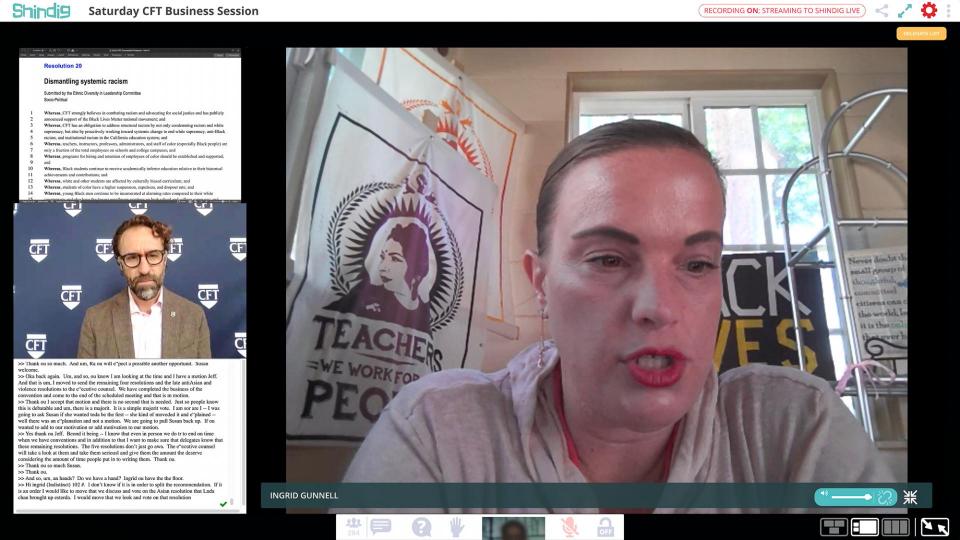 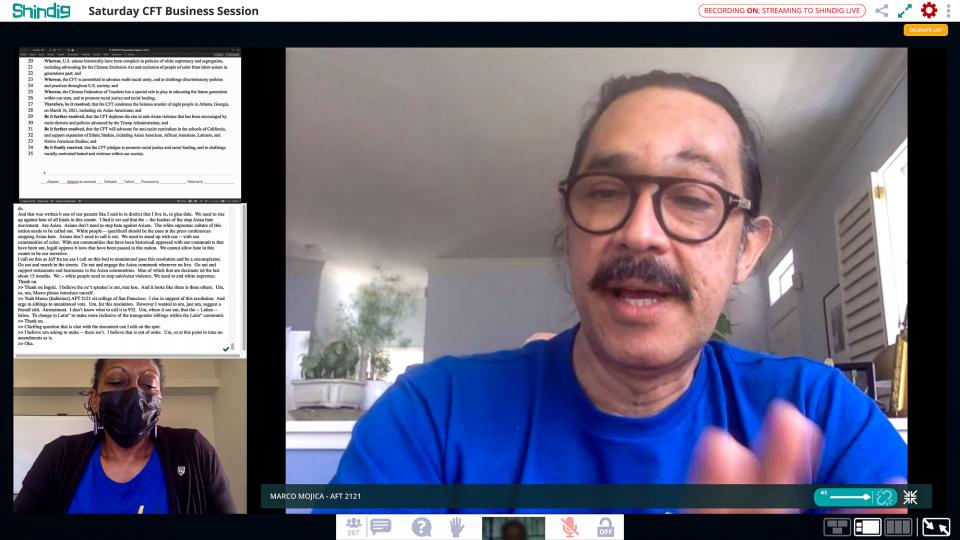 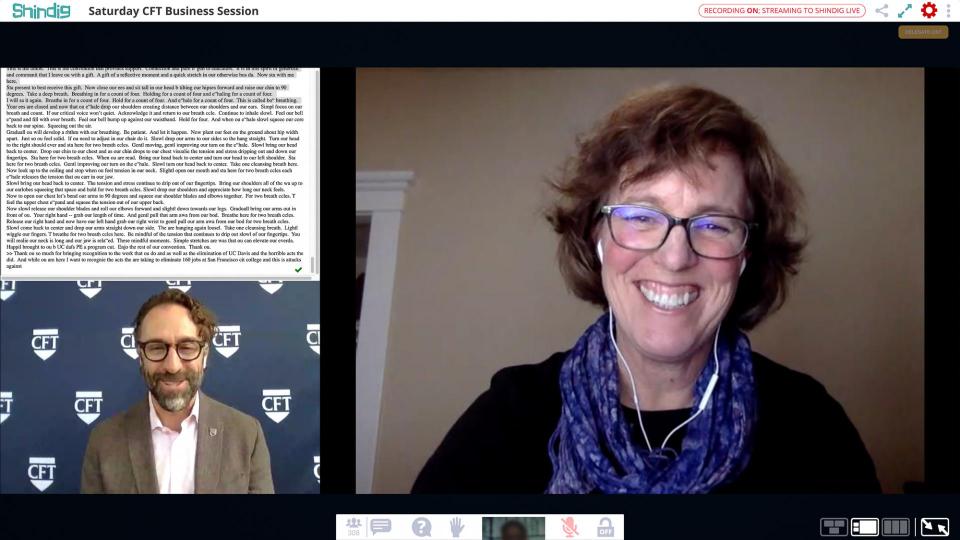 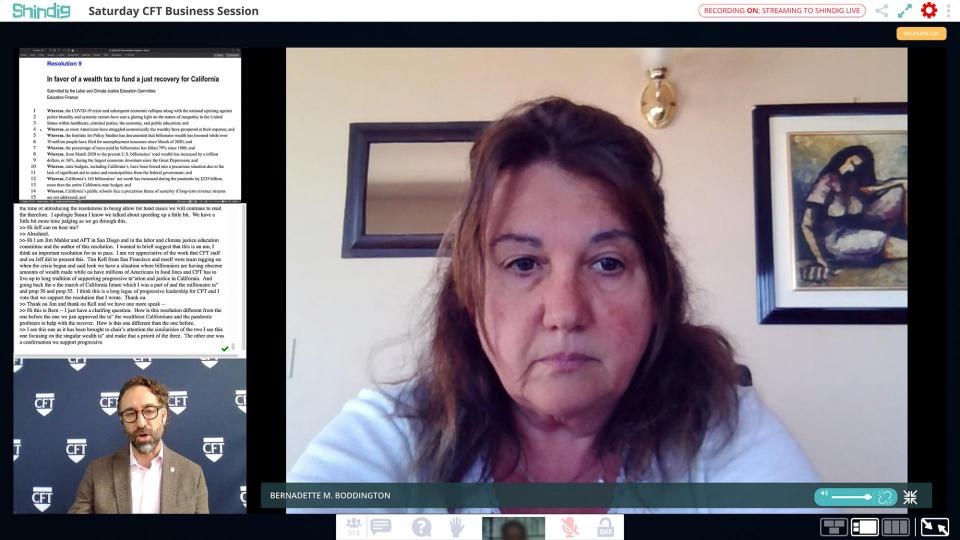 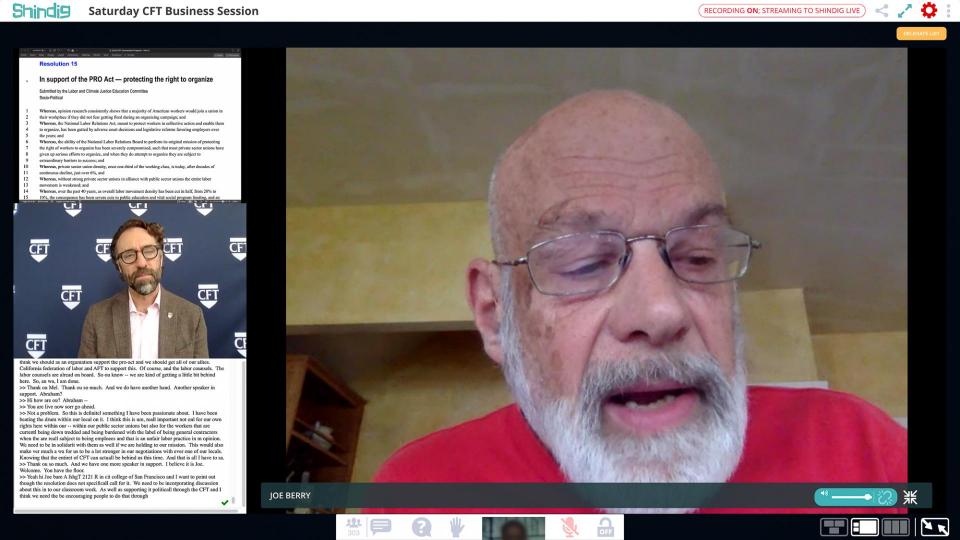 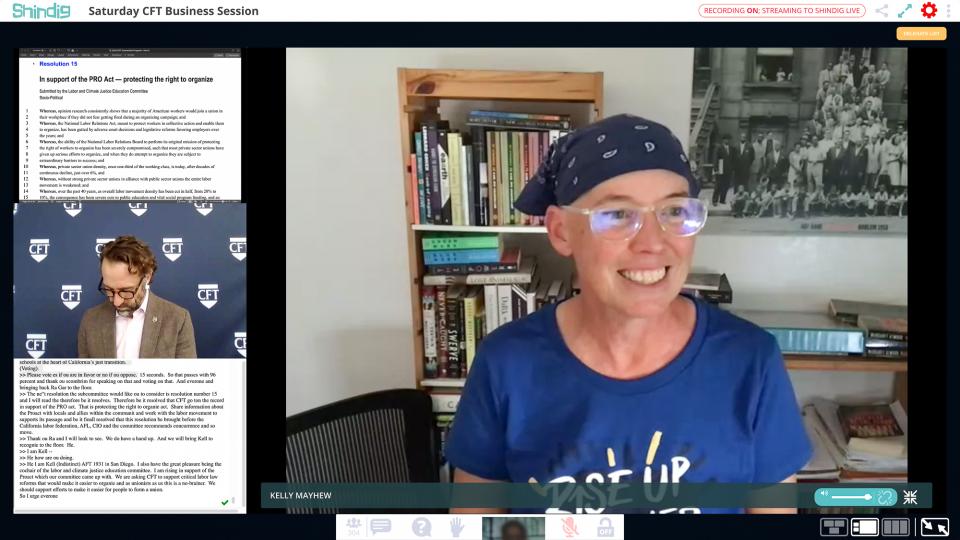 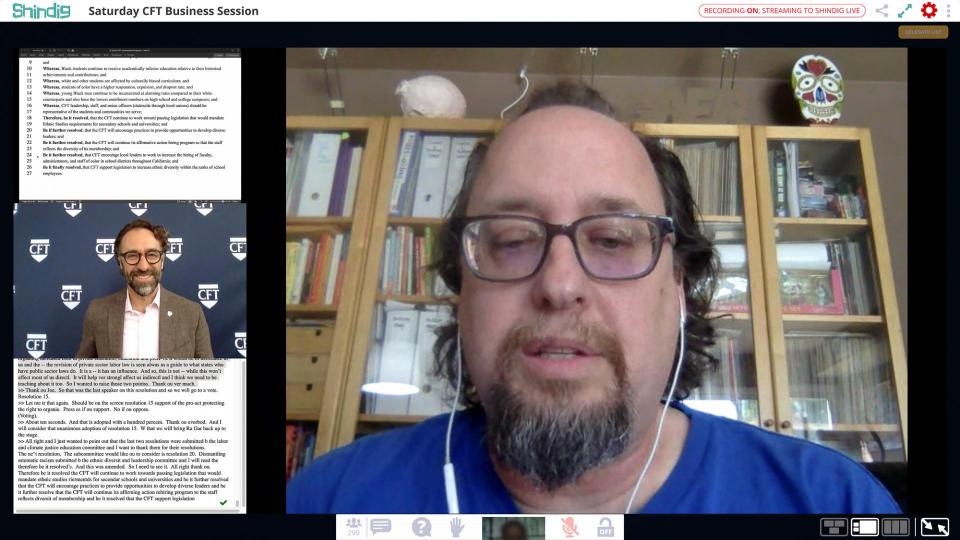 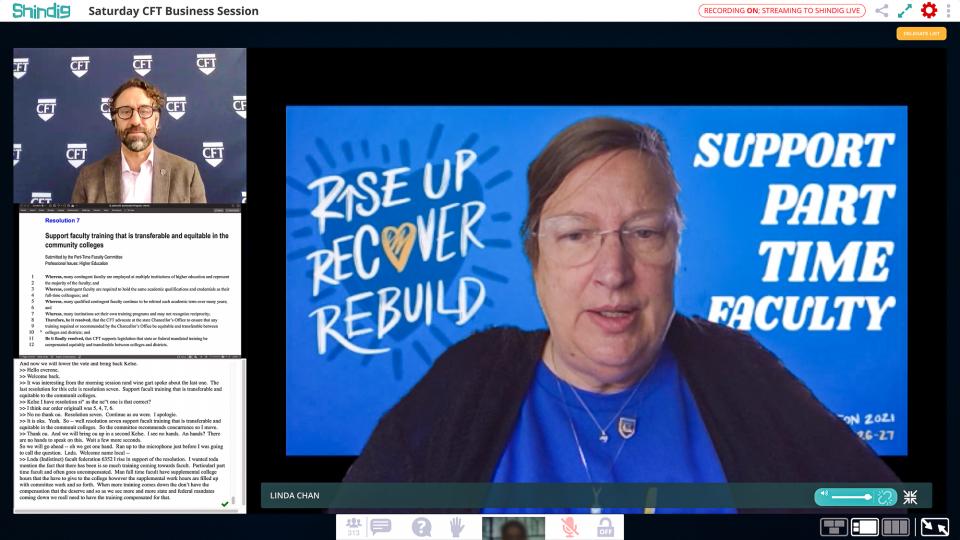 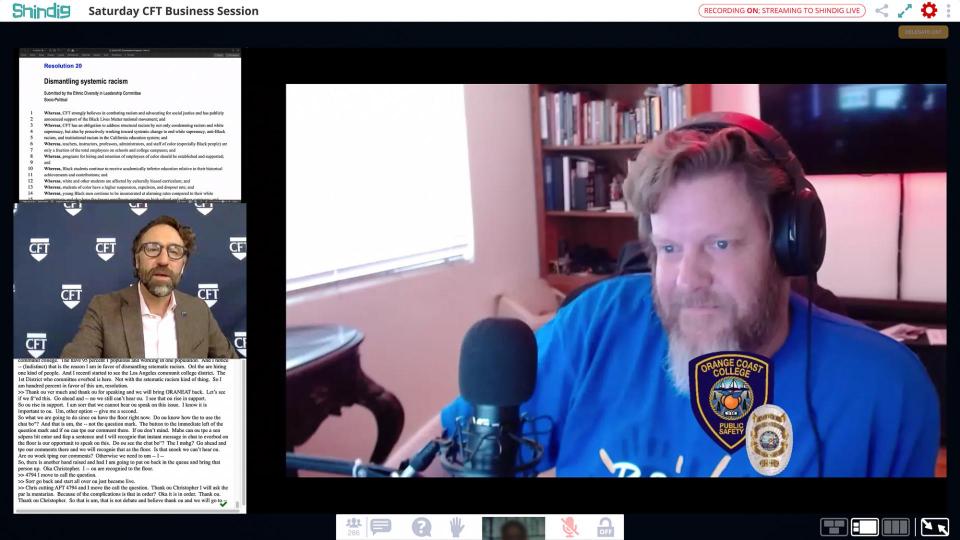 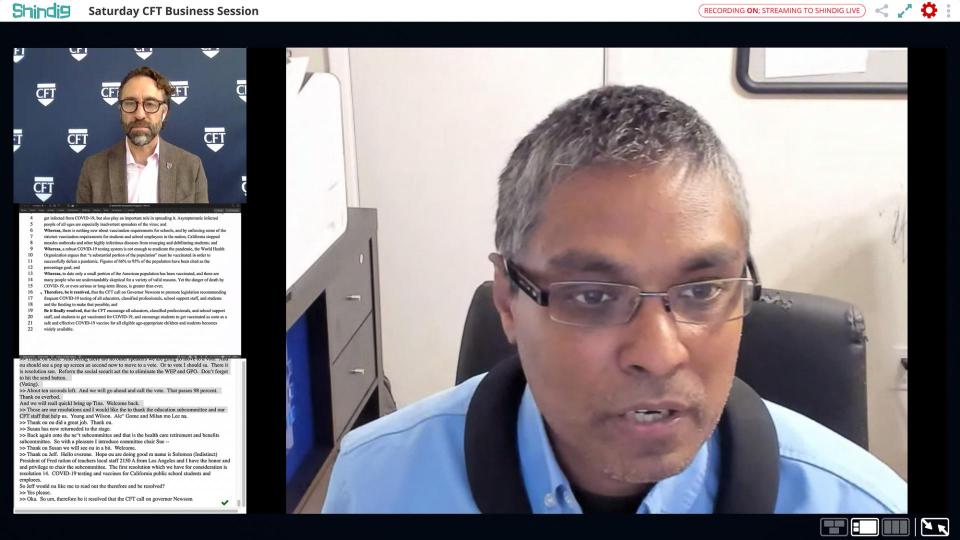 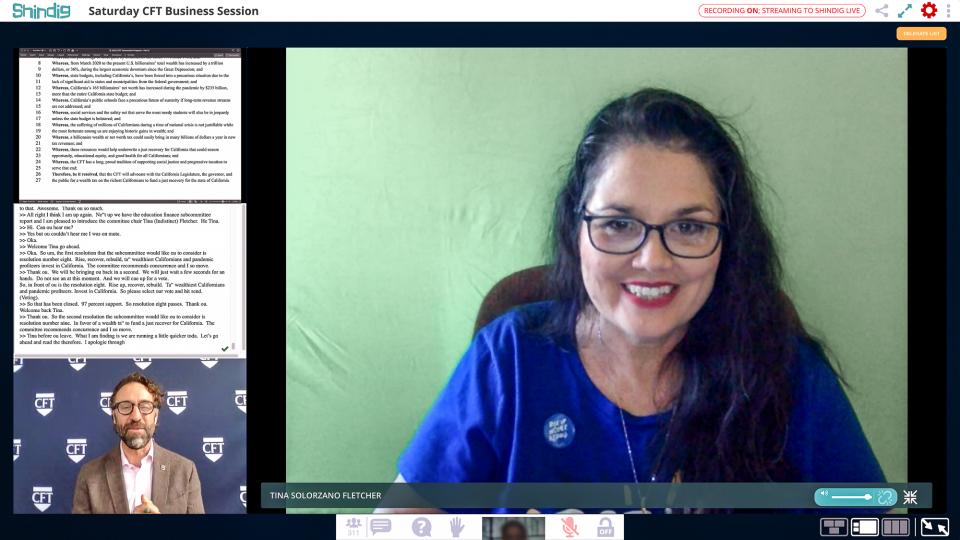 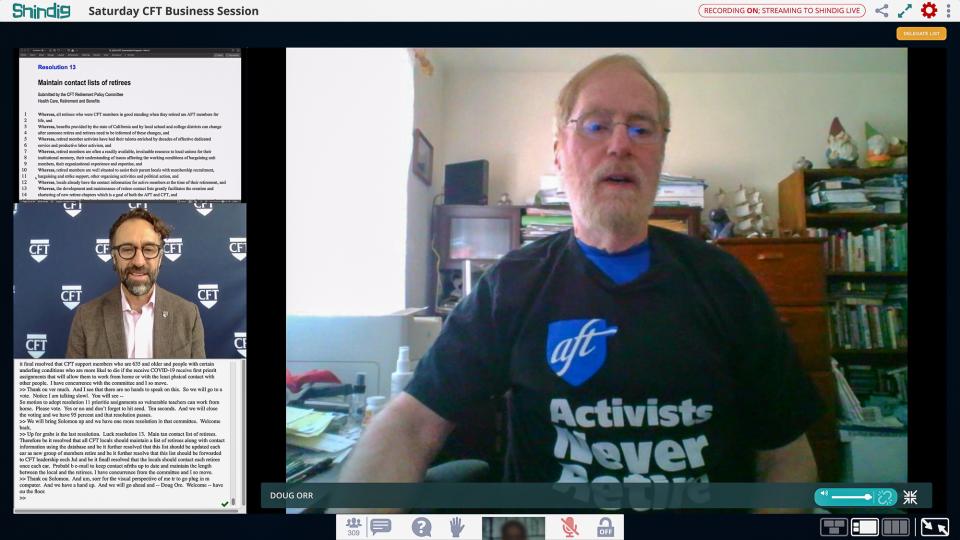 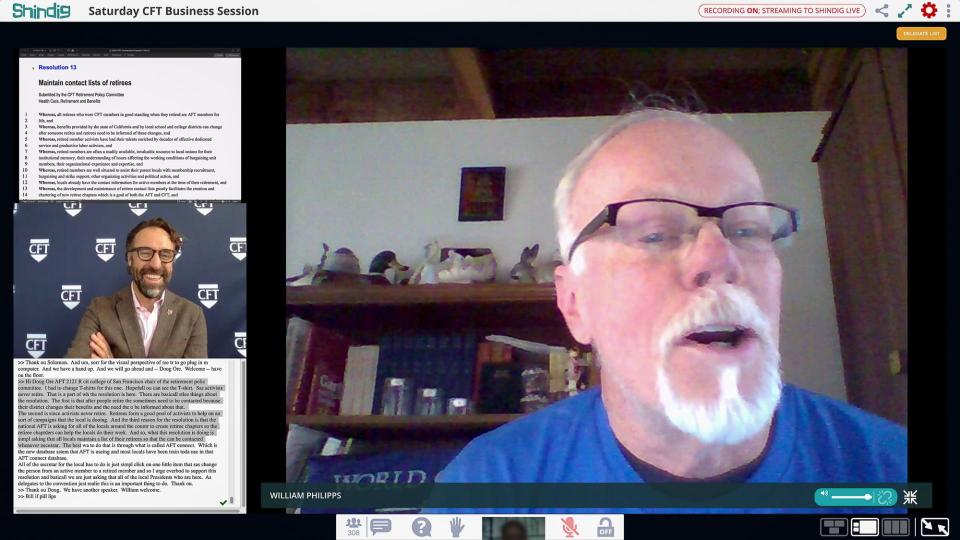 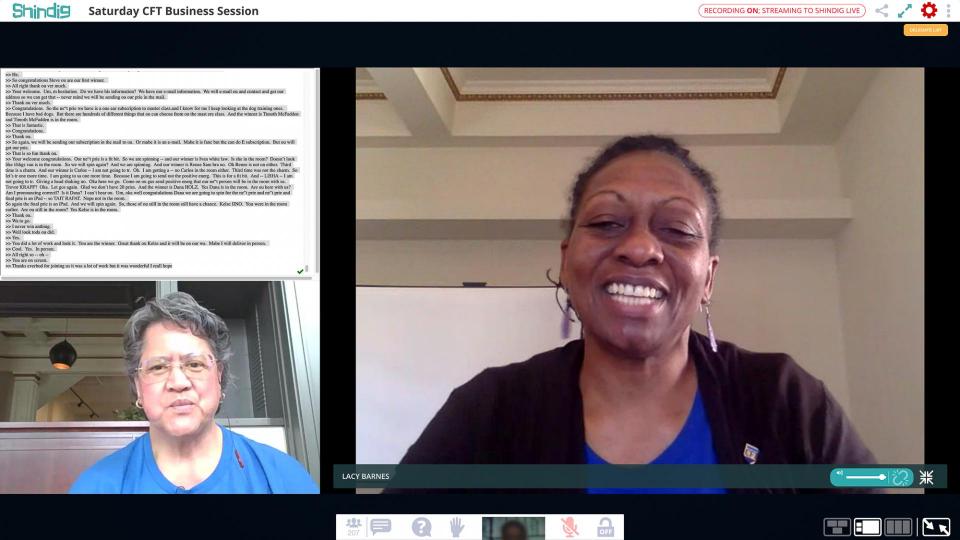 At this year’s CFT Convention, several resolutions provoked a lot of discussion, especially considering the attendees were virtually raising their hands to be acknowledged from their living rooms, rather than on the actual convention floor. Some of these included condemning anti-Asian violence, mandating healthcare for part-time faculty, reforming Social Security to support teacher retirement, supporting the PRO Act to increase union organizing, and maintaining a list of retirees to contact.

One of the early resolutions debated was Rise Up, Recover, Rebuild: Tax wealthiest Californians and pandemic profiteers — invest in California. The resolution supports the CFT-sponsored bill, the California Tax on Extreme Wealth, introduced by Assemblymember Alex Lee (D-San Jose) on March 15.

During the pandemic, California’s 165 billionaires net worth has increased by a staggering $265 billion—more than the state’s entire budget. Along with this resolution, Jim Miller, AFT Guild San Diego, supported a related one, In favor of a wealth tax to fund a just recovery for California. Miller said with so many Californians struggling economically due to the pandemic, these resolutions were critical.

“I wrote this with Tim Killikelly from City College of San Francisco,” Miller said. “CFT has to live up to its long tradition of supporting progressive taxes.”

Both resolutions passed overwhelmingly with more than 95 percent voting yes.

A resolution mandating healthcare for all part-time community college faculty generated a lot of discussion as people talked about how devastating it was to see colleagues losing their healthcare, especially during a pandemic.

Carlynne Allbee, AFT Guild San Diego, said sometimes people were only assigned one class so they wouldn’t be eligible for benefits. “Please on behalf of all the adjuncts in the state pass Resolution 5,” she said.

Grace Chee from the Los Angeles College Faculty Guild spoke, saying she considered healthcare a social justice issue. William Elarton-Selig from the same local said he’s had adjuncts call him in a panic because they’d lost a class and that meant losing their healthcare.

Lisa Agcaoili, from Lawndale Federation of Classified Employees, also spoke in support of the resolution. She said for part-timers to not get healthcare devalued them. “I’d love to see this pass so it can trickle down to the category I represent,” she said.

Linda Chan, president of the Citrus College Adjunct Faculty Federation, also spoke in favor of the resolution.  “I support healthcare for everyone,” she said. “To leave part-timers behind is just a crime.”

The resolution passed with more than 90 percent of delegates voting yes.

A resolution that generated widespread support was one to reform the Social Security Act by eliminating the Windfall Elimination Provision (WEP) and the Government Pension Offset (GPO) that reduce benefits for participants and surviving spouses whose employment is not covered by Social Security.

The AFT Guild’s Carlynne Allbee spoke in support of the resolution. “I need it,” she said. “I have had second and third jobs besides teaching, and I deserve to collect Social Security.”

The resolution passed with a 98 percent vote.

Another resolution regarding retirement called for local unions to maintain a contact list of retirees. Doug Orr, Retiree Chapter of the San Francisco City College faculty union, spoke to this, saying that retirees needed to be kept in the union fold so they can be informed about changes to their benefits.

Orr also pointed to his t-shirt, which read “Activists Never Retire” and said this slogan was another reason to keep a list of contacts, so that activist retirees could work on campaigns with their local unions. Bill Phillips, Santa Cruz Retiree Chapter, agreed that the resolution, which passed, was important and offered retirees an opportunity to serve.

Kelly Mayhew, AFT Guild San Diego, described a resolution to support the Protecting the Right to Organize Act (PRO Act), as a “no brainer,” to make it easier for workers across the United States to organize. The PRO Act is the most expansive pieces of labor legislative in decades and would provide critical labor law reforms that would allow unions to organize in the private sector once again. It is now before Congress as H.R. 2474.

West Valley-Mission Federation of Teachers’ Melvin Pritchard, Abraham Horowitz from the AFT College Staff Guild, and Joe Berry from the Retiree Chapter of San Francisco City College faculty union, all spoke in support of the resolution, which passed unanimously.

The most heated discussion was about a special order of business that was introduced after a mass shooting in Atlanta the week previous to CFT Convention killed eight people, including six Asian American women. The resolution condemned anti-Asian violence, and rather than sending it to the Executive Council, delegates stayed an hour past the convention’s scheduled end time to discuss it, with Freitas asking Senior Vice President Lacy Barnes to chair the debate while he went to the floor and urged delegates to pass the resolution.

Kelsey Iino from El Camino College Federation of Teachers also spoke, thanking the Executive Council for writing the resolution, saying it was a scary time to be Asian American.

“Asian Americans are not new to racist backlash and there have been countless hate crimes throughout the generations,” she said. “My grandparents were incarcerated during World War II in the American concentration camps, so to have them relive it and for us to be in fear is a real tragedy, and I really appreciate this.”

“That is just what happened to the Asians who were murdered. Their futures were taken away from them,” Cardwell said. “We have to do away with racism.”

The resolution passed with a 97 percent vote.

Delegates also passed two constitutional amendments, one to increase union dues as specified in the CFT Constitution, and the other modifying staff funding formula for local unions.