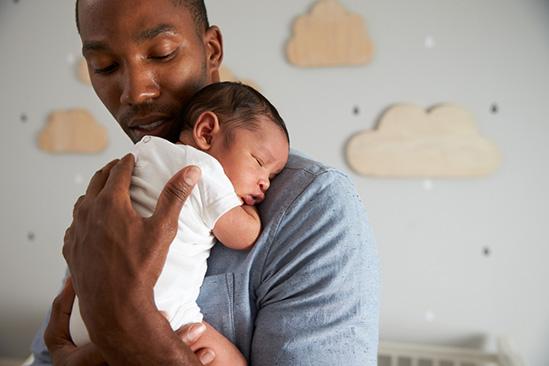 If there were perhaps one way to describe the legislative campaign waged by CFT this year as it regards both part-timers and the community college system, one could say it was “spirited.” Despite the sea changes proposed for the entire system, the union still won improvements for part-timers.

First, the CFT won a significant change to parental leave for part-timers when the governor signed CFT-sponsored Assembly Bill 2012.

“Now, all part-time faculty will be guaranteed at least one-half salary pay while on parental leave if they don’t have enough accrued sick leave available to them.”

“We closed a loophole in the parental leave statute that prevented part-time faculty in differential pay districts from receiving paid leave,” explained Community College Council President Jim Mahler. “Now, all part-time faculty will be guaranteed at least one-half salary pay while on parental leave if they don’t have enough accrued sick leave available to them.”

As for categorical funding, the CFT scored some significant successes that address the challenges of adjuntification.

While these are clear gains, it is not fully clear how the categorical funding will be dispersed. And unfortunately, the governor vetoed CFT-sponsored Assembly Bill 310, a bill which would have required districts to publish how much they pay out in office hours for part-time faculty.

A host of educational advocacy groups — including the CFT — raised serious concerns about Gov. Brown’s call for a new funding formula and his demand for a separate, fully online college.

CFT maintained that while directing more money to economically challenged students is a move toward equity, the formula, as constructed, would have significantly reduced funding to districts with higher success rates, effectively penalizing them for doing a good job.

The far greater concern, however, was the performance-based funding component. As educators know, the challenges to student success are often driven by external factors — socioeconomic, cultural, and familial — that are beyond the control of the colleges.

Further, the potential loss of funding due to less than stellar completion rates would mean a cut in funding that would hurt future students, and, with regard to part-time faculty, would mean the loss of work and possibly the opportunity to obtain full-time positions. These full-time positions are sorely needed at all community colleges, none of which are in compliance with the 75:25 ratio for full- to part-time faculty.

While CFT and other groups lobbied hard to retain the existing attendance-based student funding formula, the considerable, and yes, spirited efforts ultimately convinced the governor to compromise to a 70-20-10 model and delay full implementation for three years.

There were many problems with the proposal, ranging from issues of governance to a lack of high-speed internet access in rural communities and whether the target students would be a good fit for online learning. But the union’s main concern was the duplication of existing online education programs already in place throughout California’s 115 community colleges.

The feared end result would lead to a reduction of students at existing colleges, which in turn would lead to reduced funding and a loss of class sections, and most immediately, the loss of jobs for part-time faculty.

Ultimately, the governor prevailed in securing the $120 million for the new online college, but CFT and other groups made it clear to the Chancellor’s Office that they will be revisiting the issue with the Legislature and scrutinizing next steps.