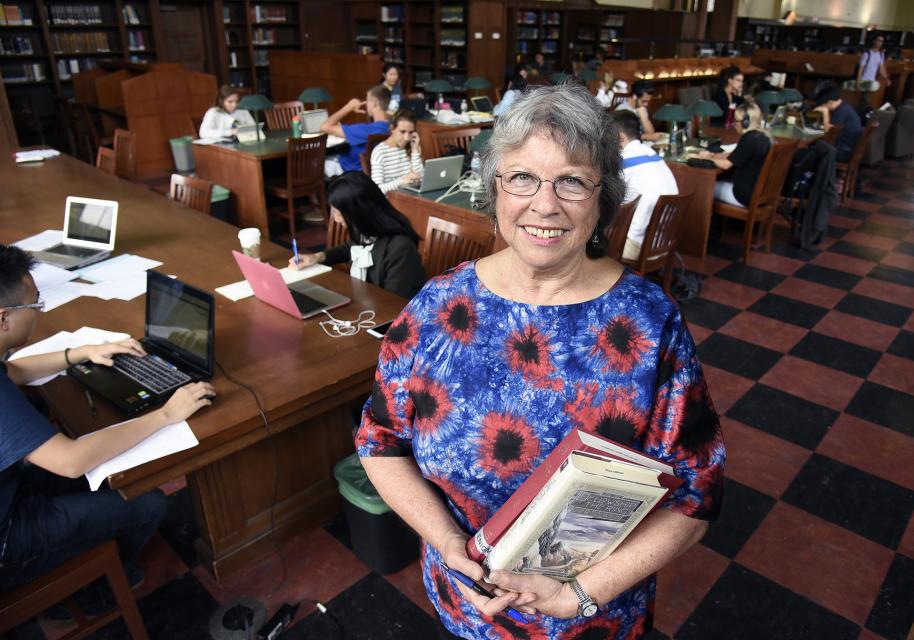 The University Council-AFT is negotiating with UC over two key articles of its contract covering librarians — salaries and professional development funds — says Axel Borg, distinguished wine and food science bibliographer at UC Davis. He sums up the common concerns between the union and the university as competitiveness, compression, and consistency.

Miki Goral, UCLA reference librarian and council secretary treasurer, points to the need to raise entry-level salaries in particular, currently starting at $47,000 per year, to make the university competitive. “I don’t think the university can easily hire people because it’s too low,” she says. “If we took the bottom three points off the salary scale, so that it started at $51,000, the whole scale would move up, including the top level.” Union negotiators say entry-level salaries are higher at the CSU and at community colleges.

The university adopted a new rank-and-point scale in 2013 to rationalize the percentage differences between every salary step. Since then, this system has been applied during each librarian’s merit review, a process set to be completed in July. Each point was to be the equivalent to a year’s worth of a normal merit increase, topping out at $116,220 per year.

We’re evaluated on our professional activity. So we’re surveying our members to see what people actually spend on professional development, as opposed to what the university pays.

Describing this compression, Borg, the UC-AFT vice president for legislative affairs, explains that “the top of the current pay scale has not changed in almost six years. We have a significant number of librarians who have been stuck at the top. UC should expect high performance from senior librarians, and, in all fairness, recognize and reward those librarians who continue to perform at the very highest level.”

Consistency relates to support for professional development. The 2014 contract clarified that professional activities, service, and research can be relevant to a librarian’s career path, beyond her primary job description. The definition of those activities was expanded and defined to include any academic research, not just that pertaining to library science.

The university, however, does not fund those activities, despite expecting librarians to be at the top of their field. Jared Campbell, a 15-year librarian at UC Davis, says that in 2016 the limit for supporting travel to professional conferences was $1,500. “If you have to travel anywhere east of the Rockies, you’ll use it up on just one conference,” he explains. “I’ll use it all for going to the national meeting, the Cleveland conference of the Society of American Archivists. If I want to be involved in the California organization, I’ll have to pay to go to the conference.”

Normal professional conference expenses include registration, airfare, hotel and meals. “I understand what the costs are, and I can choose,” says Campbell. “But if you’re a younger librarian, you may not be able to handle that at an entry-level salary. If the university wants topnotch librarians, that means people involved in national and statewide organizations. Someone considering a job at UC is going to look at what the university is making available for professional development, so this can make a difference.”

According to Borg, the amount of professional development funds varies from campus to campus. “The only consistency is that they are inconsistent and inadequate.”

Goral, a veteran of many contract negotiations with the university, doubts that it will be receptive to these proposals, at least initially. “We’re evaluated on our professional activity,” she says. “So we’re surveying our members to see what people actually spend on professional development, as opposed to what the university pays.”

Goral says she recognizes that departments and libraries face budgetary constraints “which sometimes catch them between a rock and a hard place. But they make choices on expenditures, and sometimes the way this funding is provided is inequitable. We’re not saying it should all be completely even, but it should be more fair.”