More than 90 academic support employees staffing a successful extracurricular program in the Lawndale Elementary School District recently joined the ranks of the AFT, granting them the same workplace rights as unionized classified employees in the Los Angeles County K-8 district.

“The services these workers provide are as essential as those provided by instructional assistants and support personnel in the district,” says Carl Williams, president of Lawndale Federation of Classified Employees, AFT Local 4529. “It made no sense to exclude them from our bargaining unit.”

According to Williams, an outside organization started the program called Realizing Amazing Potential, or RAP, which offers before- and after-school activities at nine campuses.

RAP employees prepare students for regular classroom curriculum, help them with homework by providing background knowledge and hands-on activities, and plan and implement unique lessons. They also lead activities such as computer learning classes, silkscreening, and participation in sports and a musical rock band. The district eventually absorbed the program.

Over the years, RAP workers had experienced unfair treatment including at-will dismissals, reductions in work hours and transfers without notice. There was no process for discipline or evaluation.

Kristia Groves, an activities specialist at Will Rogers Middle School, said the RAP employees approached Local 4529 because they wanted the same benefits as the union-represented classified employees in the district.

The local immediately launched a card-signing campaign. After a few months of personal visits, meetings and phone calls, more than 86 percent of the RAP employees had signed union cards.

Groves helped research the Education Code, comparing job duties and responsibilities of the RAP employees to those of union-represented staff. Because of her research, the union was able to present a strong case showing how the duties of RAP employees were similar to those of instructional support positions in the district.

The local presented the signed cards to the Lawndale district during contract negotiations, and within hours, the district recognized the workers as part of the union.

With union recognition, the RAP employees gained basic rights such as due process for grievances, evaluation and discipline; paid holidays, sick days, and vacation leave. The district retroactively paid program workers for holidays from February 2011 through April 2012.

Having job security and a democratic process at the workplace were important to Cathy Kizine, a program leader at Anderson Elementary. She played a key organizing role at her site by distributing flyers and union cards, attending meetings, and explaining why having a union was a good idea.

Kizine says that there are still some issues to hash out. The RAP workers want job titles that more accurately describe what they do and there are unresolved details about employee dress code and uniforms. “Now members can democratically decide what’s important to them, and how to move forward,” she says. “The union gives everyone a voice. Union protection allows us to ask questions and not be afraid.”

Andrew Sanchez, an activities specialist at Mark Twain Elementary, agrees. Before winning representation, “we felt like a stepchild of the district,” he explained. “We wanted to be fully embraced, to have the same rights as other district employees, and strengthen how RAP is perceived.”

As a result of its success, the Lawndale Federation received an award for the largest growth in membership through new unit organizing at CFT Convention. “It was easier than I thought,” Williams concludes. “To anyone thinking about organizing, my advice is, ‘Just do it.’” 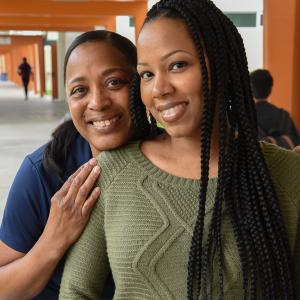