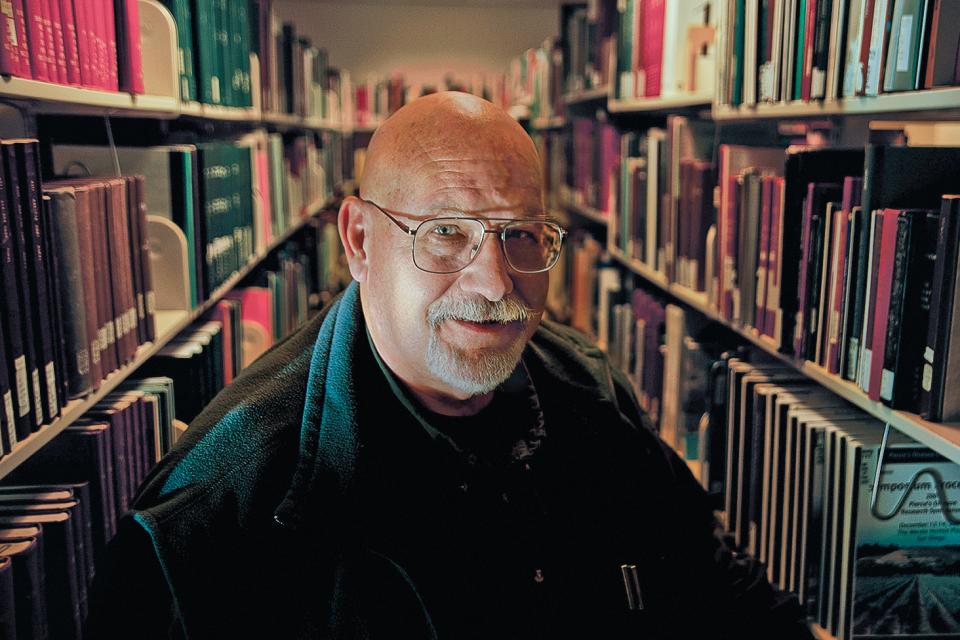 While every UC campus has an Academic Senate, giving tenured faculty a forum to debate academic and professional issues, the Academic Federation is unique to UC Davis, where it performs a similar function for non-tenured faculty, librarians, researchers, scientists, agronomists, cooperative extension specialists, and academic administrators.

Working in the Biological and Agricultural Sciences Reference Department of Shields Library, Borg is a subject specialist in food science and technology, nutrition, plant science, agronomy and general agriculture. He is best known for curating the 29,000-volume viticulture and enology collection at UC Davis, considered the finest in the world.

Student activist Charles Parker calls Borg “a walking treasure trove of information.” He said Borg gives the same amount of attention to everyone who comes to him for assistance, “whether it’s a senior faculty member working on material for publication, or a young undergraduate completing a first research paper.”

Borg also wears several union hats. He is president of the AFT local at Davis and vice president of legislation for statewide UC-AFT. Today, for Borg that means preparing for what will be a tough fight in the fall to pass the CFT-sponsored Millionaires Tax. “I think it’s the way to go.”

Borg looks to members of his union for strategy. “I’ve been talking with my members, and I know we have to be thoughtful.” His solution is one particularly appropriate for a librarian. “I provide them with objective information,” he says, “and try to get away from sound bites. That often takes a 30-45 minute discussion. Our members are highly educated and trained to question things critically, so I don’t tell them what to think.”

Borg doesn’t just talk to librarians and lecturers, the bargaining units represented by UC-AFT, but also to other unions in the system. He plays an important role in the UC Union Coalition, which includes the California Nurses Association, the United Professional and Technical Employees, the American Federation of State County and Municipal Employees, and the Association of Graduate  Student Employees.

Parker, one of the students pepper-sprayed in last year’s infamous Davis protest incident, respects Borg because “he was not content to sit by as the university suffers through one of the worst budget crises in its history,” which saw unprecedented increases in tuition for students and cuts for faculty and staff. “Instead he was instrumental in forming a coalition of unions and student activists to pressure the university for reform.”

Borg negotiates carefully the line between his roles as union president and as a leading member of the Academic Federation. At one federation meeting, another member incorrectly described a university decision to withhold merit raises from UC-AFT members. “I spoke to correct the misstatements, without trying to make a pro-union speech,” he recalls. “Another federation member proposed a resolution to condemn the UC administration’s action. And when it came time to vote, I abstained.”

The purpose of the Federation, Borg says, is to provide a vehicle for shared governance. That doesn’t prevent him from firmly defending the rights of members under the UC-AFT contract. “When I approach any issue, I always have to ask myself where the line falls.” The newly reenergized local has developed such a good reputation that workers in unrepresented units have started to ask how to get organized.

“The best thing I hope for from my activity,” Borg concludes, “is that it gets people involved. The members are the people who can actually make things happen.” Parker calls him “a true example of what it means to commit your life to a role as an educator.”