Building a member-driven union at the university An effective site rep structure reaches lecturers, librarians where they work 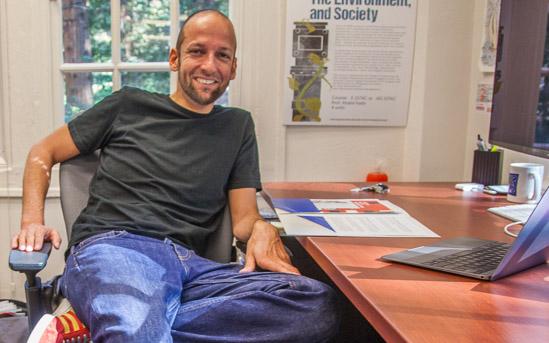 At UC Berkeley, 16 lecturer site representatives are fanning out across the sprawling campus. In Davis, the union is fielding at least 15. In both places, the effort to meet the challenge of a new era in public sector labor relations is part of an even larger move to change the culture of the union.

Like many public sector unions, the University Council-AFT is preparing for a Supreme Court decision in the Janus v. AFSCME case, in which the court’s new right-wing majority is likely to strike down agency fees. That would invalidate the union’s contract provision requiring non-members to pay a fair share service fee for representation services.

“At Berkeley, we ask these site reps to identify themselves to their fellow lecturers, to develop a two-way communication about the contract and benefits, and to come to union meetings to participate.”

In response, Roxi Power, UC-AFT vice president for organizing, developed a traditional site rep structure overseen by member leaders as coordinators. It encourages campus locals to communicate more closely with members and to bring people into the union in new ways. 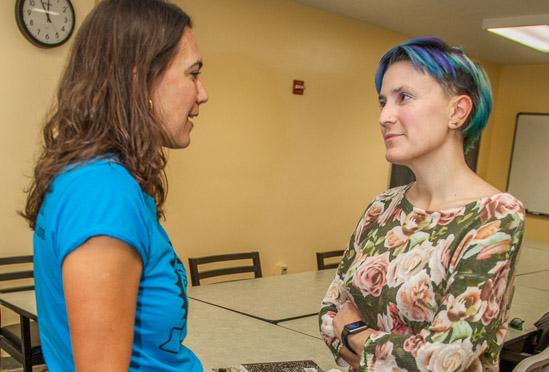 “At Berkeley, we ask these site reps to identify themselves to their fellow lecturers, to develop a two-way communication about the contract and benefits, and to come to union meetings to participate,” explains Site Rep Coordinator Joanna Reed.

Berkeley librarians are out in front, with 72 union members of the 78 people in the unit. They organize with the advantage of working together so they get to know each other on the job. They developed a structure with one site rep to every six members in preparation for next year’s bargaining.

On the other hand, the campus has 1500 lecturers in an academic year, with about a one-third turnover. Of the 886 lecturers currently working, 413 have joined the union.

“Our effort started before we’d even heard of Janus,” says Khalid Kadir, Berkeley’s second site rep coordinator. “Two years ago we had a broad discussion of how we could make our union much more of a place to connect with our colleagues. We want to build a real union, that goes beyond the core of people who’ve traditionally been active.”

Lecturers are widely dispersed across UC campuses, where there are rarely more than 10 in a department and often fewer. Some departments “encourage” lecturers to leave after a couple of years, to bring in new recent graduates. In addition, professional schools often hire people with active careers in the professions themselves, with little interest in the salary they earn from their appointments or other traditional union concerns.

“We also want people to see our union as an inspiring place that can bring people together, and as an organization committed to justice in the world beyond our jobs.”

“People live in their departments,” Kadir emphasizes. “If all we do is come in when there’s something wrong, to fight about it, people can see us as a source of problems. So I try to change their view, first by helping them understand all the things the union has done to make their jobs better, and then by giving them a voice in defining our organization’s priorities. ‘It’s your union, you own it,’ I tell them. So it’s a slow process, but I’ve signed up eight site reps in two months. You start with people who are really busy, even wary, but at the end they’re always enthusiastic. The key is personal contact and lots of coffee. Sending people emails doesn’t cut it.”

“The key is also knowing someone,” Reed adds. “We’ve found that site reps are more effective if they’re people in the departments themselves.”

Katie Rodger, a site rep coordinator at UC Davis, agrees. On her campus the union had already mounted recruitment drives last fall and spring. “Now we’re trying to be more strategic,” she says. “We mapped the campus to see where the clusters of lecturers are. Then, instead of looking through lists, we’re trying to get site reps in those hotspots.”

That’s worked well among lecturers in the writing program, where she works. Almost all have become union members. Now they have to go beyond. “What resonates are the basic questions of job security — getting continuing appointments — and raises,” Rodger believes. “It’s really about people talking to each other.”

Kadir agrees. “We also want people to see our union as an inspiring place that can bring people together, and as an organization committed to justice in the world beyond our jobs,” he said. “When student workers walked out of the dining halls to protest poor wages and working conditions, we supported them. We voice our concerns about DACA students and people affected by the Muslim ban. Ultimately, we’re a member-driven union, and we’re here to serve what members want to do.”