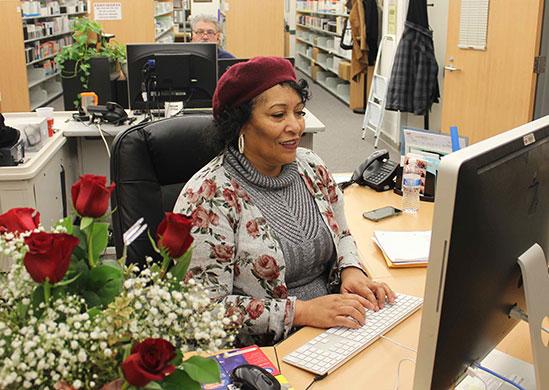 For years, the conservative majority on the U.S. Supreme Court threatened to clip unions’ wings if the right case came before the bench.

Classified AFT locals across California have been preparing for the decision in Janus v. AFSCME by asking agency fee payers to become full members, and recruiting at new employee orientations. The membership drives have meant an influx of new enthusiasm and a renewed sense of union pride.

Knowing the local needed to strengthen its membership base, Marten and the executive council identified fee payers and and crisscrossed the Golden West, Orange Coast and Coastline campuses to recruit them.

The local also reopened the contract and negotiated 30 minutes at each new employee orientation session to promote the benefits of union membership, as mandated under the labor-sponsored Assembly Bill 119.

“We have some very enthusiastic young people with great ideas who want to get involved. New employees mean new vigor. It’s pretty exciting.”

Palomar Council President Anel Gonzalez also took office last July, after six years on the negotiating team and serving as grievance officer for AFT Local 4522. “People tend to be complacent when nothing threatens them,” she said. “But now we’re doing the work that needs to be done.”

One of the first things Gonzalez and executive council members did was spend two long days crossing campus to meet people where they work. The team held meetings at all hours, armed with donuts at 5 a.m. or pizzas at 5 p.m. Gonzalez’s favorite approach was sitting down at someone’s desk and sharing a bag of popcorn with them, a tactic she calls a “pop-in.”

A mass retirement cut through the San Diego County campus four years ago. Palomar College is now hiring, and the union hosts lunch at every new employee orientation.

The efforts have shown results. Six years ago, fewer than 60 percent of 356 employees were union members. Today, membership is at 85 percent and a goal of 90 percent is within reach.

Lawndale Federation President Carl Williams has made recruitment in the elementary district a priority for years, and the CFT recently recognized AFT Local 4529 for a 14 percent increase in membership, which now stands at 70 percent.

Williams said access to new employees at orientation sessions and a new AFT electronic sign-up form have kicked the ongoing campaign into overdrive. “We’re getting to people as soon as they are hired. We’re signing up people every day.”

The local invites non-members to general meetings so they can see how the union works and what members think and want. Many join so they can vote on issues and contracts.
“Non-members know we negotiate the contract that brings us all better working conditions and salaries.”

Williams also led efforts to organize part-time personnel who care for students before and after class, and on playgrounds. “Noon dutys” are mainly Latinas and are often the lowest paid staff on campus.

A new law that expands classified service to include “noon dutys” went into effect in January, and the local is holding meetings to inform employees of their new rights.
“Noon dutys don’t need to pass probation before joining the union,” Williams said.
“Why should they wait to vote on a contract?”

Antelope Valley Federation President Pamela Ford said the Janus case created an urgency among AFT Local 4683 members to get active. “Now members constantly come by my office and ask what they can do, how they can help.”

In its current organizing campaign, Antelope Valley has more than doubled its ranks on campus and is aiming for 80 percent membership.

Ford credited the growth spurt to a team of CFT organizers that “set up a table in front of the bookstore and went around campus with our officers to convince members to join.”