Proposition 55 effectively extends Proposition 30, which started as the CFT’s Millionaires Tax and which voters passed in 2012. It maintains the current income tax rates established in Prop 30 for individuals earning more than $250,000 and couples earning more than $500,000 a year, and extends them for 12 more years.

Another CFT priority was returning effective bilingual education to schools. With an impressive margin of 45 points, voters overwhelmingly passed Proposition 58 to repeal 1998’s Proposition 227, which mandated English-only language education for most California students. With Prop 58 in place, parents and school districts will be able to work together to choose how best to teach English learners. 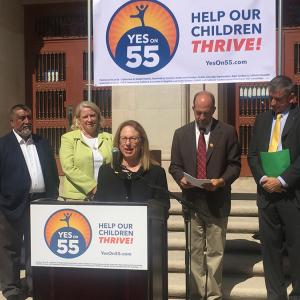