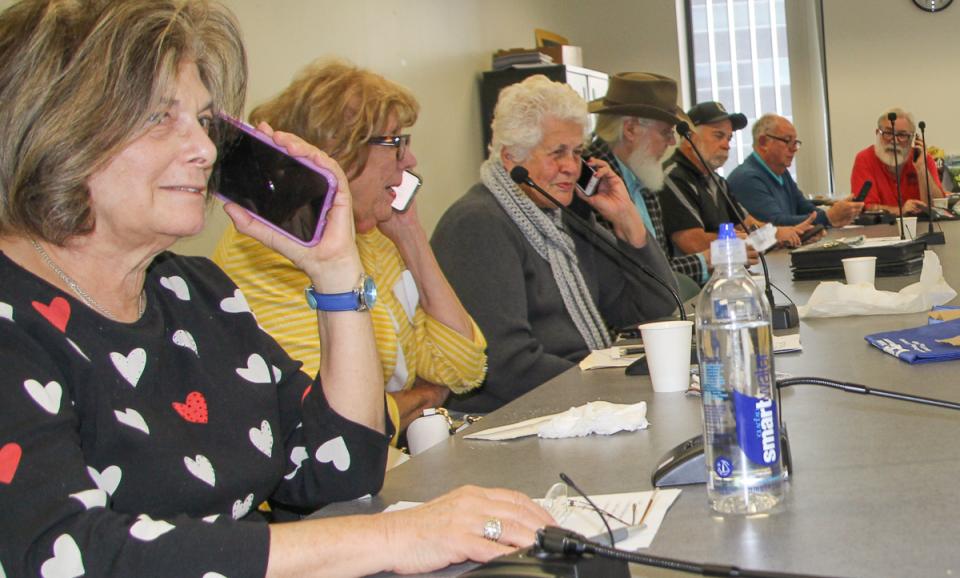 For more than four decades, California corporations have evaded their fair share of commercial property taxes, leaving our schools with some of the most overcrowded classrooms and worst ratios of students to counselors, librarians, and nurses in the nation.

Schools and Communities First will close those property tax loopholes in 1978’s Proposition 13 — without affecting homeowners or renters — and channel more than $12 billion per year to local schools, community colleges and other vital services.

CFT is a leading force in a coalition to qualify Schools and Communities First for the November General Election ballot, and retired teachers and classified staff are among the most active advocates. The deadline to gather signatures is March 20.

Retirees are also advocating for the new Proposition 13 — a statewide bond measure on the March 3 primary ballot — that will generate $15 billion to repair and renovate our K-12 schools, community colleges, California State and University of California campuses.

In local elections, retired members of United Teachers Los Angeles have been staffing phone banks for weeks — L.A. school board races are their top priority leading up to Super Tuesday. Four of seven Los Angeles Unified School District seats are on the March 3 ballot, and an edge by public school advocates over pro-charter forces hangs in the balance. 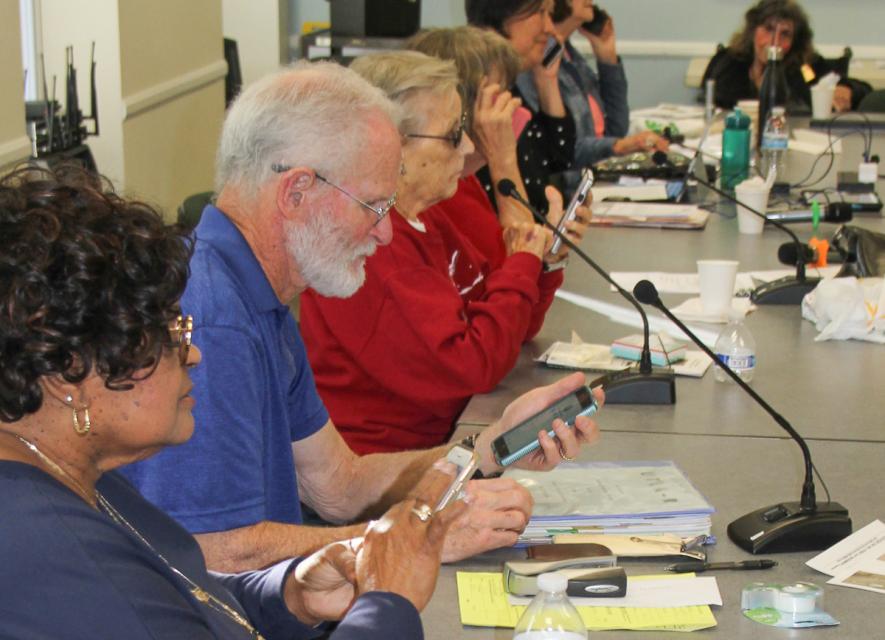 The fourth board race, however, is a nail-biter. Parent Patricia Castellanos rallied her Harbor-area neighbors to the teachers’ side during the strike, and now faces a former pro-charter board member for Seat 7.

“The good news,” said Cecilia Boskin a member of UTLA-Retired, “is that every union has endorsed Patricia.”

Boskin said UTLA-R activists will pivot after March 3 and focus completely on gathering signatures on Schools and Communities First petitions. SEIU, which represents LAUSD classified employees, also supports the ballot initiative and is mobilizing members for an April 7 rally and testimony at city hall.

More than a dozen activists of the Santa Cruz Federation of Retired Educational Personnel, AFT Local 9990-R, are phone banking and precinct walking with the Monterey Bay Central Labor Council for local school board candidates and ballot measures.

But Measure R, a $274 million bond to upgrade Cabrillo Community College buildings, is a tougher sell. “A similar effort failed in the last election,” Philipps said. “Voters were confused about the need to fix buildings when enrollment is dropping.”

Philipps was active as a classified employee, and now helps lead Local 9990-R, a new local combining certificated and classified retirees. The chapter is tracking down and recruiting earlier Santa Cruz retirees through the AFT Connect database. He also attends meetings of the statewide CFT Council of Retired Members. 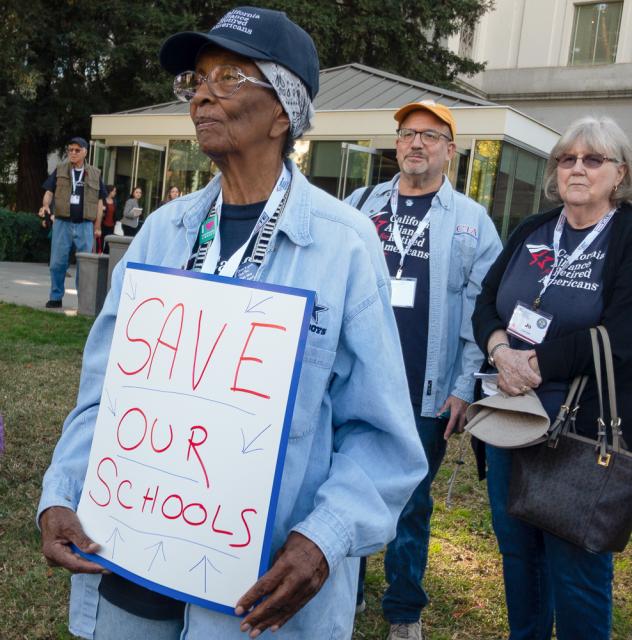 The California Alliance for Retired Americans — CARA — has endorsed Proposition 13 on the Super Tuesday ballot, but the group’s top priority is qualifying Schools and Communities First for the November ballot. CARA is halfway to its goal of 100,000 signatures.

“We have been hitting all the retiree groups in the area,” said Mike Nye, co-chair of the CARA Legislative Committee and a member of its speakers bureau.

“Yesterday I spoke at the local CTA chapter,” added Nye, former CFT secretary treasurer who now lives in Point Richmond. “Retired teachers and staff like to hear that this money will be going to their schools and colleges.”

CARA Board Member Margaret Shelleda, former CFT executive director, said, “Retirees can be helpful in all kinds of activities, from phone banking and getting out the vote to organizing campaigns and letter writing.”

“Health permitting,” Shelleda said, “we can be active at times of the day when active union members are at work.”

She cited as an example retirees from the ABC Federation of Teachers who show up early at school board meetings to hold seats for active teachers until they get off work.

Shelleda sees CARA as unique in bringing together community groups and union retirees. This broadens her perspective, she says, and also helps spread the union message.

“Other groups see the solidarity that unions have around certain issues and the power CARA has,” Shelleda said. “And it’s been eye-opening to see some of the issues they’re taking on — from safety and street crossing to housing and the size of print on prescription drug labels.”

CFT is a CARA sponsor, so every CFT member is considered a CARA member. “That means we don’t need to pay individual dues to participate.” Shelleda explains.

CARA’s Senior Vote Project made a significant contribution to flipping California seats in the U.S. Congress in 2018, and activists are gearing up for this critical election. Members are assigned a phone tree of 20 seniors and are responsible for calling them periodically during the election season.

We can be sure that retired educators will be on the front lines in 2020. 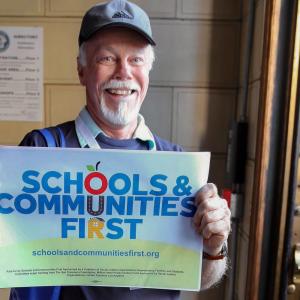 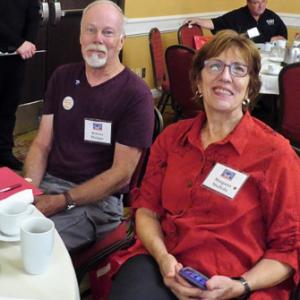