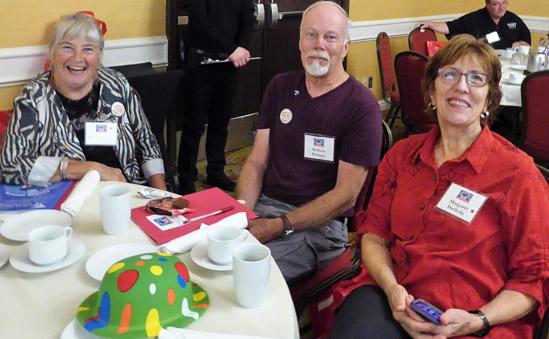 Under a Medicare-for-All approach, Perez said, Los Angeles Unified would pay additional Medicare taxes, but that would amount to much less than escalating insurance premiums, and could save the district up to $500 million yearly. Extrapolated statewide, he added, a national health plan could free up $5 billion for California classrooms.

“That would pay for a lot of education,” Perez said. “That’s what happens now in places with a single payer system, like Canada or Europe, where every single Canadian dollar or euro that went to employee healthcare before now goes into services for the students.”

Medicare-for-All would also free unions and administrators across the country from millions of hours of negotiating individual health plans, he added.

The U.S. Congress is also wrestling with ways to improve the Medicare system, which currently serves about 74 million Americans.

Senate Democrats led by Sherrod Brown of Ohio have sponsored legislation to allow more than 40 million Americans between the ages of 55 and 64 to buy into Medicare. Brown’s Medicare at 55 Act offers them the same benefits and protections as someone enrolled in Medicare Parts A, B and D.

Congress is also debating a bill that would allow Medicare to bargain with the big drug companies over the cost of prescription drugs for retirees, something now forbidden by federal law under a law passed under George W. Bush.

Healthcare is always on the agenda of the California Alliance for Retired Americans, and Medicare-for-All was the buzz at the 10th Annual CARA Convention this fall.

“Those of us who have Medicare know how valuable a single payer plan is,” said retired CFT Executive Director Margaret Shelleda, now a CARA vice president representing CFT and AFT retirees.“Why burden employers with providing healthcare?” Shelleda asked. “A national health system could cover everyone if we all paid a slightly higher payroll tax, but didn’t have to deal with deductibles and copays and all that.”