But Fisher, who had been getting a COVID-19 test every two weeks, realized she would no longer be able to do so — right when she would be around students, teachers, and staff and most in need of one. The testing site is only open once a week till 3 o’clock and she teaches till 2:45.

Fisher says she’s been hearing from other teachers with similar concerns about getting tested who also don’t know how to get a substitute if they need to miss class.

“I’ve been emailing the head of HR about it,” she said. “We can’t mandate or require people to get tested, but we’ve been encouraging them to do it every two weeks. Now we’re not as flexible and people can’t squeeze it in. I’ve been working on it as far as I’m in the loop.”

At Poway in San Diego County, schools have been open since October even though the district has, at times, been in the purple zone, the most restrictive. Kelly Logan, president of Poway Federation of Teachers, Local 2357, says there are four testing sites in the county exclusively for school employees, but the closest one is about a 20-minute drive.

Logan says she’s heard from teachers who worry that they’ve been exposed because they have a positive case in their classroom. She has been working with district officials to increase information sharing, so she can keep members informed and promote confidence in the system.

“I’m working with the district to figure out the exact protocols,” Logan said. “We’re looking at making a video to better share the process. The district is now texting me at the end of each week with information on positive cases.”

Both Logan and Fisher say that they’re not hearing much from their members about vaccines, which are tentatively expected to be available by summer or possibly spring. 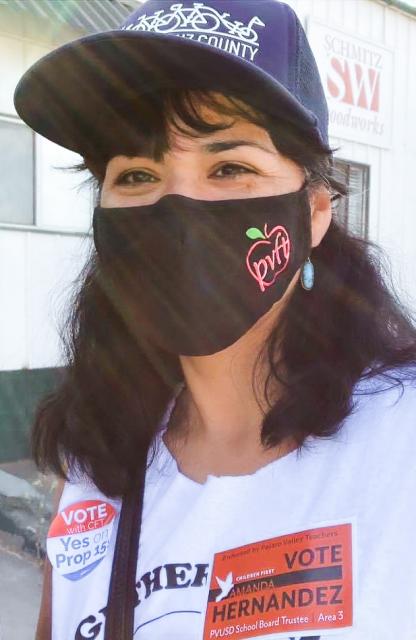 Nelly Vaquera-Boggs, president of the Pajaro Valley Federation of Teachers, Local 1936, says some members don’t want to go back on campus until there is a vaccine, but currently it’s not a big part of the discussion. For now, she says, the union has negotiated with the district to reach a start date of March 1, but that could change depending on the numbers.

At this time, there are no students or teachers on campus except for a few in the special education program and those without internet access at home. These small groups will continue working on campus but teachers maintain the ability to work from the safety of their homes. Teachers and students are getting more comfortable with distance learning, and Vaquera-Boggs says they are working on issues of equity and students’ emotional well-being as well as making sure they meet academic standards.

“We’re staying focused on doing our best to save people’s lives, and students are still our number one priority,” she said. “Teachers are working very hard to ensure students’ needs are being met.”

Vaquera-Boggs, Fisher and Logan all say a bright spot in the middle of trying to teach and stay safe in this pandemic is the Friday happy hours the EC/TK-12 Council has been hosting. They agree that getting together to hear success stories, a budget update, or getting validation from their colleagues across the state means a lot.

“It’s really helpful,” said Logan, who also sent some nurses from Poway to participate in a CFT task force on vaccines. “It can be pretty incredibly stressful right now, and it’s nice to share.”

Vaquera- Boggs agrees. She says after hearing about a union doing a Wellness Wednesday to address how exhausted their members were, they decided to do something along those lines.

“We started a Mindfulness Monday with a mindfulness coach coming for half an hour before we start work, so we start our week in a positive manner,” she said. “This has been a hard year for everybody with being isolated and having to learn a new way to provide a service. Just knowing you’re not alone is one of the positives. 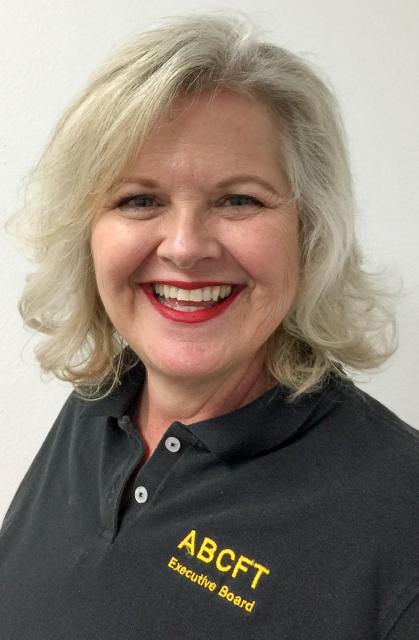 “Most local presidents are out there by themselves and the landscape changed overnight as to how we teach,” Golden said. “Sometimes we sit there and laugh and everyone decompresses, and other times it’s down to business. It’s a combination — we read the room. They are both very helpful to be able to do.”

Golden says she and Ray Gaer, the ABC president, used to regularly visit sites to check in with members, and when COVID hit, they knew they needed to do something different to get information to people as well as build community.

Golden says the union is still planning to negotiate COVID testing with the district. Earlier in the fall, the target date for going back to in-person instruction was January, but now that’s been moved back to March. For now, that’s OK, she says.

“We did do a survey and 70 percent of the parents are highly satisfied,” she said. “So far the community is on our side and we’re aware of that and trying to keep doing our jobs.”