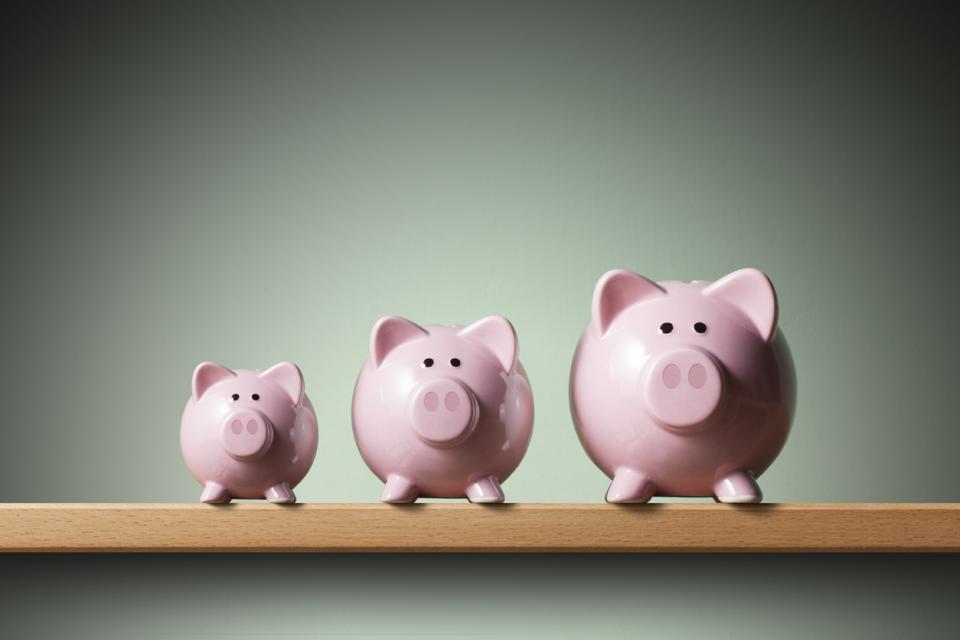 Both CalSTRS and CalPERS have mechanisms in place to guard a retiree’s defined benefit pension against eroding purchasing power. The first is a cost-of-living adjustment, or COLA, and the second is a “floor” below which the buying power of a pension cannot fall. Now thanks to a CFT-sponsored bill recently signed by Governor Newsom, CalSTRS retirees from earlier decades will see additional relief.

First about COLAs. The COLAs are slightly different for the two systems and neither reflects the full rate of inflation in a given year. Instead both are capped at 2% regardless of the actual rate of inflation. As a result, the purchasing power of a retiree’s pension will erode over time.

The COLA for CalSTRS retirees is not compounding. It adds a fixed 2% of the member’s original pension benefit each subsequent year. This means the buying power of a CalSTRS pension erodes faster than a CalPERS pension.

Now about floors. The floor below which the buying power of the pension benefit cannot fall has different names in each system. For CalSTRS, it is called the Supplemental Benefit Maintenance Account, or SBMA. For CalPERS, it’s called the Purchasing Power Protection Allowance, or PPPA.

For CalSTRS retirees, the SBMA floor was 85% until recently. Once an original pension benefit lost 15% of its purchasing power, CalSTRS would issue a separate check to the retiree, in addition to their regular defined benefit pension check. This supplemental amount makes up the difference between the regular pension and the 85% purchasing power floor.

This SBMA payment ensures that the purchasing power of a CalSTRS retiree’s overall pension benefit does not fall below 85% of its original buying power. Also, the SBMA payment is not capped at 2% — it increases at the actual rate of inflation for the previous year.

The high inflation rate in 2022 will push the purchasing power of CalSTRS pensions down to the 85% floor for about 50,000 retirees. As a result, these retirees will receive a second check from CalSTRS — the SBMA as described above — starting in October. SBMA benefits are paid quarterly, in the same manner as the regular benefit. For example, if the regular benefit is a direct deposit, the SBMA will also be a direct deposit. CalSTRS members don’t need to do anything to initiate their SBMA benefit.

However, this new CalSTRS formula was not retroactively applied to pre-1999 retirees. The pensions of these retirees were so low that the 85% floor allowed the incomes of some to fall well below the poverty line.

For CalPERS pensions, no change was made to the PPPA floor because there was no significant change in the benefit pre- and post-1999. However, the high inflation in 2022 will lead to many CalPERS retirees receiving a PPPA check for the first time, an adjustment CalPERS makes in May of each year.


— By Doug Orr, Chair of the CFT Retirement Policy Committee, and a member of the San Francisco Community College Federation of Teachers Retiree Chapter, Local 2121-R
​ 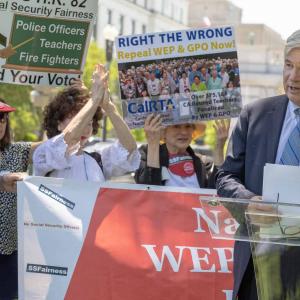 Districts are supposed to tell new hires about the impact “WEP and GPO” will have on their Social Security—but often they don’t, says Dennis Cox, president of the CFT Council of Retired Members. That means teachers who are counting on a certain amount of income for their retirement get a shock when they find out they won’t be getting it. This happened to Cox.

“I found out I wasn’t going to get my full Social Security benefits and Medicare would be taken out of that,” he said. “I got clobbered, and there’s many people in a worse situation than I am.” 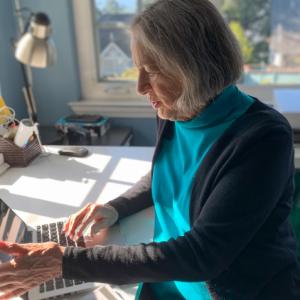