How and why Mexico’s City University came to be Q&A with Manuel Perez Rocha, founding president of the university 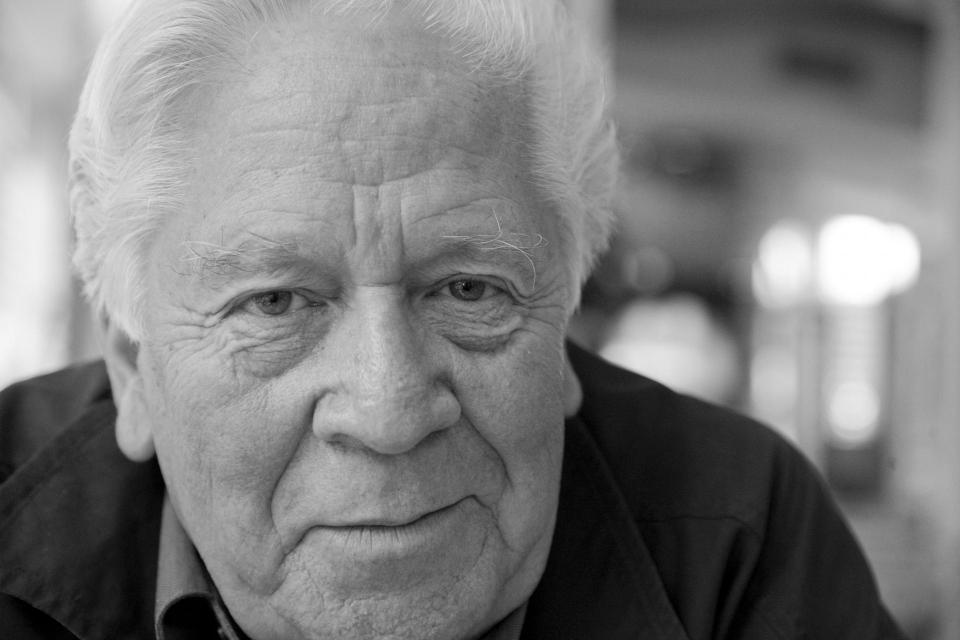 Manuel Perez Rocha was the founding president of the first major university established in Mexico City in decades, the Autonomous University of Mexico City. Mexico doesn’t have the equivalent of two-year community colleges, but the UACM is very close to the ideas on which our community college system is based.

Today Perez Rocha is the education columnist for Mexico’s left-wing daily newspaper, La Jornada, and one of the country’s most-respected voices on education policy. In this interview, I asked him to describe how the university began, and how he tried to use it to change education policy and the working conditions of university faculty.

Q: Tell us a little about your history.

A: I’ve worked in universities almost 50 years, but I actually studied engineering. After 1957 I held various positions at UNAM [the Autonomous National University of Mexico] for more than 20 years. I participated in the creation of the College of Humanities and Sciences and chaired it for 20 years.

I then established the national department that oversees every university in Mexico, and evaluated between 800 and 900 of them over six years. In the last 10 to 12 years, dozens of new technology focused universities have sprung up, which in fact don’t resemble a university in the least. They turn education into a utilitarian process, and make false claims, because they lead students to think they will easily be hired after graduation.

The PRI and PAN [Mexico’s two conservative political parties] loosened all private university regulations. It literally seemed as though any businessman could open up a university in an abandoned building. New and private universities began to rob our youth of money. It was very important to establish a public university with a strong curriculum. We needed to do more than just make education available. It has to be a good education.

Q: What led to establishing the Autonomous University of Mexico City?

When Cuauhtemoc Cardenas became mayor [Mexico City’s first left-wing mayor, who took office in 1996], the city tried to rebuild the women’s prison in Ixtapalapa [a huge poor barrio] that had been abandoned for 15 years. The community opposed it and won. The chant that expressed their alternative was, “Preparatory yes, jail no.” [A preparatory school in Mexico takes students at 16. after their 12 years of mandatory basic education, and prepares them for higher education]. The community built the school in a garage adjacent to the prison, out of cardboard with pews from a church. There was no preparatory school in Ixtapalapa at that time, and because of its size it needs at least 15.

I began working for the city government in 1998. I visited the school and found it had 300 students and 30 teachers. But it was working with an antiquated curriculum they’d copied from the federal Department of Public Education, in exchange for the department officially acknowledging the school. It dates back to the 19th century and just transmits information that students memorize, without developing skills, attitudes or values. Unfortunately that is how many preparatory schools in our country are run.

I told them we could create our own curriculum, so we came up with a project and presented it to the teachers and parents. The proposed project had five areas of learning that included philosophy, history, letters, sciences and arts. In fact it’s the only curriculum in the country to include music and arts.

Because of the school’s backward history, every one of the 320 students had to repeat a year and a half’s worth of material, since they hadn’t learned anything. We had to approach the parents and convince them that their child had to retake all of their classes. But it turned out to be a beautiful conversation with parents about the purpose of education.

All the teachers are full time employees. The national trend is completely opposite, where only 10 percent of preparatory school teachers have a full time job. The rest have to work in various schools to make an adequate income. That’s insane. So our teachers work a full-time schedule, and have their own curriculum, computers and space to advise students. Each teacher is responsible for 20 to 25 students, in comparison the national norm of 80 students per teacher.

We always thought that this school would be the seed of a movement to change the preparatory school system. But because of political opposition, there are only two like it, and a third that doesn’t have a building.

A: UACM was the idea of Lopez Obrador. Years earlier he’d founded the University of Chontal in Tabasco when he was governor there. He told me he wanted to open 16 preparatorias and one university similar to the Ixtapalapa school and by 2001 he’d assembled a high level group to make it happen. He didn’t have a particular educational philosophy — he simply saw that many young people didn’t have the opportunity for an education.

We began work in January and he asked that we begin classes that August. When I told him that was impossible he conceded a bit and gave us until September. We completed the project in five months. Four years later, in 2005, the legislative assembly passed a law granting the university complete autonomy.

Q: What does autonomy mean?

A: The university’s maximum authority is a council of professors and students. They created the university’s internal structure and norms without consulting outsiders, including degree criteria and hiring practices.

Awarding scholarships was a two-year discussion. Traditionally a student is awarded a scholarship after earning good grades. We didn’t think that was fair, because those with very good grades are usually the privileged students with resources. We argued that scholarships should go to those in need of them, regardless of grades. Obviously we ask the students to study, work and earn good grades, but those aren’t necessarily the basis for earning a scholarship.

Health, for example, is a humanistic, social and scientific problem. We want increased general education, and greater flexibility for students to explore other areas of interest. If an engineering student feels like taking a philosophy class or a humanities student wants a science class, let them do it. It’s absurd to ask an 18-year-old youth to decide her or his life.

In order to change the teaching methods, we hire well-paid teachers, and 90 percent of the UACM teachers are full-time employees. There isn’t another institution in the country with that number except perhaps the Colegio de Mexico. The UNAM’s numbers are the exact opposite of ours. The big majority of its teachers are part-time hourly employees.

UACM teachers don’t teach more than 12 hours in a week. The rest of their time is spent advising students or conducting research. Another innovation is that every teacher earns the same pay. There is no merit pay. Whoever doesn’t put in the work we let go.

Q: Eventually you left, and a new mayor appointed another rector. She proposed changes that antagonized students and faculty so much that the school was on strike for months this past fall.

A: The new mayor Marcelo Ebrard wanted to return to many of the old policies. His new appointee, for instance, came in with government money, saying the university was going to award many more scholarships, but only to those earning good grades. One well-known right-wing columnist said a university is built by professors, and students are merely visitors and have no place in the university’s administration. They don’t believe the country’s youth should be critical thinkers.

Both our preparatory and university projects went against traditional Mexican educational practices, which view the student as the receptor of information from the professor. The educational system in Mexico was born from practices brought over by the Spanish, influenced by the 19th century French system.

Ours weren’t revolutionary projects. We were simply trying to modernize the educational system. But when Ebrard came into office, he reduced the resources for those projects. The current conflict underscores how important autonomy is. If the university didn’t have it, then its structure, internal policies and authority would be entirely controlled by the government. Autonomy gives the students and faculty a way to oppose those decisions.

Ebrard already had my replacement in place before being elected. They had everything planned out. But in reality we’d already planned that I would leave. I was at UACM nine years, and for Mexico that’s a long time. The average tenure here is four years. I read recently about a famous Chicago university president who held his post for 23 years. That’s inconceivable in Mexico.

I believe our educational system will change because progressive educational ideas are part of our past as well. In the 1930s Mexico had a very radical leftist government. In that period, textbooks talked about the working class. The thought was that the educational system would educate a class capable of building socialism. I think that idea is still alive in some teachers.

David Bacon writes on labor and immigration issues. He also writes regularly for the CFT on assignment.