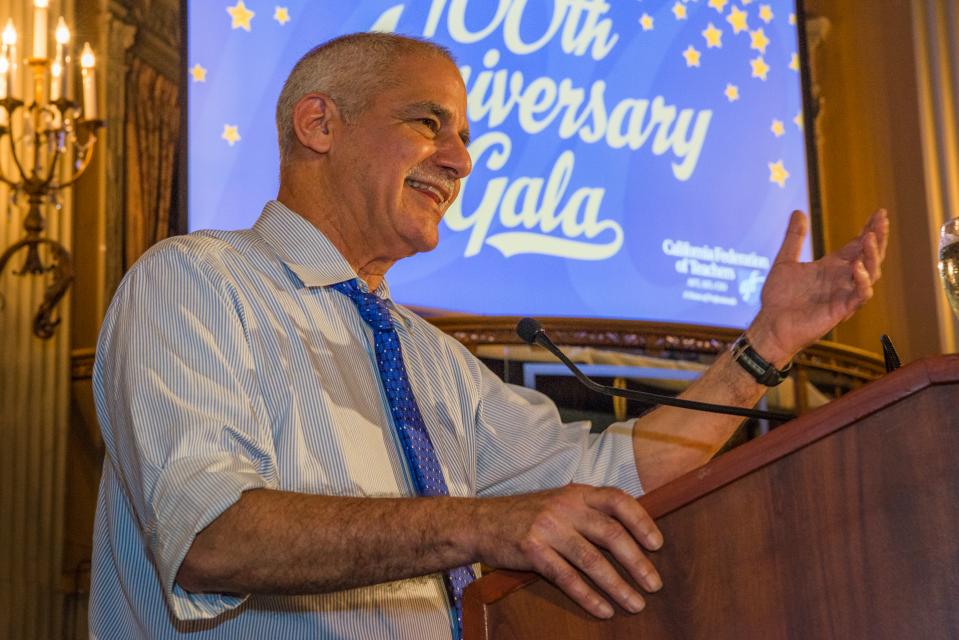 Prior to his election as CFT President, Josh was chair of the CFT’s Fight for California’s Future Task Force that organized a historic seven-week march in 2010 through the Central Valley to shine a light on the state’s devastating budget cuts to education and social services.

Josh played a key role in creating the Reclaim California’s Future Coalition of labor and community partners that created the Millionaires Tax initiative. That measure eventually merged with Gov. Jerry Brown’s initiative to become Proposition 30. Since its adoption, Proposition 30 has put more than $6 billion a year into public education in California.

Josh taught English-as-a-Second-Language for two years in Cali, Colombia, and social studies for 21 years at Manual Arts High School in Los Angeles. He earned a bachelor of arts degree in philosophy from UC Santa Cruz, and a masters in Latin American Studies from the University of Wisconsin-Madison.

Married for 33 years, Josh’s wife, Lynn Kersey, is executive director of Maternal and Child Health Access. Their daughter, Danielle, is a student at Oberlin College.