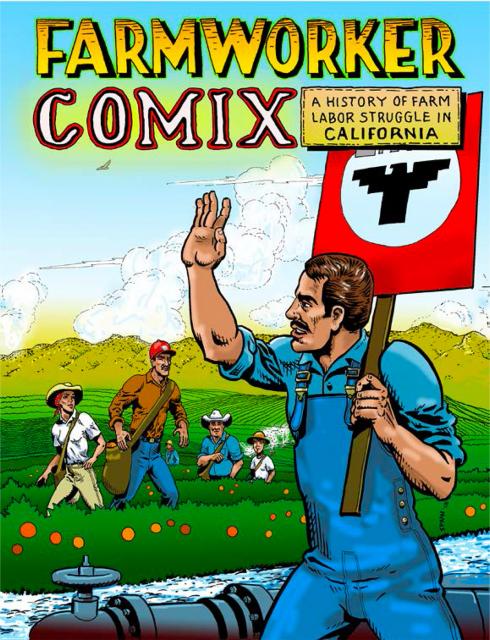 To honor the 50th anniversary of the Delano Grape Strike, which resulted in the founding of the United Farm Workers, the committee produced this comic book history. Written by elementary teacher Bill Morgan, and beautifully illustrated by Zap Comix artist Spain Rodriguez and Jos Sances, the bilingual booklet traces workers’ struggle for dignity in California’s fields from the 19th century through the UFW.