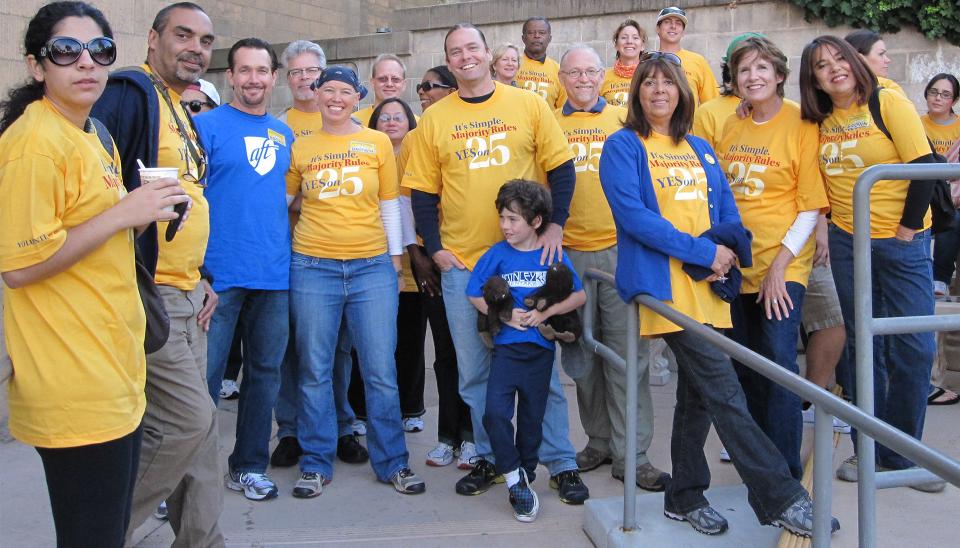 The members and leaders of CFT see that California’s education system, and our jobs, are placed at grave risk by a faltering economy, chronic late state budgets, and a paralyzed political process. On November 2, the rest of California agreed with us.

Voters passed Proposition 25, changing state budget approval to a majority, ending the tyranny of a two-thirds vote and the partisan groups that benefit from a revenue-starved government.

It started this spring with the union organizing the March for California’s Future, when six union members led thousands of unionists, together with many community-based organizations, on a 365-mile walk up the Central Valley to tell the story of what funding cuts mean to schools, colleges, and other public services.

Building on the success of the march, CFT and its many march allies set a goal of fixing Sacramento’s annual budget gridlock. CFT volunteers led the union and its community-based allies to gather the million signatures required to get on the November ballot. 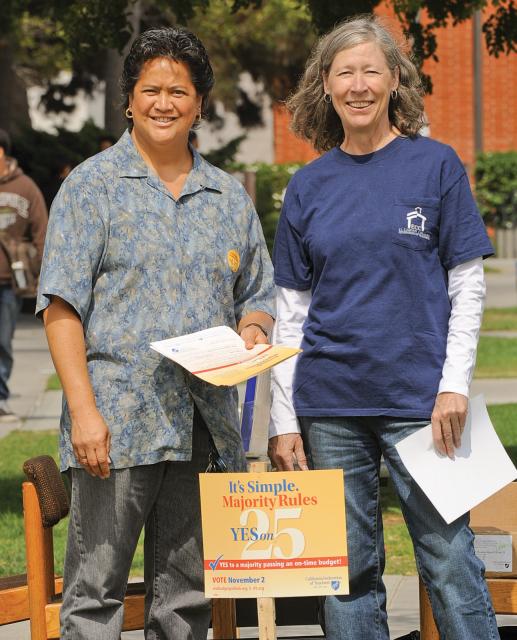 Many said that Proposition 25 would never pass. Others said it did not make sense to pursue a majority budget vote without trying to also change the two-thirds vote required to raise revenue. But CFT polling indicated the public still needed much convincing to change the two-thirds vote required to pass taxes. The results of Proposition 26 confirmed that.

So CFT focused on its clear, achievable goal, even when big money from a small but powerful group of donors poured in to oppose Proposition 25. And when billionaire Meg Whitman self-funded her run for governor and made anti-union rhetoric a major part of her platform, union members knew there was no way they could match Whitman dollar for dollar. But what the union lacked in money, it more than made up for with on-the-ground action.

CFT and AFT invested time, money, and people in a coordinated field campaign that blanketed California. Fifty organizers went to work full-time in local unions throughout the state. In turn, those local unions released members to work on the election. Member leaders mobilized other members to get involved.

CFT members led by example all year, whether it was marching in the Central Valley, contributing to a local COPE campaign for the first time in Oxnard, or lobbying legislators about the budget in Orange County. Many stepped up to participate for the first time.

CFT members can be justifiably proud for not standing idly by as California sinks ever deeper into crisis. At the end of the year, California finally requires only a majority vote to pass a state budget and Jerry Brown is governor.