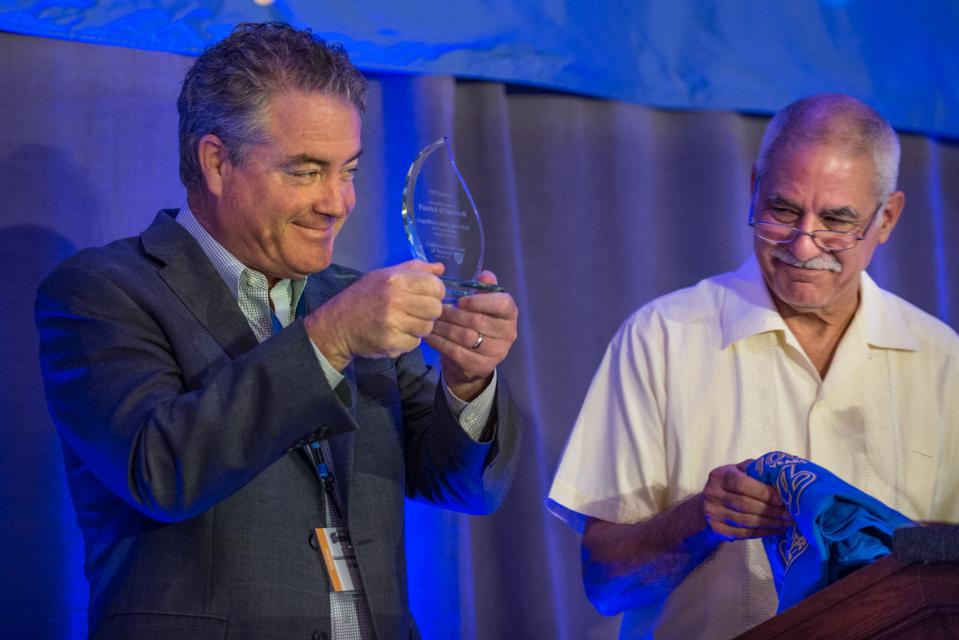 Former teacher and Assemblymember Patrick O’Donnell, who has lobbied for more school funding, and served as chair of the Assembly Education Committee, received the Legislator of the Year Award.

“He’s one of the people in Sacramento we can call on,” said CFT President Joshua Pechthalt about O’Donnell, elected in 2014, whose district includes Long Beach, Signal Hill, San Pedro and Catalina Island. “We’re not always in agreement, but he’s a steadfast ally of ours.”

O’Donnell started his speech by thanking the CFT members for their service to education and kids and noting they were spending their Sunday at a conference to advocate for them. O’Donnell said education is one of his main issues.

O’Donnell encouraged members to come to Sacramento and tell their representatives to hold charter schools accountable and fight the privatization of education. He also told delegates that schools should be getting more funding and the state should go beyond Proposition 98, which requires a percentage of the budget be spent on K-14 education.

“Prop 98 is the floor, not the ceiling,” he said. “There’s nothing that says we can’t go well above, and we should go well above.”