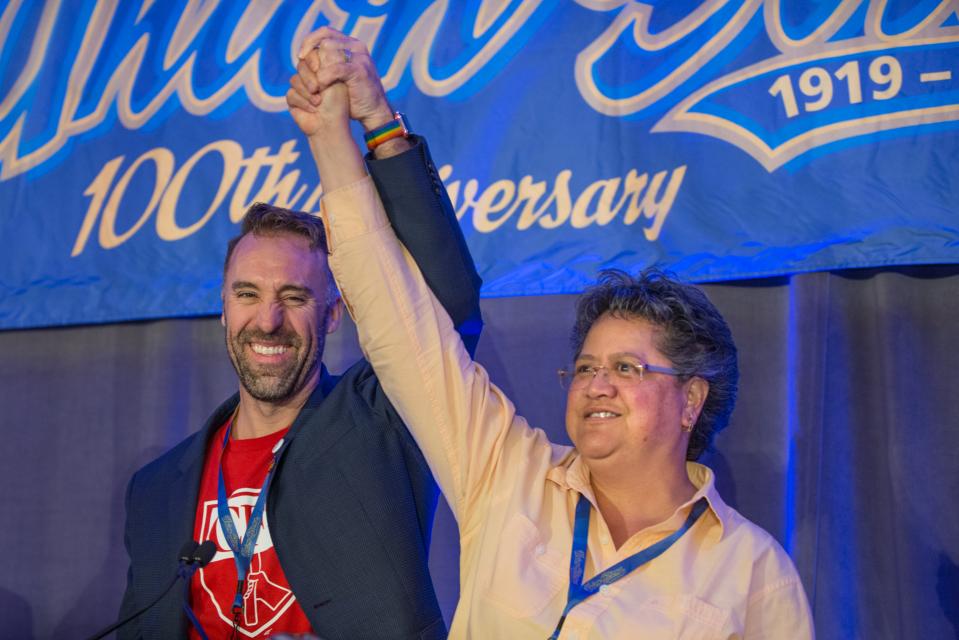 WATCH THE VIDEO: Freitas, Smith accept the leadership of CFT

Delegates to the 100th Anniversary Convention elected the first classified member to hold a top leadership position in the CFT, Council of Classified Employees President Luukia Smith, as Secretary Treasurer. The man who has held that position, Jeff Freitas, was elected CFT’s new president.

Smith said she was well positioned for the historical role of holding the second highest office in the CFT. She has been an accounting technician at El Camino College for 30 years, and for more than 15 years served as president of El Camino Classified Employees, AFT Local 6142. She also was the leading force in organizing the AFT local union.

Freitas, a former math teacher and local union leader from the Carpinteria Association of United School Employees, AFT Local 2216, has been a member of the CFT family for 25 years. He served as Secretary Treasurer for the past eight years, and before that in two staff positions as field representative and lobbyist.

In his campaign speech, Freitas said he and Smith, who ran together on a slate, trust and respect one another and will fight to shut down predatory colleges and eliminate student loan debt. He urged delegates to come to Sacramento to fight for more education funding.

Both top offices were contested. However, the Freitas-Smith slate was elected by a large margin. In another historic first, both Freitas and Smith are proud members of the LGBTQ community. 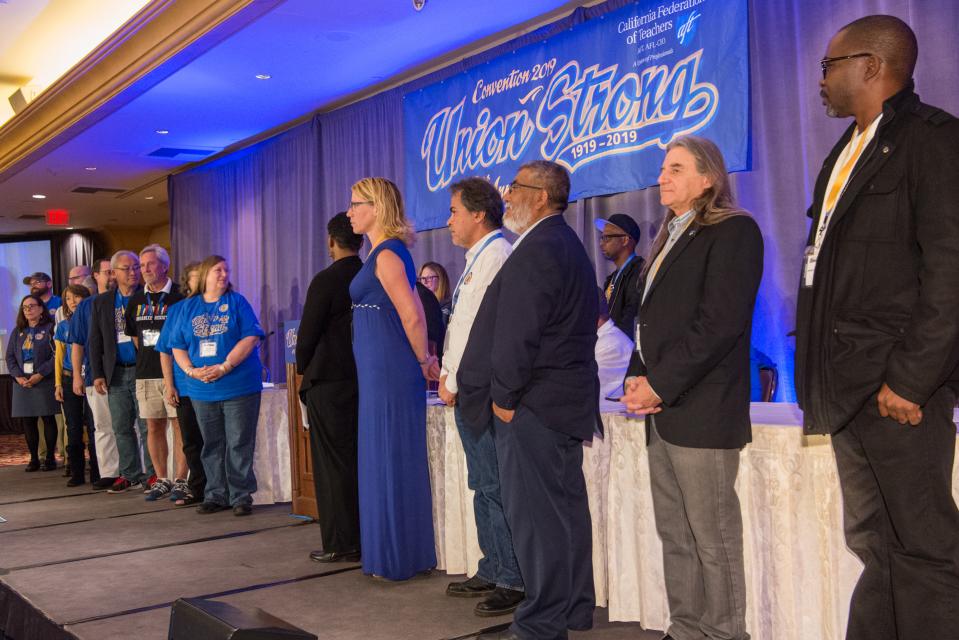 Other division council presidents were re-elected: Rico Tamayo will continue to head the EC/TK-12 Council, Jim Mahler the Community College Council, and John Perez the Council of Retired Members.

CFT’s current President Joshua Pechthalt, who led the Federation for eight years, will be retiring. The new leaders will take office on May 24, one week before the Federation’s 100th Anniversary on May 31.