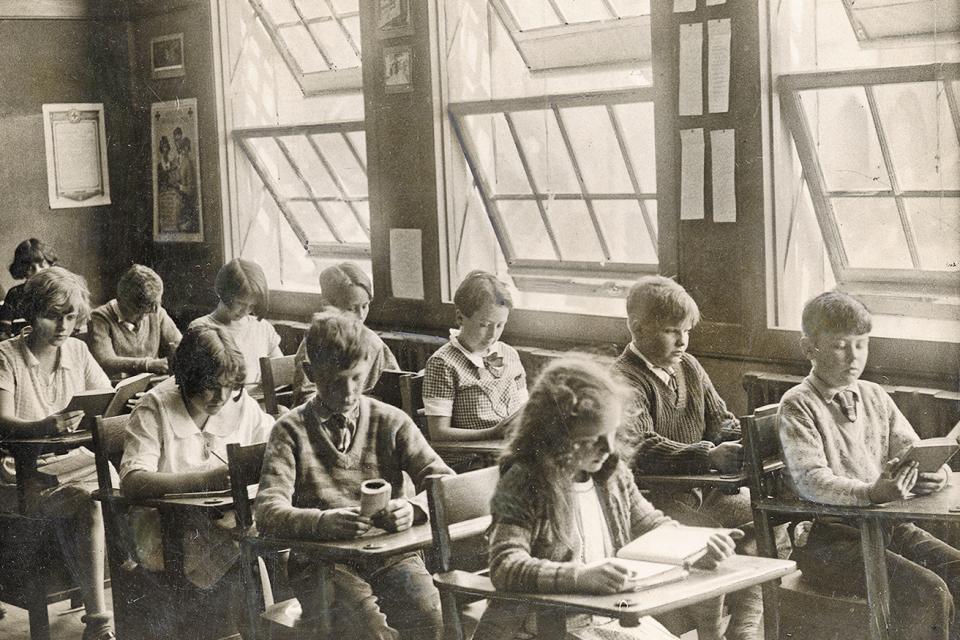 On May 16, 1918, J.P. Utter wrote to the president of the AFT to remind him that a year earlier Utter had asked about chartering a local. In that year, the Vallejo teachers had organized 57 of 58 teachers and principals, had elected two officers, created a salary committee that delivered a raise, demanded and won 12 monthly paychecks, and had created a temporary organization. Utter enclosed $10 for the charter fee.

By immediate return mail Utter and The Vallejo Teachers Association were designated Local 26 and the American Federation of Teachers had reached the Pacific Coast. 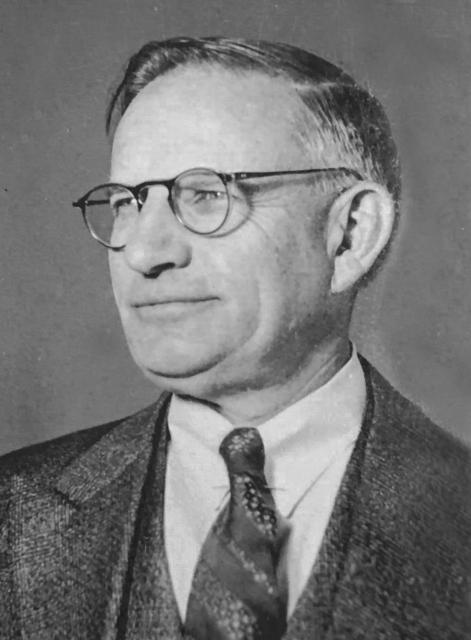 Utter laid out many of his beliefs in a letter to the leaders of Sacramento’s new Local 44. He told them about the successes of the Vallejo local and the power that comes from uniting with organized labor.

A year later, May of 1919, there were eight locals. In Sacramento there were two AFT charters (Local 31 was the high school teachers and Local 44 designated the elementary teachers’ unit). Utter reported he had just signed up 100 percent of the Benicia teachers, and Visalia’s teachers were also organized. The fractious San Francisco teachers organized into Local 61 (after teachers at one school got over hard feelings about not being the first school invited to join), and Josephine Colby (Local 72, one of the two locals in Fresno) was on her way to becoming the first organizer for the AFT’s first state federation.

The number of locals and Utter’s sense of organization led him to call the California locals together for sharing of information and their own defense. They met for a day in San Francisco with Utter presiding. The San Francisco Federation of Teachers hosted the lunch. 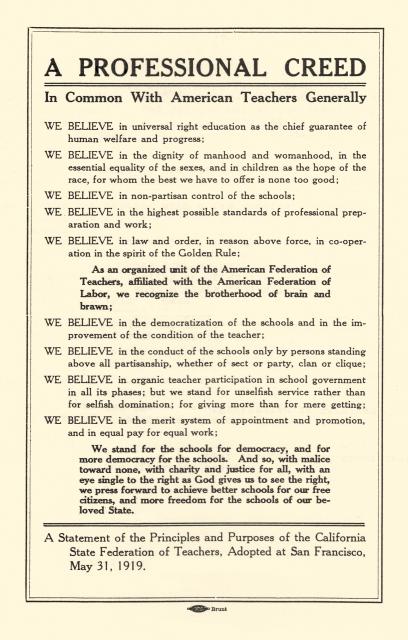 On that day — May 31, 1919 — the new union’s members settled on a slate of statewide officers, organizational structure, and a creed of their beliefs. Samuel MacLean, a Sacramento teacher with a Berkeley address, was elected president and each local represented had a vice president. Vallejo’s vice president was Olive Wilson, principal of one of the specialty schools in that town. She would eventually become the third president of the California State Federation of Teachers.

Optimism ran so high that one local leader suggested that the state federation should branch out to Washington and Oregon and seek recognition as the Pacific Coast Federation.

Then the bosses struck back. Superintendent Cross in Fresno declared that the only way to deal with the union was with “a baseball bat or a gatling gun”. The San Francisco Board of Education passed a resolution declaring that the membership in a union was grounds for dismissal. The statewide association of superintendents praised the San Francisco Board and others taking action to stamp out teachers unions. Some superintendents pitted other teachers associations against the AFT locals.

There was an immediate effect. Some locals folded. Only two of the original eight survived into the 1970s and the introduction of collective bargaining — Locals 31 and 61. Only one continued after representational elections, the fractious San Francisco local that almost didn’t begin.

Now known as United Educators of San Francisco, AFT Local 61 and the statewide union now known as the California Federation of Teachers both mark their centennial year in 2019.

Dennis Kelly has been an AFT member since 1968. He is the former president of United Educators of San Francisco, a former CFT Vice President and former AFT Vice President. In 2018, he was honored with CFT’s highest honor, the Ben Rust Award. As the union’s Parliamentarian for 34 annual CFT Conventions he has served under six CFT presidents—Raoul Teilhet, Miles Miles, Marvin Katz, Mary Bergan, Marty Hittelman and Joshua Pechthalt.

An abiding interest in CFT history led him to a labor history class at City College of San Francisco. For an assignment, Kelly researched the state’s first AFT local union in Vallejo, the town where he had spent his early years. Ultimately, he discovered information, not previously published, about the birth of CFT. Kelly also uncovered the CFT’s founding statement of principles, The Professional Creed.