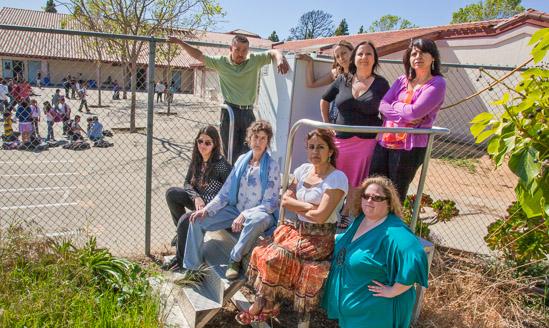 In Watsonville, where teachers have fought for years to restrict pesticide spraying near schools, a recent regulation issued by the California Department of Pesticide Regulation was greeted as a victory, but with serious reservations.

“This is the first time any statewide agency has regulated the use of pesticides around schools. It is a really good step,” says Francisco Rodriguez, president of the Pajaro Valley Federation of Teachers, AFT Local 1936. “But it’s only a part-time protection.” 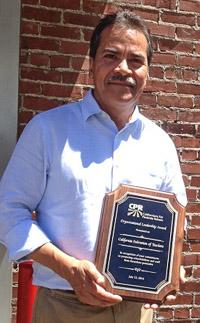 Together with their allies in a broad coalition, Safe Ag Safe Schools, Pajaro teachers fought for a one-mile buffer around schools where pesticides couldn’t be applied, a protection that would be in place 24 hours a day. In the regulation issued November 8, “Pesticide applications will be prohibited within a quarter mile of these schools and facilities between 6 a.m. and 6 p.m., Monday through Friday,” according to a DPR press release, and will cover K-12 schools and licensed daycare facilities. Growers must give annual notice to county agricultural commissioners of the pesticides they intend to use, and warn schools in advance of using them nearby.

Casimira Salazar, a teacher at MacQuiddy Elementary School and a participant in the coalition, said, “It’s not quite what we wanted, but we’ve put the issue before the state and the nation.” She and Rodriguez both credit the regulation to local organizing. “It’s been very effective, including meeting with representatives and writing to newspapers,” Salazar says.

The effort began in the mid-90s, when teachers at Amesti School protested the use of methyl bromide when the United Farm Workers sought to have it banned. The pesticide is a known carcinogen and neurotoxin, and damages the earth’s ozone layer. When growers and chemical companies substituted methyl iodide, the fight continued. Today growers also substitute chloropicrin, a poison gas used in World War I, and 1,3-dichloropropene, another carcinogenic pesticide.

“We learned the importance of building coalitions with people with the same goals,” Rodriguez explains, “and together with the Monterey Bay Labor Council and Californians for Pesticide Reform we targeted DPR, pushed for a statewide regulation. Before, the only regulation came from county ag commissioners, and they are often influenced by growers.”

“This is the first time any statewide agency has regulated the use of pesticides around schools. It is a really good step. But it’s only a part-time protection.”

The urgency heightened as teachers over the years observed the impact on themselves and students. Salazar herself got stage 4 cancer in 2001. At Ohlone Elementary School, across the street from the fields at the edge of Watsonville, teacher George Feldman noticed problems with students. “He found three cases of students with cancer, which is just not that common among children,” Rodriguez says.

In 1999 several Latino parents of Ohlone students filed a civil rights complaint with the Environmental Protection Agency, charging that DPR had discriminated against Latino children by allowing methyl bromide application near schools. Twelve years later, in 2011, the state settled the case by installing an air monitor next to the Ohlone playground.

“So regulation is important,” Salazar emphasizes, “but the effects go on. One girl who went to Ohlone just died of cancer, and she was only 24. It’s just too many people.” Teachers point out that most studies of pesticide effects concentrate on acute exposure, while the problems they see result from day-after-day chronic exposure. “We have a lot of stories to tell about long-term effects, so we see this new regulation as just a start,” Rodriguez says.

Momentum for new protections has been building steadily since the California Department of Public Health released a groundbreaking report in 2014, “Agricultural Pesticide Use Near Public Schools in California,” which documented for the first time the extent to which hazardous and difficult-to-control pesticides are used in close proximity to schools in 15 counties of the state’s agricultural heartland.

Many of the more than 140 pesticides in use near schools are linked to negative impacts on children’s health and learning. Five of the pesticides most heavily used near schools are fumigants — the most dangerous and drift-prone pesticides on the market — applied as gases to the soil before crops are planted.

“Working on this has been very good for us as a union,” Rodriguez explains. “In the past, people in the community would say, ‘Those teachers! What are they picketing about now?’ So we’ve changed the way we’re viewed. I go to meetings of our coalition and there are 50 people there. We’re together with doctors, nurses, students and parents. If this happens in other places, especially in rural districts, we can get protections that will be much stronger.”