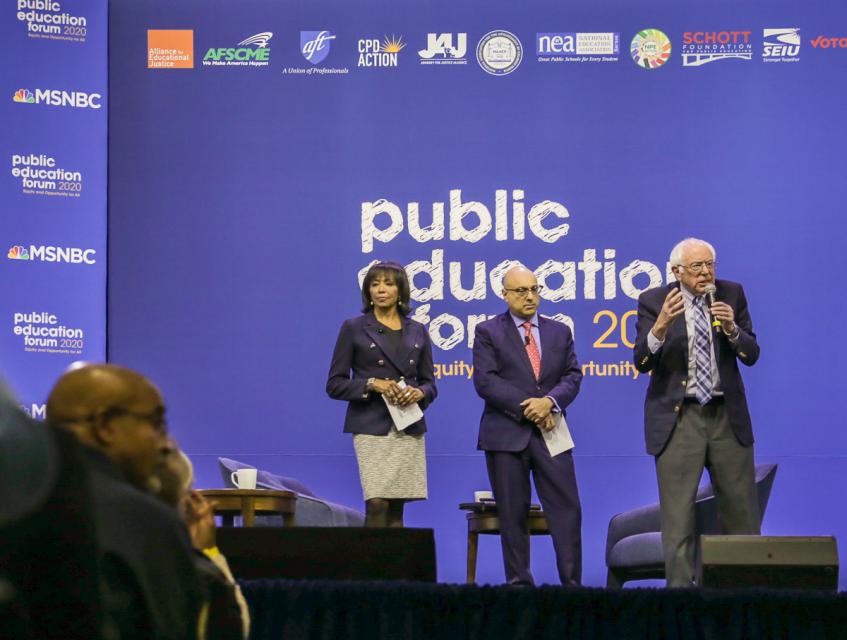 As we knew it would be, the lead-up to the 2020 Presidential Election is both an exciting and overwhelming time for voters. We are bombarded with articles, polls, social media, and headlines about the candidates.

Amid all the hype, it isn’t often that CFT members get the opportunity to see the presidential candidates in person and hear their perspectives on the issues we think about every day.

On December 14, four members did just that when they traveled to Pittsburgh, Penn., with CFT President Jeff Freitas and Senior Vice President Lacy Barnes to attend the first-ever Presidential Public Education Forum. 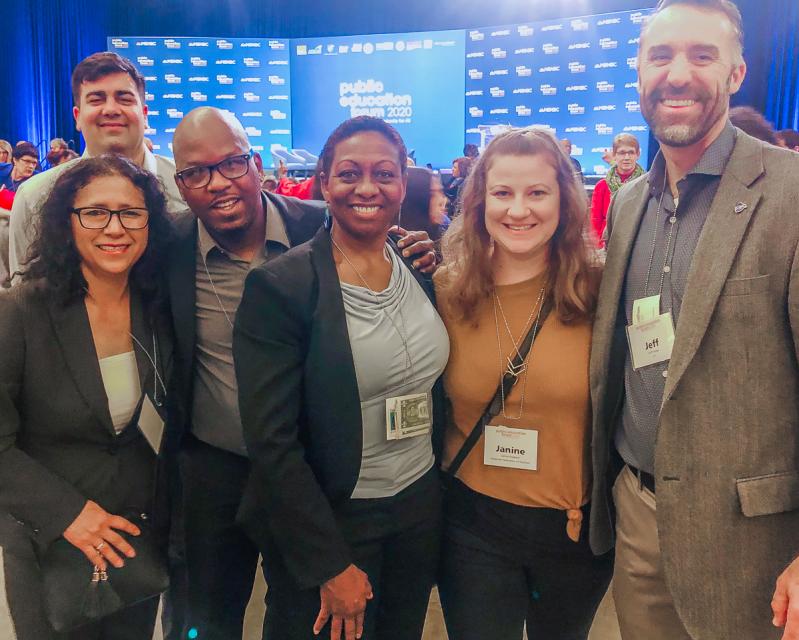 The forum — live-streamed on MSNBC throughout the day — was hosted by the AFT, the National Education Association, and nine other community and social justice groups. (View the footage AFT has posted at aftvotes.aft.org.) The event was one that CFT member participants hope to see replicated in the future.

“Being able to ask presidential candidates questions and get answers in real time is something I will never forget,” said Carl Williams, president of the Council of Classified Employees and a custodian in the Lawndale Elementary School District. “That our national union would help create a space to allow us this opportunity is amazing.” 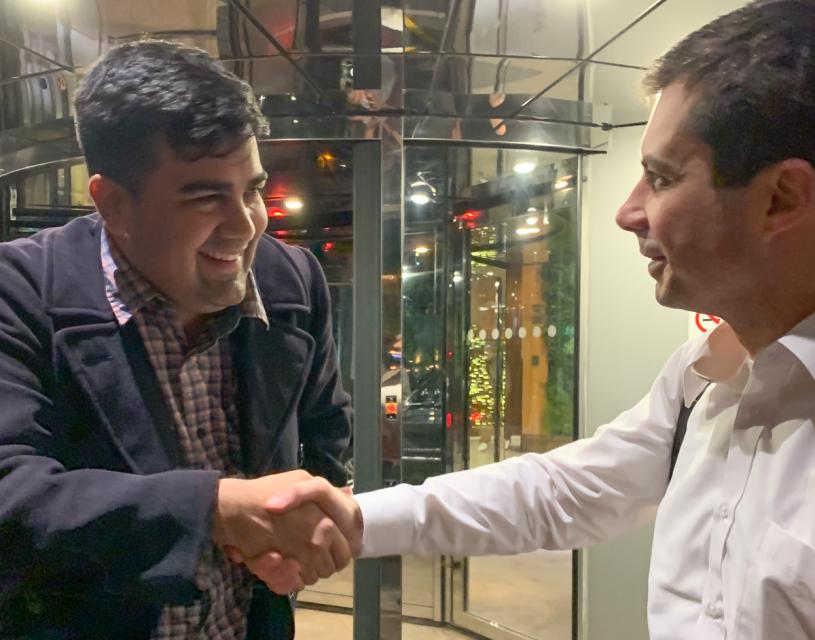 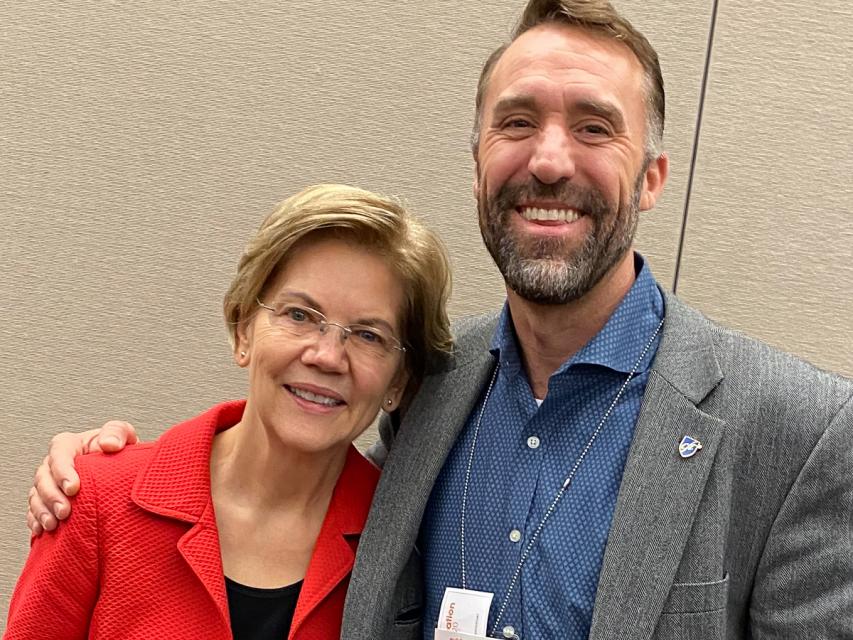 For Williams, the forum served two purposes. “First, it proved that the AFT is listening to members and allowing rank-and-file members to be part of the presidential endorsement process,” he said. “And second, it forced the candidates to respond our needs on our terms.”

Each candidate took the stage individually. They presented brief opening remarks that were followed by 15 minutes of discussion with the moderators, and then took questions from the audience. During the wide-ranging conversations, the candidates covered issues such as early childhood education, student debt, teacher and staff pay, investment in public education, and working conditions in public schools and colleges.

Dan Schoorl, a librarian at UCLA and member of UC-AFT, agreed that attending the forum was an incredible experience.

“I was impressed with the thoroughness of the format because it allowed us to hear their visions for the future of public education. It quickly became apparent that when education is the centerpiece issue, the realities of inequality in our society are put front and center. ”

Janine Waddell, a member of the Berkeley Federation of Teachers, was chosen by event organizers to ask a question live from the audience. Her local is engaged in a campaign to pass a parcel tax and bond measure, both of which will increase revenue for Berkeley schools.

“I had the privilege of asking Tom Steyer a question on teacher pay,” Waddell said. “I thought it not only represented my colleagues in Berkeley, but teachers all over the country. Investing in teacher pay provides us the support we need to stay in the profession.”

Though the candidates spoke to many topics with great care and thoughtfulness, there are more to be addressed in the coming months as the national discussion about public education moves forward.

Gloria Garcia, president of the Early Childhood Federation in Los Angeles, was glad that early childhood education was part of the conversation but she believes there’s more to be said. “We want to hear more. It’s important that we are valued as educators and as professionals, and I hope to see how the candidates would prioritize and fund early education.”

Despite it being a whirlwind weekend trip across the country, the CFT members who participated were grateful for the experience to learn firsthand about the inclusive and progressive agendas of the top Democratic candidates.

UC librarian Schoorl summed up the experience by saying, “To hear these candidates beyond campaign sound bites and 90-second prepared responses in a debate was a great opportunity.” 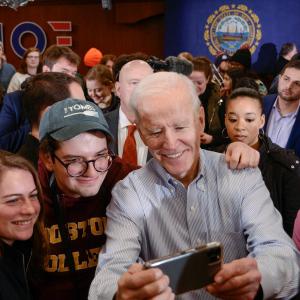 In November, CFT members will join voters around the country to cast their ballots for the next president of the United States. While we know that every election day is an important one, the upcoming election will represent an historic turning point for our country.

We not only have the opportunity to elect a president who understands the value of public education, but one who will stand up for the rights of working people.