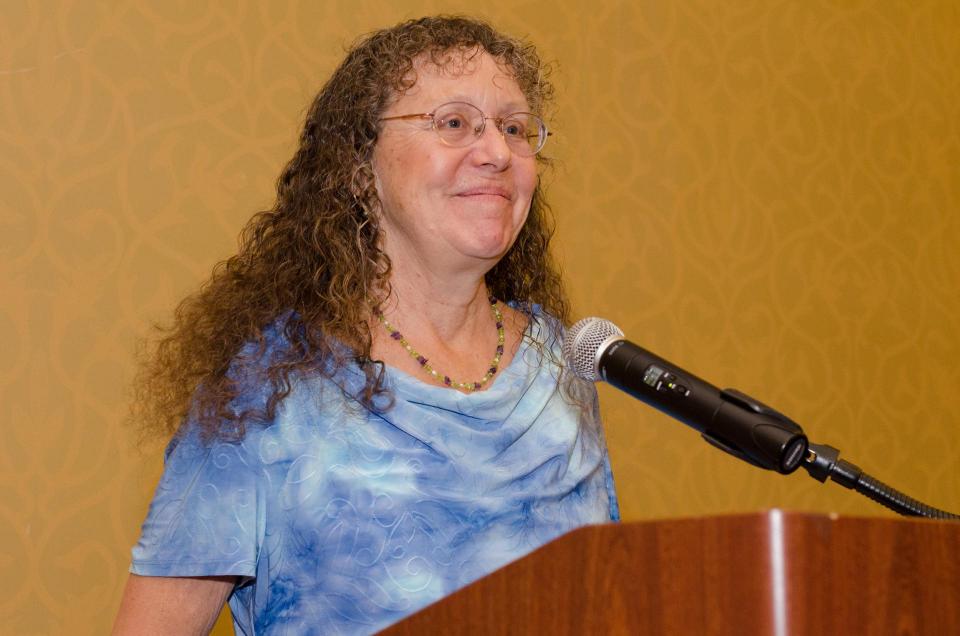 Following early years in rural Imperial County, Linda graduated from Westchester High School in the Los Angeles Unified School District in 1970, politicized by the Watts rebellion, the Civil Rights movement, and the Vietnam War. She attended Antioch College in Ohio, receiving a B.A. in Political Science in 1975.

She chose work in tough industrial settings on assembly lines making screws, cars, shoes, mini-blinds, and lastly, glass bottles, until laid off due to automation in 1982. “It was a conscious decision not so much to do that work as to be part of the labor movement,” she says. She joined an independent socialist collective on the East Coast before returning to Los Angeles in 1983, where her alma mater, Westchester High, hired her to teach U.S. History, and she joined United Teachers Los Angeles, AFT Local 1021.

Struggling at first in the classroom, she says, “Desperate to master the social studies craft, I became a long-distance apprentice to my college friend Bill Bigelow, who was already a Portland, Oregon, high school teacher and Rethinking Schools editor.” From Bigelow, Linda learned about role play pedagogy, which she deployed for years afterward.

Linda “walked the line in ’89” as a picket captain during UTLA’s nine-day strike. That year she was elected school site chapter chair, a position she held for five years.

Linda joined the CFT Labor in the Schools Committee and developed the Collective Bargaining Institute negotiations simulation for high school students as a project of the Committee. An AFT Local 1021 delegate to the County Federation of Labor, Linda built a large group of volunteer coaches for the Institute.

A one-year grant from the Federal Mediation and Conciliation Service released Linda from her classroom (along with Patty Litwin) to bring the Institute (now called the Collective Bargaining Education Project) to a different school site each week. Linda and Patty demonstrated the role-play lessons in classrooms throughout LAUSD. The group of volunteer coaches from the labor movement grew to more than 100. Another grant funded Linda and Patty’s six-lesson role-play curriculum, Workplace Issues and Collective Bargaining in the Classroom.

With the Collective Bargaining Education Project, Linda gave students a hugely effective tool to understanding power relations in the workplace. Years later, union activists would return and tell her they traced their political evolution to encountering unions for the first time in her lessons.

Support from UTLA and the labor movement forced LAUSD to preserve the Project through many budget crises, until 2009, when massive layoffs displaced Linda’s position. She retired to a downsized version of the program, still running through grants and donations from labor. Over the years, Linda demonstrated her labor education role-plays throughout California and in six other states. She was invited by UTLA’s sister union in Shanghai, China, to work with high school students there.

In 2007, Linda was appointed to a California Department of Education Commission to revise the K-12 History/Social Science framework narrative, and almost achieved higher profile for labor content (including a Labor Studies elective) until Gov. Schwarzenegger terminated the process. Last year, serving on the Speaker’s Commission on Labor Education, she helped draft successful legislation declaring May as Labor History Month in California’s schools.

Linda is married to retired SEIU union staffer Bob McCloskey, a long-time Project volunteer and collaborator. They have three adult children, Truly, Forrest, and Leandra (a LAUSD teacher), and a grandchild, Sierra Rose. 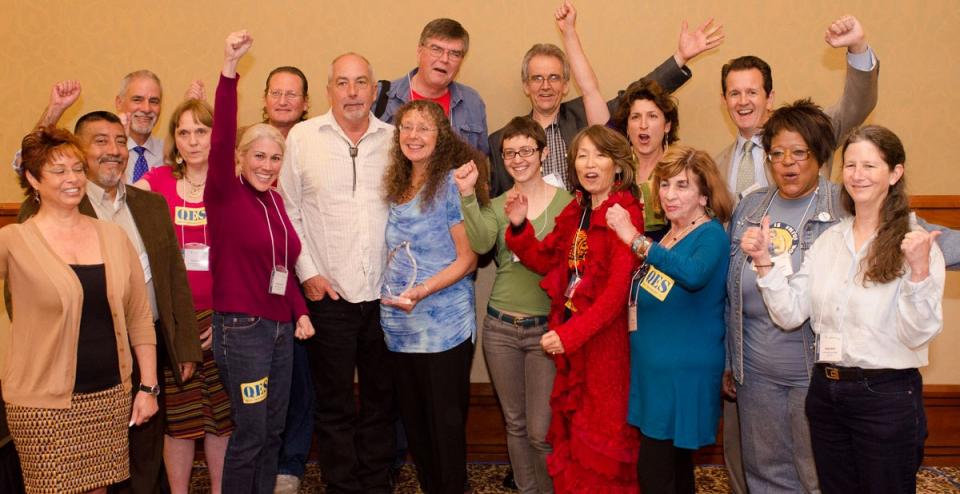