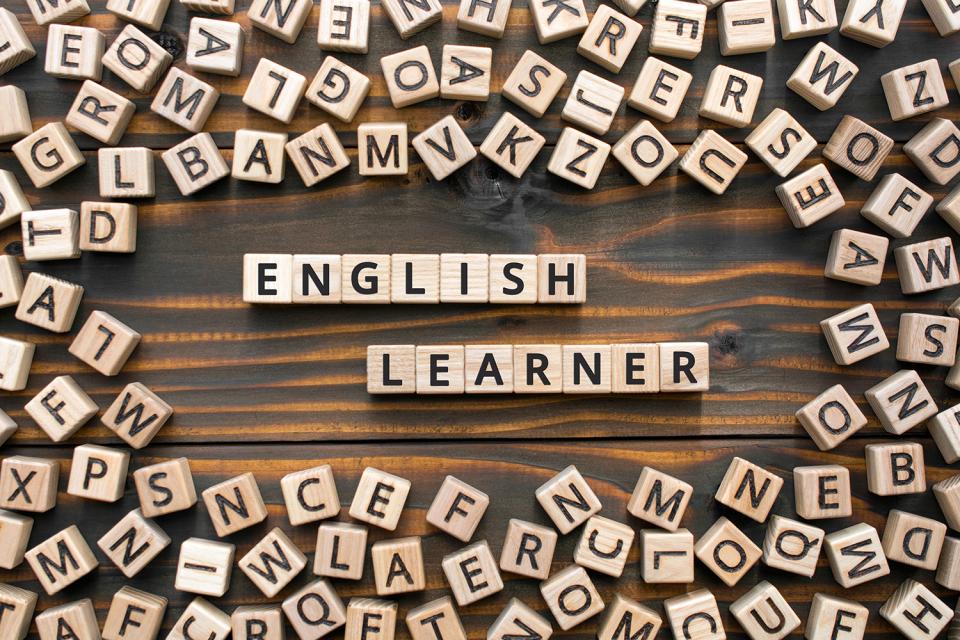 This toolkit was compiled by members of the CFT English Language Learners Committee.

In California, a significant share of the population speaks languages other than English at home. This is also reflected in the state’s schools, where over 40 percent of students speak a language other than English at home, and more than one in five students are considered “English Learners.” Although many different languages are spoken in California, the overwhelming majority (over 80 percent) of English Learners are Spanish-speaking.

It is well documented in the research, both in the United States and around the world, that speaking multiple languages has many advantages. The benefits of bilingualism span across psychological, sociological, academic and economic domains. For students in preK-12, maintaining and continuing to develop their native language while acquiring English is the best approach to the attainment of native-like proficiency in English.

Additionally, a high-quality educational program that nurtures both the child’s home language and English has positive effects in disciplines other than language arts, as well as in the child’s cognitive development, self-esteem and pride in her own culture and heritage.

We also see long-term academic effects of bilingualism, when we compare bilingual English Learners with native speakers of other languages who do not maintain their heritage language: Bilingualism correlates with better academic achievement in high school and increased likelihood of pursuing higher education. The benefits of bilingualism are substantial beyond the academic realm, and they last a lifetime. Once bilingual students reach adulthood, their language skills and sensitivity to other cultures better equip them to be more successful in their interactions with people from different cultural backgrounds and in the global economy.

Before the passage of Proposition 227 in 1998, there were effective bilingual education programs in California’s schools serving English Learners. Prop 227 forced many of these students to be placed in sheltered-English immersion, typically for just one year, under the incorrect assumption that developing a student’s home language prevented the student from learning English, or that spending time acquiring two languages hinders progress in either one.

Some students continued in sheltered-English immersion for a longer period of time and were unable to catch up with their English-speaking peers, while others were moved to regular classrooms to sink or swim. Although Prop 227 did not in theory eliminate the possibility of offering bilingual education, many districts decided to dismantle successful bilingual programs when faced with the cumbersome administrative burden required to opt out of the English-only mandate. The number of students enrolled in bilingual programs plummeted from 37 percent to 17 percent.

In 2016, California voters reversed Prop 227 with their overwhelming approval of Proposition 58. With Prop 58, schools are still required to ensure that students become proficient in English and attain academic achievement at grade level, but they have the option to offer programs such as dual-language immersion again, which benefit both native and non-native English speaking students.

3. On the next screen, select the year and provide other info as requested

4. On the next screen, select the report desired (see example below) 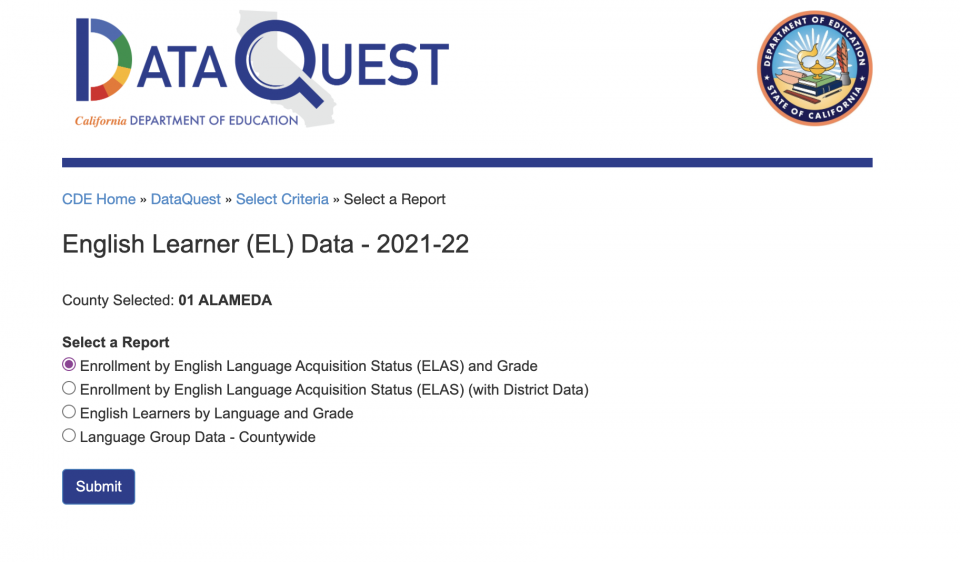 ELLs are generally called English-as-a-Second Language (ESL) learners in adult schools, community colleges, and higher education. ESL learners are a large, diverse and growing population coming from a wide range of linguistic, ethnic and cultural backgrounds. They vary tremendously depending on the community being served, and in response to economic and political stressors. They come to our institutions with greatly varying language backgrounds, needs and goals. For all of the aforementioned reasons, ESL learners are difficult to describe statewide.

ESL learners are most likely to be taught in immersion programs in which English is the only language of instruction. In adult schools, such programs are non-credit with open-entry, open-exit policies. In community colleges, ESL courses may be offered as non-credit, non-degree applicable credit (in which students receive credit but it is below transfer level credit that cannot be applied to a degree), or credit depending on the needs of the population to be served and the educators writing and approving the curriculum. In higher education, most programs are credit-bearing.

Success is measured by persistence and course advancement, program completion, certificate and degree attainment, and transfer to higher levels of adult education. Adult education and non-credit community college courses are difficult to measure as attendance is not mandatory. Community colleges are measured by persistence at the course level; certificate, degree, transfer statistics at the college level; ARCC data; and by using a statewide Basic Skills Tracker to monitor course advancement in terms of enrollment and passing rates.

Similarly, higher education institutions are measured by the number of students successfully transitioning into college-level coursework. Unfortunately, such measurements are not inclusive of the nonacademic goals of many ESL students and are not adjusted to exclude those who drop out due to job opportunities, family obligations, economic hardship or disabilities.

Students who are not successful completing courses may lose financial aid opportunities or enrollment priority for future semesters, limiting their access to higher education.

ESL learners and the schools and colleges that serve them face several challenges:

The following organizations offer information regarding English Language Learners in support of educators, parents, and communities.