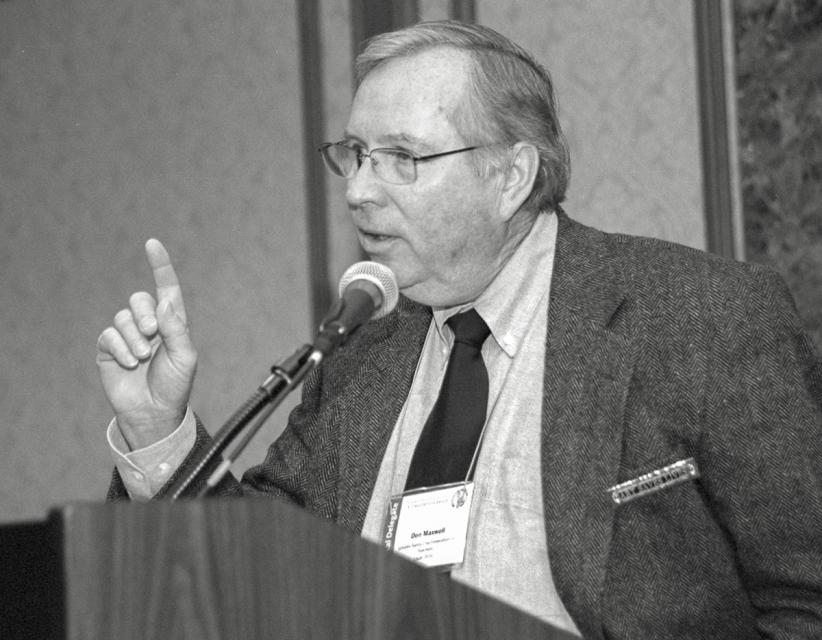 As a founding member in the late 1960s, Don confronted the school district on the right to distribute information to teachers independent of the CTA. Principals, then CTA members themselves, refused to allow union literature in mailboxes.

After establishing the union’s right to inform teachers, Don brought visibility to the union by publishing the Board Hi-Lites after every board meeting. Working often until after midnight, Don and a small committee met at the union office to report board actions, run copies and deliver them to a central location for early morning distribution. Publication of the Board Hi-Lites continued for over 15 years and served not only to keep teachers informed but made the district and the board aware that their actions were being closely monitored.

Don’s first term as GSCFT president began in 1979 — in the midst of a decertification campaign. Prior to the campaign, however, Don worked both overtly and covertly to create a coalition between the Santa Cruz City Teachers Association (SCCTA) and GSCFT. As a “dual-agent,” Don participated in “unity” talks and, together with SCCTA President Donna Cohick, convinced both executive councils that a coalition held promise for both organizations.

The state CTA was adamantly opposed to a Santa Cruz coalition and, after a narrow vote, the SCCTA withdrew. SCCTA lost their strongest leaders when both Don and Donna resigned. Under Don’s leadership, the decertification campaign was a success and GSCFT became the official bargaining agent. As Raoul Teilhet explained, “The CTA lost the campaign when they lost the leaders in Santa Cruz.” Still committed to unity, Don sent a letter to SCCTA offering to create a coalition, but the letter was returned unopened.

Four QuEST conferences were held in the Monterey Bay area in the 1980s, showing Don’s strong commitment to improving public education and achieving professional recognition for teachers. Always working for traditional “bread and butter” issues, Don also worked to increase teacher influence over policy decisions at local, state and national levels. He participated in the Commons Commission Study of the Teaching Profession and also guided both the district and the local in the creation of an Educational Policy Trust Agreement establishing a peer evaluation plan modeled after the Toledo plan. Teachers in Santa Cruz looked to their union for professional support as well as contract enforcement.

Don was elected president of GSCFT for the second time in 1985 and established a tradition of welcoming GSCFT members back to school with an open house at the home that he and his wife, Sharon, designed and built.

Don decided to run again for GSCFT president in 1994 — in order to challenge the district plan to use Certificates of Participation to build a new district office. The district went ahead and built the “Taj Mahal,” but Don has the grim satisfaction of having been right. The district lost money.

Don won distinction as an outstanding art teacher in addition to his recognition as a union leader. He won art fellowships to the National Gallery of Art as well as a fellowship to Ohio State University leading to an MFA in Painting/Art History. In 1973 he wrote the fine arts graduation requirement that is still in place in Santa Cruz City Schools. In the late 1990s he served as an art consultant in Art Curriculum and Standards.

Believing in the importance of standards in academics as well as the arts, Don became an expert in international standards and led workshops at CFT QuEST conferences. He monitored the State Commission on Academic Standards in the late 1990s for CFT and was frequently consulted by the panel because of his knowledge and classroom expertise.

Don served CFT as a vice president from 1992-98 and continues to serve as the chair of the Raoul Teilhet Scholarship Committee. He was instrumental in the founding of the Monterey Bay Council, committed to fostering communication between local leaders.

Don worked throughout his GSCFT career to expand the number of members involved in union leadership and to bring young teachers into the locals. Every time he left office, he made sure that there was someone ready to assume leadership; he was an active and involved past-president. Don’s credibility is based on performance — both in the classroom and as a union leader. He reads voraciously in the areas of art and education and has always been well-informed and articulate. True to form, Don has again come out of retirement to return to the classroom, teaching art at Harker School in Saratoga.