Day of Action brings out CFT Members across state

CFT Statement on “Day of Action”

“Build Schools, Not Walls,” say educators across the state

As educators join with immigrants to celebrate International Workers Day, the origins of the holiday resonate deeply with what’s going on in our country today.  A day to commemorate the contributions and sacrifices of nineteenth century immigrant organizers on behalf of the eight-hour workday is an appropriate moment to step up and defend the endangered values that we cherish. 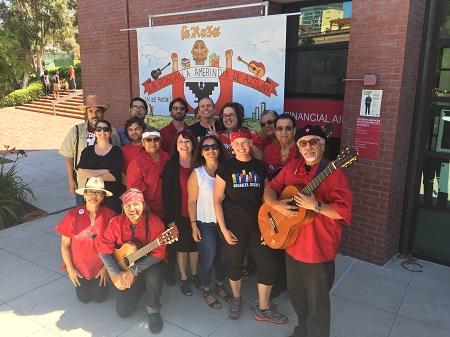 The CFT is proud to be part of the Alliance to Reclaim Our Schools (AROS) to oppose the privatization agenda of the Trump administration and fight for a quality public education system.  All working people, including immigrants, depend on good public schools to advance as participants in a democratic society and workers in a challenging economy.  This is why AROS issued the call to “Build Schools, Not Walls” during the Day of Action. 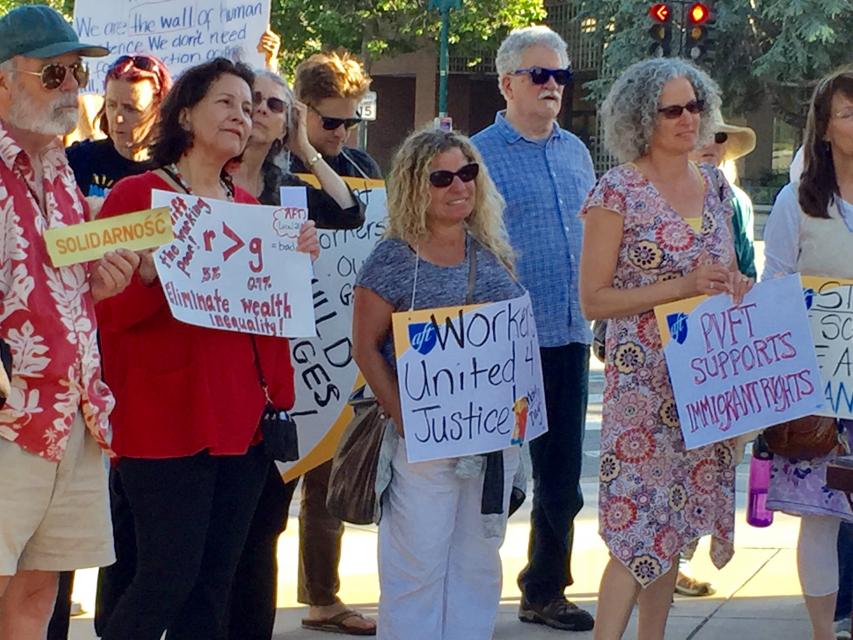 Today our members across the state organized walk-ins, teach-ins, and joined with our sisters and brothers in the immigrant community and labor movement to march, rally and demonstrate our commitment to maintaining the cornerstone of our democracy, public education.  Public education is a right, like the eight-hour day.  It is no coincidence that the Trump administration is attacking public education, immigrant and workplace rights, and progressive taxes at the same time.  Each of these rights and policies and institutions stand in the way of unfettered economic inequality. 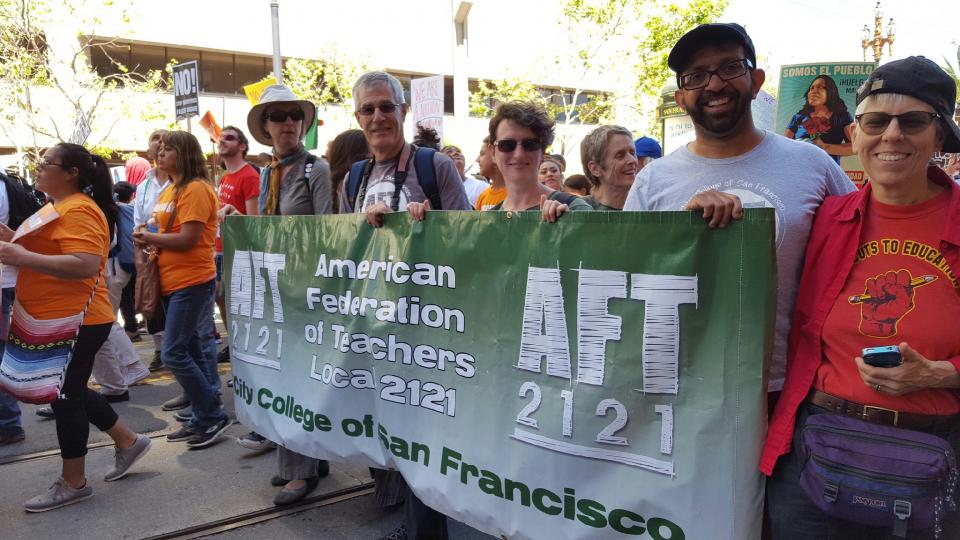 It took more than fifty years before the movement for an eight-hour workday was crowned with success.  Rich businessmen proclaimed that such an idea was preposterous, would spell the end of prosperity, and trample on property rights.  Working people said that everyone has the right to some time away from the job:  “Eight hours for work, eight hours for sleep, eight hours for what we will.” 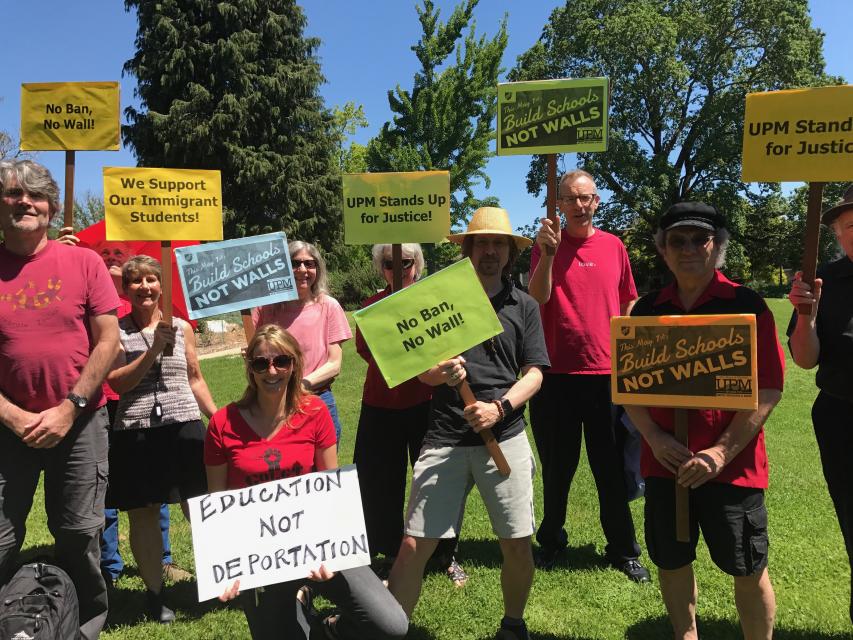 The California Federation of Teachers represents 120,000 faculty and school employees in public and private schools and colleges, from early childhood throu

After passage of the Fair Labor Standards Act in 1938, the economy didn’t collapse.  In fact, the eight-hour day meant workers could help support a stronger economy with their increased purchasing power, and had time to participate in the political life of the nation. 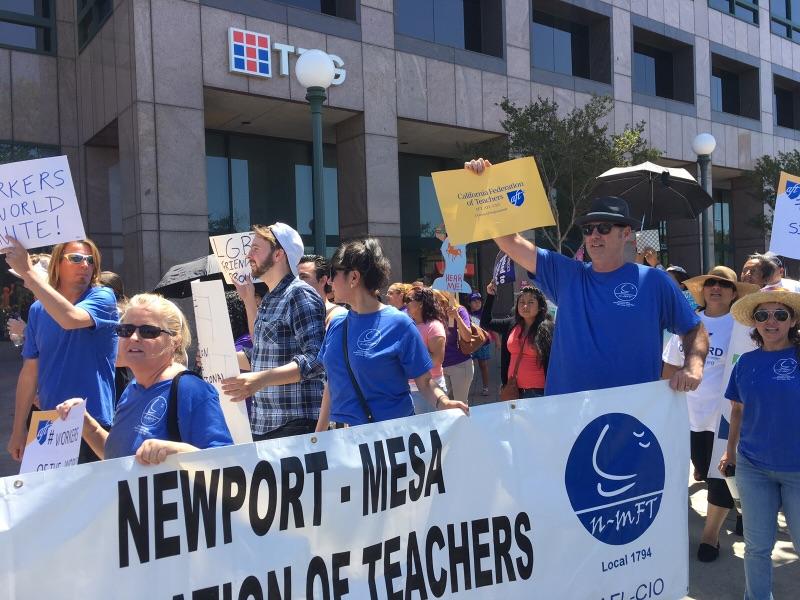 When rights need defending, the bigger, louder and stronger that defense should be.  That’s why CFT stands today with our students, their families, the broader immigrant community and organized labor.  Our mobilizations and our movement are just beginning. 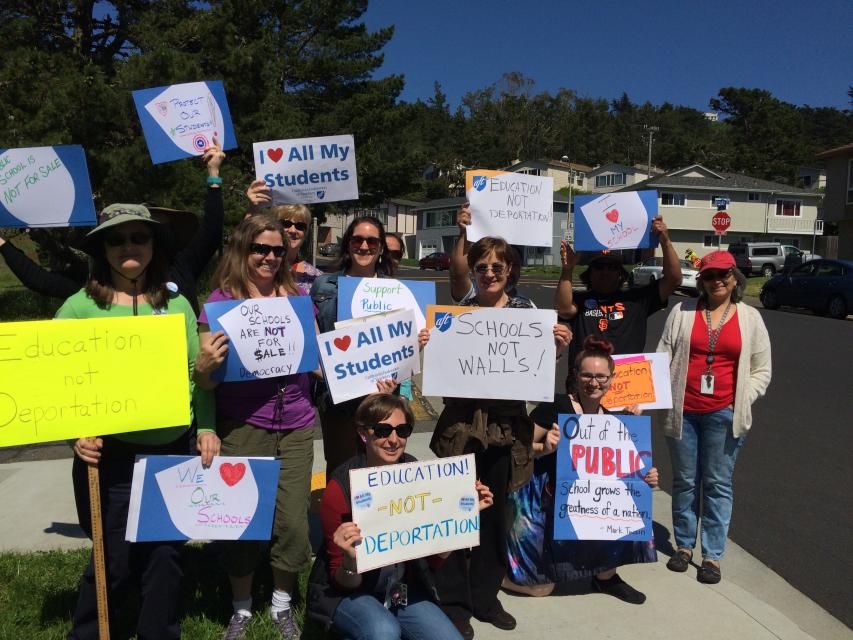