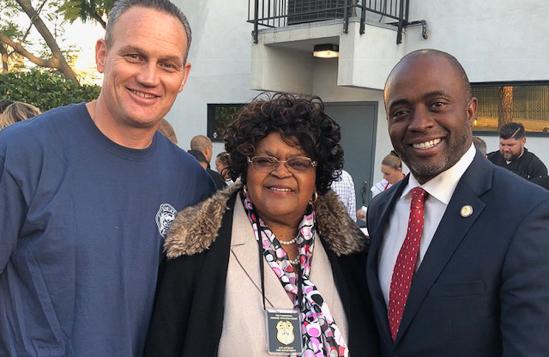 “I reached out to Tony the minute I learned he was the union candidate,” she said. “I knew he had to win Los Angeles County to get elected, and I know what you need to do to win here.”

I reached out to Tony the minute I learned he was the union candidate. I knew he had to win Los Angeles County to get elected, and I know what you need to do to win here.

Woods-Gray isn’t a high-priced campaign operative. The retired L.A. Unified teacher is a veteran leader of UTLA’s political action network, PACE, and packs a wallop when she volunteers for a cause or candidate.

“I am a union-trained activist,” she said. “The first thing we did was form a team to get Tony into churches so people could meet him and know where he stands.”

Every Sunday, Woods-Gray and the team escorted Thurmond in and out of as many as five churches. Their car caravan would work its way from Compton to the Inland Empire and back. The candidate spoke three times at L.A.’s famed First AME church during the primary and general campaigns. 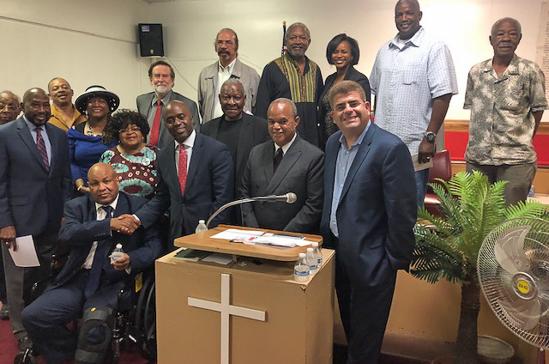 “Ministers sang his praises,” Woods-Gray said, adding with a playful take on their thundering, evangelical zeal in the pulpit, “This is the man we need!”

When the candidate wasn’t available, Woods-Gray stood in for him at meetings around Southern California. She also posted regularly on Facebook, Instagram and Twitter, raised funds and phonebanked. Thurmond enjoyed a feature spot on the email slate she sends to a large circle of friends and family every election.

“This campaign was especially important for me,” she said. “It was about the future of my daughter, who is a teacher, and about the quality public schools my great-great-grandchildren will need.”

Woods-Gray jumped into politics as a young student in the early 1960s. She has since become a fixture in local campaigns, especially if an issue centers on labor or public education.

“I’ve licked a lot of stamps and envelopes.”

Retirement has meant more time for activism. Woods-Gray currently belongs to a half-dozen local Democratic Party clubs and an array of community groups. She also sits on the L.A. City Fire Commission. 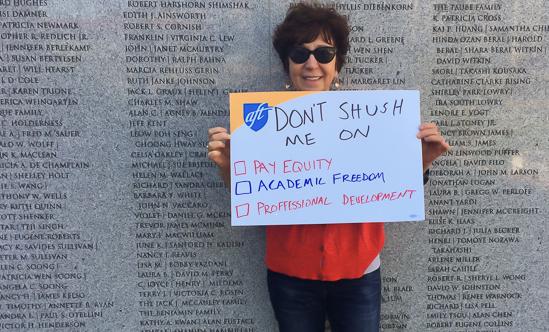 Stephanie Kay taught in the writing program at UC Riverside for 28 years. Kay also helped organize the UC-AFT Retiree Chapter, and moved to Oakland after she retired.

Kay now serves as Retiree Chapter treasurer and recently began to volunteer for the UC-AFT Berkeley local. She draws on six years experience as a grievance steward at Riverside to tackle abuse of lecturers, the growing segment of UC faculty that is non-tenured.

Plain and simple, I like taking on the administration. I’ll never retire from that. They are powerful, and they abuse their power regularly.

Each campus has its issues and priorities, Kay said, but the grievance process spans the system. The big difference at Berkeley, she added, is sheer scale. In an academic year, for example, UCB has 1,500 lecturers with about a one-third turnover. Of 886 lecturers recently working, 413 were union members.

Kay said the university is infamous for firing lecturers in their fifth year, before their sixth year of service triggers the continuing appointment review process. “Lecturers are workers. The university likes to throw them out before they become permanent.”

Plain and simple. I like taking on the administration. I’ll never retire from that. They are powerful, and they abuse their power regularly.

Her work allowed Berkeley field reps to focus on the chapter’s fall membership drive. “Since the Janus decision, the union can’t afford to field the grievance team they once did, so I’m glad to volunteer. We retirees all have more time now.”

Labor education was a major component of the drive. “People don’t understand the power of unions, and that includes many young lecturers who don’t know what unions do.”

Kay holds a doctorate in 20th Century British and American Literature, and she has a flair for putting pen to paper when it’s time to defend working people.

“Writing grievances requires you to compose an argument for why the university is violating the memo of understanding and a union member’s due process. That takes some elegance.”