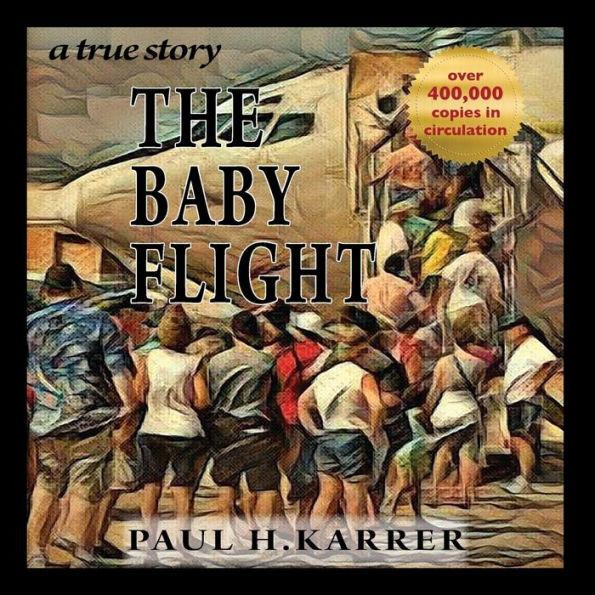 PAUL H. KARRER, a retired member of the North Monterey Federation of Teachers, Local 4008, published a 58-page fully illustrated booklet The Baby Flight about an orphan delivery he – an American teacher in Korea – made to the United States one Christmas Eve. Over 400,000 copies of the story are already in circulation in Chicken Soup, Open My Eyes Open My Soul and numerous periodicals. Diane Ravitch called Karrer’s work “a beautiful and moving story.” Karrer donates a percentage of his book’s profits to Ravitch’s organization, the Network for Public Education. The book is available from Barnes and Noble, in soft cover and for Nook. Explore more of Karrer’s work on his website.

SUSAN WESTBROOK, former president of the CFT Early Childhood/K-12 Council and a CFT Member-at-Large, will be presented the Distinguished Teacher Educator Award from the California Council on Teacher Education on October 19. This is an occasional award the CCTE gives to recognize special contributions long-time leaders have made to the organization. In her 24-year association with CCTE, Westbrook served on its board, presented at its conferences, and represented the organization in Sacramento, while always championing union values. She co-chaired CCTE’s Lives of Teachers Special Interest Group and the Policy Committee, building on the policy work she did for the CFT. 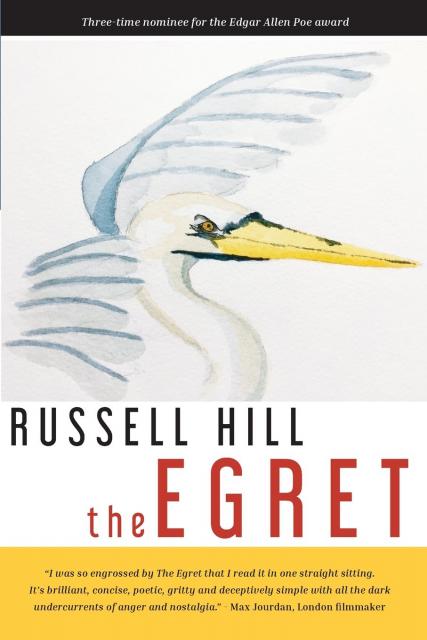 RUSSELL HILL, past president of the Tamalpais Federation of Teachers, AFT Local 1985, and former editor of the California Teacher, launched his latest novel in July at a reading at the Book Depot in Mill Valley attended by union brothers and sisters, as well as friends and family. Hill is a three-time nominee for the Edgar Allen Poe award, and describes his newest work, The Egret, as a story about obsession, about an individual whose life becomes focused entirely on revenge after a hit and run driver pinwheeled his daughter’s car into the waters of Tomales Bay. Hill has published widely and in various genres, from poetry to teaching techniques. The Egret, published by Pleasure Boat Studio in Seattle, is available in bookstores, and from Amazon and Barnes and Noble.

BRENDA CHAN, a member of the Los Angeles College Faculty Guild, AFT Local 1521, who for the past 25 years served as a nurse clinician and educator, in both academic and service settings, was presented a Hayward Award for Excellence in Education by the California Community Colleges Board of Governors. Chan has assisted more than 2,000 students to achieve academic success by using student-centered teaching strategies and the latest educational technologies. Her pedagogy at East Los Angeles College is both inclusive and empowering to students, from providing accommodations according to the American with Disabilities Act, to supporting annual scholarship funds. Chan herself started as a student at East L.A. College, where she took prerequisites for the RN program. Hayward Award winners are selected by their peers for demonstrating the highest level of commitment to their students, college and profession; each winner receives a $1,250 cash award.

SHUSHANEK SILVAS, a part-time instructor for Fresno City College and member of the State Center Federation of Teachers, AFT Local 1533, was also presented a Hayward Award for Excellence in Education by the California Community Colleges Board of Governors. Through her role in tutorial, specifically with reading and writing, she has implemented Essential Skills Workshops, while working with counseling and financial aid departments to create a platform of college student success skills. She helped design the English Placement Test Prep, which assisted students to place more accurately. Silvas’ recent research aims to understand the plight of adjunct faculty, who comprise a large portion of the student’s journey. In response to her findings, Silvas is developing a program to increase institutional cohesiveness and psychological safety, which will, as a result, improve the student experience. 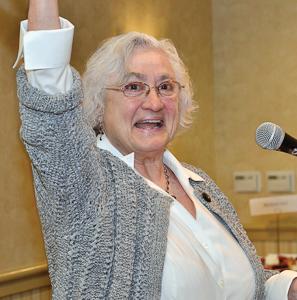 JACKI FOX RUBY, 80, a long-time educator and leader in the CFT, died August 12 of congestive heart failure. Ruby was an award-winning teacher and president of the Berkeley Federation of Teachers, AFT Local 1078, who also served as the longest running leader of the CFT’s EC/K-12 Council starting in 1993. By the time she stepped down a decade later, she had helped secure the movement against the No Child Left Behind Act. Ruby was passionate, caring and loyal. She was a strong fighter for educators, and for all working people. In this 1998 picture from CFT Convention, Ruby is shown with fellow council officer Mike Weimer, patiently listening to then Superintendent of Public Instruction Delaine Eastin. In later years, Weimer and Ruby married. In 2011, Ruby was awarded the CFT’s highest honor, the Ben Rust Award, for her dedication to union values. A memorial will be held December 30 in the Bay Area; details are pending. 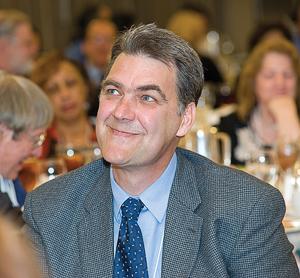 MARK NEWTON, former president of the San Jose/Evergreen Federation of Teachers, AFT Local 6157, and also a recipient of CFT Ben Rust Award, died on August 17, at age 61 after a long battle with cancer. Newton served the union for many years. After helping to organize faculty into the AFT/CFT in the early 2000s, Newton, a biology instructor, presided over the union the first seven years after being chartered. Newton was instrumental in building the local into a strong organization that fought for all faculty, especially adjunct faculty. After serving as president, Newton was the chief negotiator and grievance officer for another 15 years. He was a long-time member of the South Bay Labor Council executive board and received the CFT Ben Rust Award in 2010. Newton was a gentle soul; he was a ‘tender warrior’ who cared profoundly about students and the integrity of the work environment. A celebration of life will be held in the coming months; details are pending.

> Please feel free to email us items for inclusion in Rank & Files. Include all the pertinent details.