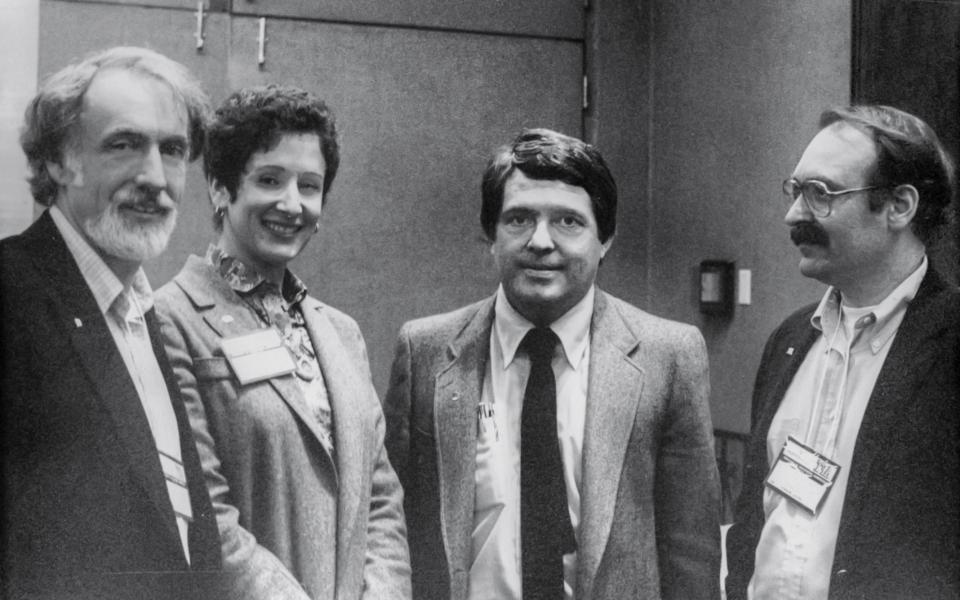 On May 20, 1976, I cast the first vote for teachers’ collective bargaining in the state of California. TV cameras recorded the event at Redwood High School in Larkspur, and in those pre-DVR times, the family watched it that evening on the 6 o’clock news.

I spent the rest of that day — as a member of the local’s election organizing team — going to polling places in our small suburban district, making sure everyone got out to vote and that nothing had gone awry. When the count took place and our AFT local had won, we all knew history had been made.

Prior to 1976, negotiations for K-12 employees were conducted under rules contained in the Winton Act, wryly known as “meet and defer.” Teachers and classified staff had few employment rights and illogical rules prevailed.

For example, in my first semester as a teacher in San Francisco, my paycheck calculation didn’t reflect the units I had earned during my student teaching the fall semester before my January hiring.

I was told that no teacher could earn salary credit in the fall and have it applied to the spring. “But that was student teaching,” I argued. “I wouldn’t have a credential without those units!” Sorry. No recourse, I was told. Far worse things than that occurred, and faculty who questioned policies sometimes lost their jobs.

Relief did not come quickly or easily. The CFT had presented the first collective bargaining bill in 1953, during Gov. Earl Warren’s administration. It did not pass. The Brown Act, in 1961, was the first comprehensive statewide labor relations law for public employees. It included all public entities (state, county, city, public school and college, and special districts), but limited negotiations to “meet and confer,” and did not include binding agreements or exclusive bargaining representation.

The Winton Act, passed in 1965 and built on previous laws, recognized employee councils and recommended that school boards incorporate agreed-upon items such as “written resolutions, regulations or policies,” into the employee handbook. It did not require “good-faith negotiations” or arbitration of grievances or support impasse procedures. In the struggles that had attended our local’s negotiations, including a one-day walkout, our union leadership reminded us we would get collective bargaining as soon as we elected a Democratic governor.

In less than a decade after passage of the Winton Act, the Legislature’s Assembly Advisory Council on Public Employee Relations recommended comprehensive collective bargaining agreements for all public employees in its 1973 Aaron Report. Bills to enact this recommendation failed in 1973, 1974, and 1975.

The Rodda Act was different. Officially Senate Bill 160, the Educational Employment Relations Act was developed as a compromise between public education unions and employers. Newly elected Gov. Jerry Brown signed the bill into law on September 22, 1975. It benefits classified and certificated employees equally, pre-kindergarten through community college. It also established what is now called the Public Employment Relations Board.

In separate legislation, collective bargaining was extended to most state workers in 1978 and to higher education employees in 1979. By 1997, more than 675,000 pre-K through university employees were covered by the acts.

When the Rodda Act went into effect on January 1, 1976, an explosion of representational elections followed. Teachers and classified employees across the state could finally choose their union.

Where I taught then, in the Tamalpais Union High School District, eight months passed between that historic election and the signing of our first contract. We struggled with the concept of “scope of bargaining,” and picketed board meetings carrying signs that said “Scope Is Not Just A Mouthwash.”

Management dragged its feet in the new process. It became clear that administrators and board members attended training to learn how to get what they wanted within the new parameters of collective bargaining.

The school board wouldn’t budge on transfer and we couldn’t get binding arbitration. We never did work out an assignment policy that satisfied the union, but managed to achieve other improvements in working conditions. Teachers got extra stipends for coaching and various other student activities. We won expanded leaves for bereavement and family illness. We learned that the contract is a work in progress and realized we would not get all we wanted in that first agreement.

Despite this, the gains were clear. In the first grievance we filed, a teacher had earned units that bumped her from the middle of one column on the salary schedule to the bottom of the next one. The contract was silent on this question, but the union supported it. The administration said no. We went to a hearing, and prevailed. This affected the member’s retirement income for the rest of her life.

Twenty years later, in 1996, as the first Assistant to the President of the CFT, I was meeting with community college management representatives. Several of the attendees complained about having to go through a process to eliminate classes in the colleges and how much better life would be if collective bargaining weren’t around. I said, “Get over it! We’ve had collective bargaining for 20 years, it’s not going away, so find ways to work with it, not against it.” My remarks received grumbling acquiescence.

Today, 40 years after we won collective bargaining, major efforts are underway to turn back the clock and reverse the gains we’ve made. Despite the need to defend what we have achieved against these attacks, I think we’d all agree that the goals of the Rodda Act, “to promote the improvement of…employer-employee relations within the public school systems in the State of California” have been met.

SNAPSHOT: How we won collective bargaining

Elaine Johnson retired in 2001 as Assistant to CFT President Mary Bergan. Prior to joining the CFT staff, she held every job except secretary in her Marin County local union, the Tamalpais Federation of Teachers, AFT Local 1985. She taught high school English Language Arts from 1968 to 1993 and has been an AFT member since 1973.