Yes on 30: The Schools and Local Public Safety Protection Act of 2012

Proposition 30, the Schools and Local Public Safety Protection Act, is on the November 6 ballot. Along with Proposition 32, it is the most important issue facing California voters among the many ballot measures.

State budget cuts to public education funding, totaling $20 billion over the past four years, have taken a terrible toll on our ability to deliver the education our students need and deserve. Prop 30 will raise $9 billion in the first year, and $6 billion a year for six years after that, for public education and other services. It will also provide constitutional approval for the governor’s realignment of funding for local public safety services while protecting Proposition 98 school funding.

Prop 30 would increase income tax rates on individual incomes in excess of a quarter million dollars per year, and modestly increase the state sales tax by ¼ cent, to provide desperately needed revenues to rebuild our schools and services. 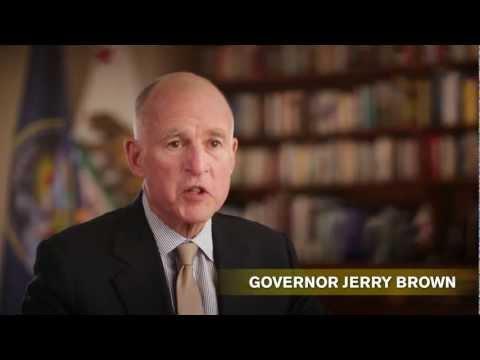 It is a progressive tax measure, with 90 percent of the revenues coming from wealthy taxpayers, and the other 10 percent from the small increase in the state sales tax.

Prop 30 will begin to restore cuts to school programs devastated by years of recession.  It will also prevent another $5 billion in “trigger cuts” scheduled to kick in January 1, 2013, if Prop 30 fails to pass.

Where Prop 30 came from

In March, the CFT and its Restoring California coalition allies (now called Reclaim California’s Future) reached agreement with Gov. Jerry Brown and top legislative leaders to set aside their dueling ballot measure efforts and come together in support of one state revenue measure. The ballot approach to raising revenues was made necessary by the failure of the governor to convince just two Republicans in each house of the Legislature to vote with Democrats on extending temporary taxes the previous year. 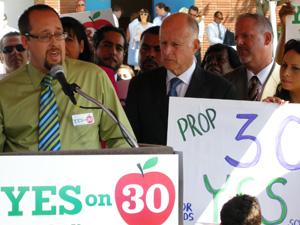 Despite large majorities in favor of the tax extension, the effort failed due to the undemocratic two-thirds requirement for the Legislature to pass a tax, coupled with the anti-tax pledges taken by the Republicans.

By beginning to restore fair tax rates on the wealthy, we can bring back some of the funding for our classrooms and services we have lost over the past several years.  Polling shows this initiative has a good chance with the electorate, because Californians are tired of cuts to education. But its chances increase greatly if voters know that 90 percent of its revenues come from taxing the rich.

This measure will add individual brackets at:

It adds joint filer brackets at:

Prop 30 will ask only people who make more than a quarter million dollars per year to pay more income taxes. The ¼ cent sales tax is half the size of the governor’s former proposal, and will represent just one in nine dollars raised by the new measure. On balance, the ballot measure, if passed, will be the single largest progressive tax ever passed in California history.

It will have to be, in order to make a dent in the problems created by low tax rates on the wealthy coupled with the effects of the recession. The ballot measure will not solve all the state’s problems with one magic wave of the fiscal wand. California now suffers an annual state budget deficit nearly twice the size the state will receive from our ballot measure.

But it’s an important start, and key to its success is that it gets most of the money from the people who have it and can easily afford to pay their fair share. The top 1 percent of income earners has doubled its share of California’s income while paying lower tax rates than it used to 20 years ago.