Ten things to know about immunizations 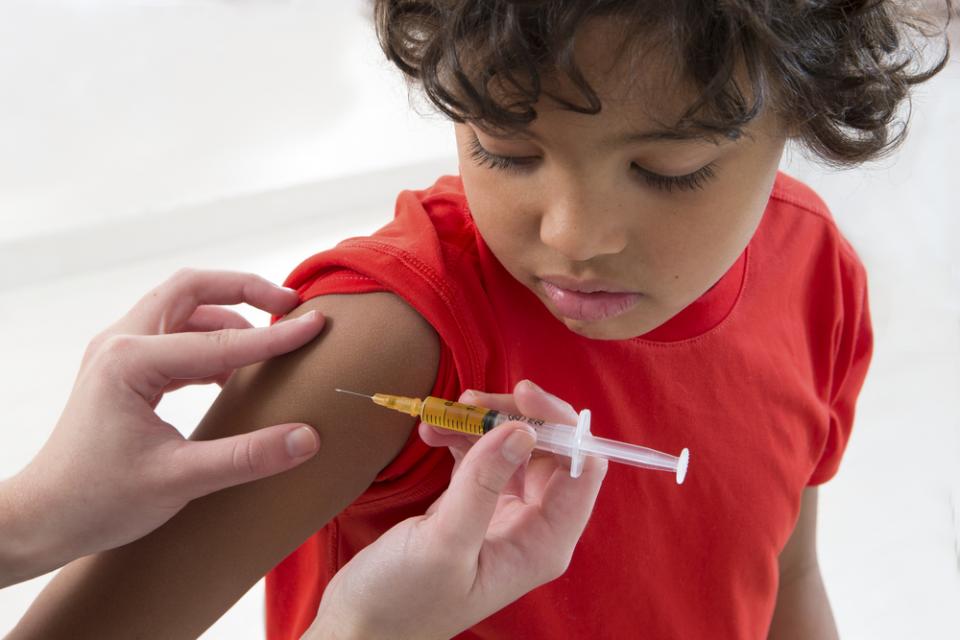 1. Measles is highly contagious and deadly.

In an unvaccinated population, one person with measles can infect 12 to 18 others. That’s higher than other viruses like Ebola and HIV.

Before a vaccine was introduced in 1963, there were 4 million measles cases in the United States each year, resulting in 48,000 hospitalizations and 500 deaths. Measles was also a leading killer of children globally.

2. Vaccines work. But to prevent measles outbreaks, we need 93-95 percent of our population immunized.

These days, with two doses, the measles vaccine is 97 percent effective in individuals. But for the vaccine to protect the population, including the small number of people who can’t be vaccinated, we need what’s known as “herd immunity.”

According to Seth Berkley, CEO of Gavi, the Vaccine Alliance, “As soon as measles vaccination coverage drops below 95 percent, outbreaks are inevitable.” This means that for herd immunity, everyone who is medically able to get the vaccine needs to do so to protect public health.

3. The entire medical community stands behind the science and public health benefits of vaccinations.

The 67,000 members of the American Academy of Pediatrics urge parents to immunize their children.

4. Measles cases are climbing again due to declining rates of immunizations.

In these states, not enough people are vaccinated to maintain the 96 percent threshold for herd immunity.

These outbreaks will cost states (e.g., Washington and Minnesota) and the federal government millions of dollars to contain and will distract from other important public health programs. Most important, the outbreaks will put people who can’t be immunized—newborn babies, kids with vaccine allergies—at risk.

6. States that allow more opt-outs to vaccinations have higher rates of outbreaks. The federal government must act.

National studies show that states that limit the reasons to opt out of vaccination have higher immunity rates. This also can be shown by comparing vaccination rates among states that only allow people who can provide documented medical reasons not to be vaccinated, such as Mississippi’s nearly 100 percent immunity rate for measles, as compared with states like Oregon and Washington that don’t reach the 93 to 95 percent herd immunity bar.

7. Lack of immunization is a global health threat.

In 2019, the World Health Organization called vaccinehesitancy one of the top 10 threats to global health.

Severe cases of measles can be life-threatening. For every 1,000 children infected with measles, one or two will die from the illness, according to the U.S. Centers for Disease Control and Prevention. Serious complications can include encephalitis and pneumonia.

8. There is no proven association between measles vaccine and autism—a theory debunked over and over.

A new large study has confirmed what many other studies have found: There is no association between the measles vaccine and autism—a reason often given by parents for rejecting inoculation.

9. Measles had been nearly wiped out in some countries as a result of vaccination.

According to the World Health Organization, vaccination prevents 2-3 million deaths each year. And 1.5 million more deaths could be prevented if global coverage of vaccines improved.

Before the recent 30 percent increase in measles cases worldwide, the disease was nearly eradicated in some countries.

10. Philosophical objections and fear have contributed to a decline in immunizations.

U.S. researchers have concluded that even a 5 percent reduction in vaccination coverage would triple measles cases, with significant health and economic costs.

According to the 2015 National Immunization Survey, only 72.2 percent of children ages 19- to 35-monthsold in the United States were fully vaccinated as per guidelines from the CDC’s Advisory Committee on Immunization Practices.

In 18 states, families can obtain nonmedical exemptions from the vaccinations required for school entry. A detailed analysis of states with exemptions reveals that several counties, including those with large metropolitan areas, are at a high risk for vaccinepreventable pediatric infection epidemics.

Protecting Yourself on the Job

Adapted from the AFT Nurses and Health Professionals fact sheet on immunizations. For more information, check out this AFT resource guide on immunizations and public health.