Do you remember the Excellence in Education movement, along with the Time on Task idea, and the Assertive Discipline model? These efforts to bring about educational reform followed the publication of A Nation at Risk: The Imperative for Education Reform in 1983 by the National Commission on Excellence in Education. This report popularized many of the privatization notions regarding public education. I refer to this as Phase 1 of the movement to privatize public education.

Ronald Reagan was president and globalization was picking up steam as our automakers were being pounded by Japanese imports. When evaluating our public school system, it was asserted that, if a foreign power had actively engaged in the degradation of our educational system to the current state, it would have been considered guilty of an act of war.

There were multiple indicators that pointed to the mediocrity of our educational system. There was much discussion and concern about international comparisons of student achievement, functional illiteracy, standardized test scores, higher-order thinking skills, graduation rates from college and the endemic complaint from the business and military sector that they were spending millions in remedial education for their workforce or recruits. These deficiencies drew attention as globalization began to affect our competitive edge in the world market and as the integration of computer technology into industrial production increased.

Ten years after A Nation at Risk was published, high schools had lost a large portion of their applied and fine arts offerings. The curriculum shifted to favoring academic classes. While our colleagues in career and vocational education faced drastic reductions in their ranks, union leadership, legislators and the rest of us were busy debating and assisting in the development of Phase II of the privatization movement. During this phase, the charter school and accountability movement swept the nation in various forms, with varied consequences.

In order to achieve their privatization ends, the authors of NCLB needed some way to portray very large numbers of schools as failing. To do this they introduced the use of test result data in a way that is not statistically defensible.

Make no mistake: We need good and frequent measures of student progress and we need to identify those schools that are truly failing in order to help them improve. However, this will not be achieved through a manipulation of data that fails to measure student progress and instead relies on the measurement of successive years of students at the same school site. Under the strictly enforced NCLB guidelines, schools that fail to meet the standards are placed into something called Program Improvement status.

Schools that are deemed to be in Program Improvement (PI) status are subject to ever more severe sanctions as the years pass, culminating with the closure of the school or the transformation of the school into a charter school. These schools can then be run by a private charter school operator for profit.

The first shit of federal Title I dollars from our schools to the private sector occurs at Year 2 of Program Improvement with the requirement of contracting out of supplemental educational services to organizations not affiliated with the school district.

The shortcomings of vouchers are well known. One large problem being that vouchers cannot pay for even half the tuition for private education and therefore are of little or no use to families with low or poverty-level incomes. In other words, vouchers promote middle class flight from public schools.

The trap of NCLB is that educators and schools cannot win the game. We are wasting time and needed funds in attempting to comply with a statistically impossible law designed to define public education as failure. Because of the way the long-term goals of NCLB are defined, most, if not all, public schools will be in Program Improvement by the year 2014. NCLB assumes that each successive class of students will be significantly better than the classes before it and that this improvement can continue forever. This is a statistical impossibility. I agree with Congresswoman Barbara Lee (D-California), that NCLB, as it is currently written, must not be reauthorized by the U.S. Congress.

Again, make no mistake: We very much do need educational reform, true accountability and a realistic level of governmental financial support. We do not need phony reform based upon statistical manipulation, unreachable benchmarks and an agenda of privatization.

Today, Tough Choices or Tough Times defines the problem we face as a nation in similar terms as in the first wave of assaults. According to the privatization proponents, the need to privatize is based on the assumption that privatization is the answer to a number of well-known observations: The American worker, in order to compete with the global worker and to maintain and fund the American dream, must be at least college prepared; our public schools are not producing an adequate number of college graduates needed for our knowledge worker-based economy, particularly in the fields of mathematics and engineering, where the need is most acute; the globalization process is largely complete and those middle class jobs of the past, requiring not more than a secondary education, are gone forever.

The solutions to the problems, as seen by the authors of Tough Choices or Tough Times, include the following:

And how will all these changes be achieved? They will be accomplished by the elimination of our neighborhood public schools and the formation of “contract” schools to be operated mostly by for-profit corporations and non-profit organizations.

Phase III of the privatization of public education has begun. We cannot stand idle and watch as the conversion from public hands to private hands takes place. In the past 20 years we have failed to adequately denounce this shameless dismantling of our public schools and most especially the false premises upon which the privatization arguments are based.

The architects of Phase III are well-funded and are hard at work as we sit and watch. We cannot remain passive and allow a federally facilitated corporate takeover of public education to occur.

We must not regard falsehood as fact and the misuse of data proof. We must stop Phase III or the entire nation will be at risk of public education becoming a commodity sold to local governments by private corporations.

George Martinez is president of the CFT’s EC/K-12 Council. This essay was published on February 4, 2007. 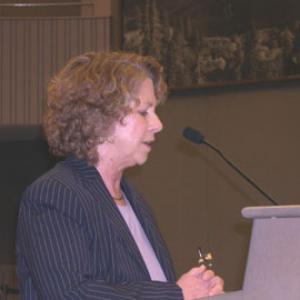 On August 28, the House Education and Labor Committee released its Title I discussion draft of the Elementary and Secondary Education Act reauthorization. The AFT submitted a detailed critique, based on the views of its membership and discussions with parents and students throughout the country.

Below you may access the letters submitted to the House Education and Labor Committee.  In addition, CFT passed a resolution at the September 29, 2007 State Council meeting addressing issues involved in reauthorization of NCLB.