No on Proposition 32 It's not what it seems 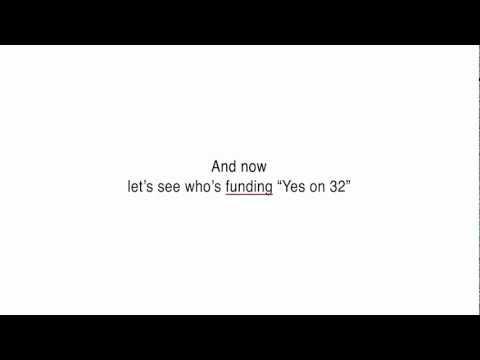 Proposition 32, a measure appearing on the November statewide ballot, is not what it seems. While it claims to be about “stopping special interests” the measure actually exempts corporate special interests and Super PACs from its proposed rules.

Instead, Prop 32 would give even more power to the wealthy and well-connected to influence elections, control government and weaken our state’s middle class, while drastically reducing the ability of unions to represent their members and address workers’ needs through the political process.

The millionaire backers of Prop 32 misleadingly call it “The Stop Special Interest Money Now Act,” claiming it would rein in campaign contributions by both unions and corporations. In fact, the deceptive wording of the initiative specifically limits the voice of union members like teachers and school employees, as well as nurses, firefighters and police.

This one-sided measure would make our post-Citizens United political system even more unbalanced. It does nothing to stop the flow of money from the wealthy in politics. According to non-partisan research, corporations already outspend unions in the political process by a margin of 15-1.

At a time when schools and colleges need all the advocacy possible to protect access for students and the jobs of educators, Prop 32 must be stopped.